The Japanese government approved on Friday a record draft defense budget for fiscal 2020 totaling 5.31 trillion yen ($48.5 billion) as it seeks to strengthen the country's defense capabilities in outer space and cyberspace.

The draft budget including outlays linked to hosting U.S. military bases is up 1.1 percent from fiscal 2019 to a sixth consecutive record high as the country beefs up its ability to deal with North Korean missile and nuclear threats and China's growing maritime assertiveness.

The defense budget grew for the eighth straight year under the administration of Prime Minister Shinzo Abe. 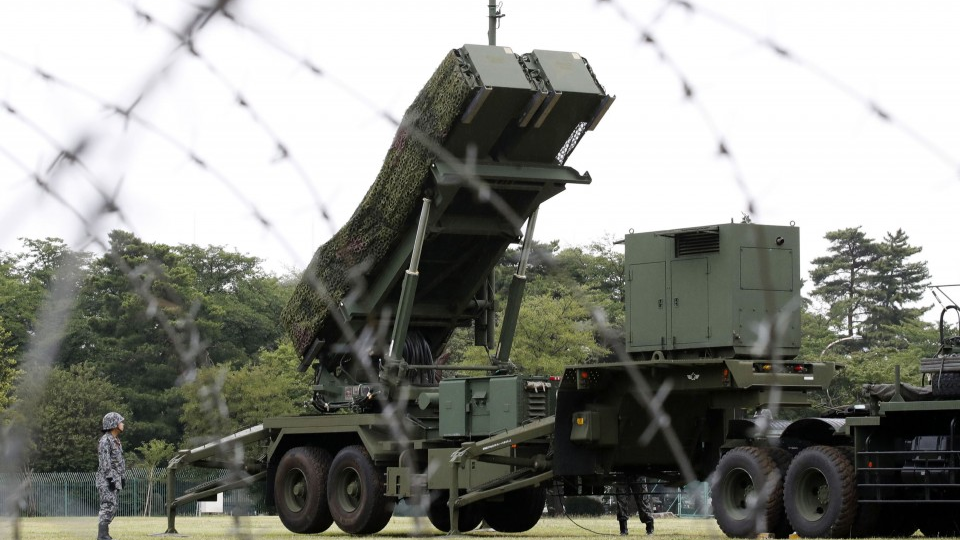 Around 50.6 billion yen was set aside for improving outer space capabilities, an area in which major powers such as the United States, Russia and China are also believed to have been focusing in recent years.

With the country's first space operation unit to be formed inside the Air Self-Defense Force in the next fiscal year, funds will be put toward equipment used to detect electromagnetic interference with Japan's satellites as well as to monitor space debris and unidentified objects in outer space.

A total of 25.6 billion yen will be allocated to improving cybersecurity. The ministry plans to expand a cyber defense unit established in 2014 by increasing its staff from 220 to 290.

Separately, 15 billion yen will be earmarked to develop a "stand-off electronic warfare aircraft" which can hinder invading enemy forces by jamming equipment.

The government also earmarked about 28 billion yen to develop fighter jets to succeed the ASDF's aging F-2s, which are expected to be retired in the 2030s, and conduct research on its controlling system. Japan has been considering co-developing the future fighters with U.S. or British companies, according to government sources.

As for the planned purchase of Lockheed Martin Corp.'s F-35 fighter jets, 28.1 billion yen is to be spent on importing componentry for three F-35As which will be assembled domestically to reduce costs, while 79.3 billion yen will be used to acquire six F-35Bs, capable of short takeoffs and vertical landings.

It is assumed the F-35Bs will operate off the Izumo flat-top helicopter carrier, which the government decided to upgrade with 3.1 billion yen, so it can transport and launch the cutting-edge fighters.

To counter the perceived threat from North Korea's missile arsenal, about 12.9 billion yen was secured to acquire the vertical launching system for the U.S.-made Aegis Ashore land-based missile defense batteries and conduct surveys to evaluate candidate sites to install them.