Going on a silent retreat may be one way to care for your mental health, but for those intimidated by sitting in stillness, the good news is, silence isn't always golden.

"Kickboxing is a full-body workout that engages every muscle group in your body. Of course, the physical benefits are thrilling, but the mental rewards you reap are even greater," says Nitta, head trainer and owner of a bustling Tokyo kickboxing gym.

"You can wake yourself up with an adrenaline-pumping kickboxing class or release your stress at the end of the day in a controlled and safe environment. Kickboxing is a practical tool for a balanced mind and body. It's a form of moving meditation," he says. 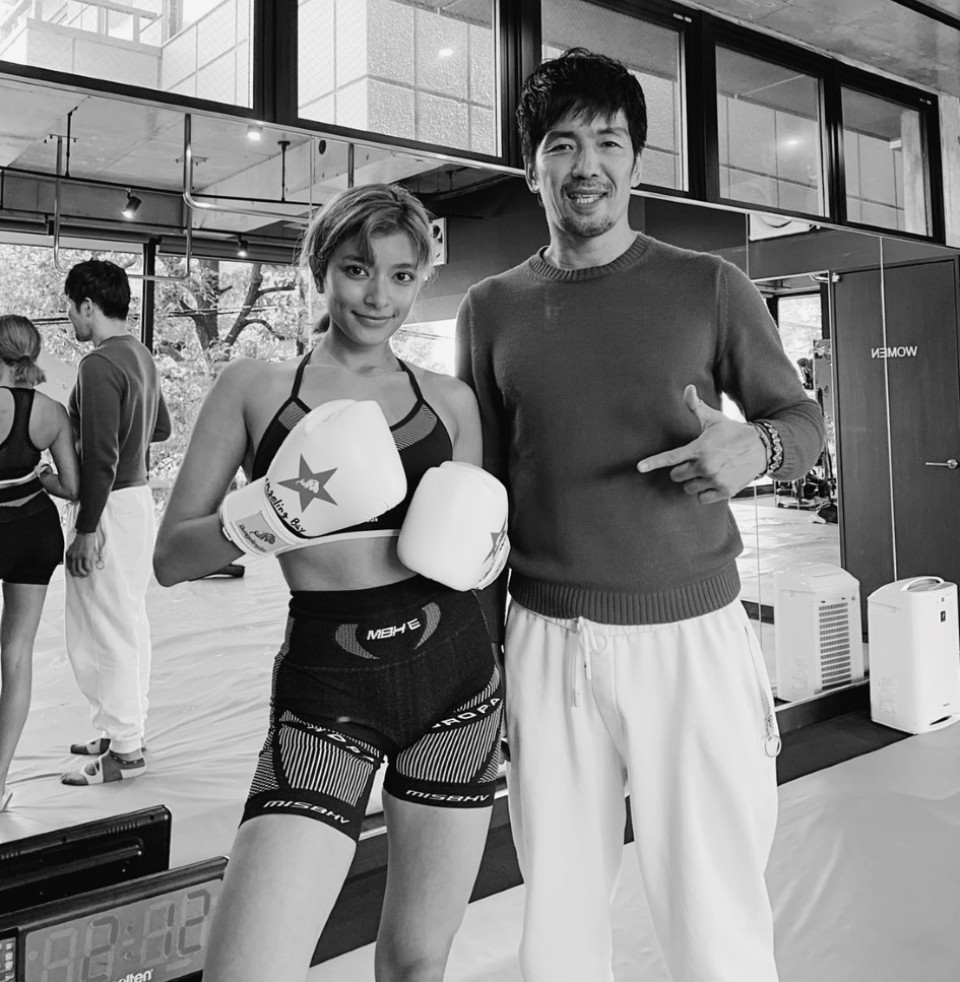 Troubled teens, top executives and runway fashion models are among those fighting with a purpose at BungelingBay, a boutique kickboxing studio in Tokyo's hip inner-city Ebisu neighborhood.

BungelingBay was founded in 2003 by Nitta, who has two world championships and three national championships to his name. The professional kickboxer-turned-entrepreneur now runs five gyms in Japan and has established himself as a businessman who punches above his weight.

With Hollywood stars Angelina Jolie, Halle Berry, Britney Spears and Jennifer Lopez turning to kickboxing to stay in shape, the martial art has become the go-to workout for many famous faces in Japan as even the most small-boned, petite women look to take a swing. 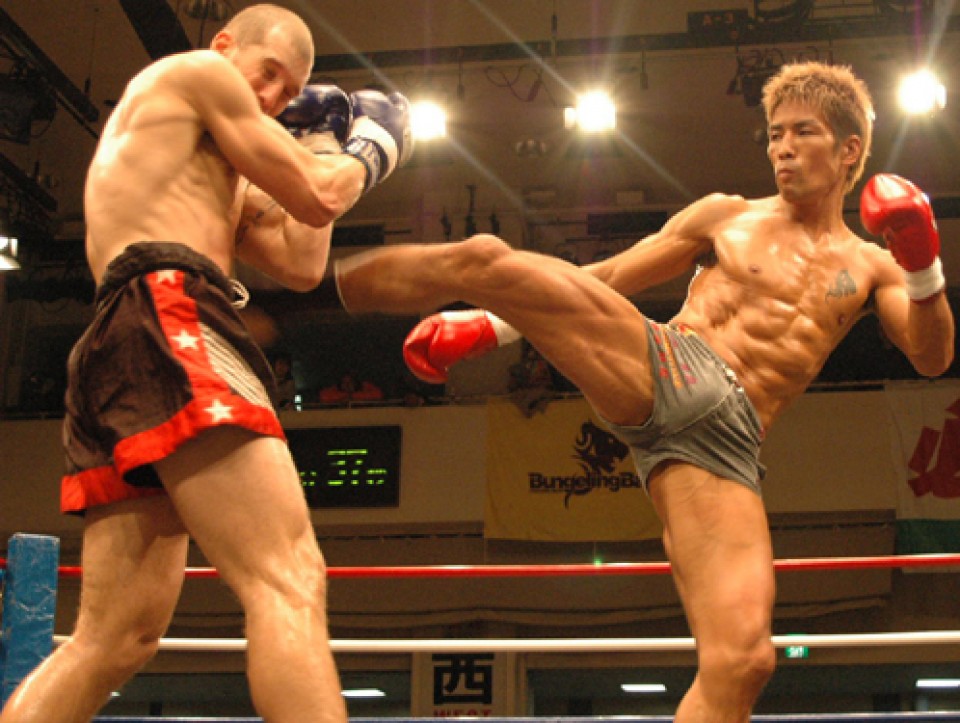 (Akeomi Nitta (R) and opponent Nick Fiordo in a fight in Tokyo on Jan. 21, 2005.)
[Photo courtesy of BungelingBay]

Despite the punches, kicks, ducking and weaving, and heavy breathing, kickboxing is not all about physicality. It targets the mind and spirit as much as it does the body, making it a well-rounded fitness regime for the modern working warrior.

Martial arts have also been used as an alternative or complementary therapy that can help people of all ages and all walks of life sort through physical, mental, spiritual and emotional issues.

Doctor Hisayoshi Hirose, who has been incorporating kickboxing training into counseling and psychotherapy for 19 years at his Shinjuku OP Hirose Clinic, says the therapeutic potential of kickboxing is incomparable to that of any other sport.

"I've always believed in exercise therapy and encouraged patients to participate in physical activity, but the outcomes were influenced by individual differences. But when I tried kickboxing I was very hopeful it could be a game-changer," Hirose said.

"The results have been eye-opening. It has far more advantages over prescribed medicine and traditional treatments."

Through one-on-one drills, the doctor looks for a pattern of footwork movement as the patient kicks, and that data is used to support a diagnosis. At times a sparring session will reveal that a patient is situationally depressed and not clinically depressed.

Hirose treats 25 to 30 patients a day using this unique type of therapy, and he says it has proven effective in those suffering from depression, developmental disorder, anxiety disorder and alcoholism, among other psychological conditions.

Nitta credits kickboxing with turning people's lives around. He has witnessed biker gang members, adults with depression, bullying targets and directionless youth take up the sport and make serious adjustments in life that have delivered better mental health.

When he isn't readying to rumble, the 46-year-old Nitta is described by friends as someone who wouldn't hurt a fly. Since he exited the ring at 35, Nitta, a father of two boys and a devoted rabbit owner, is unafraid to show his softer side. 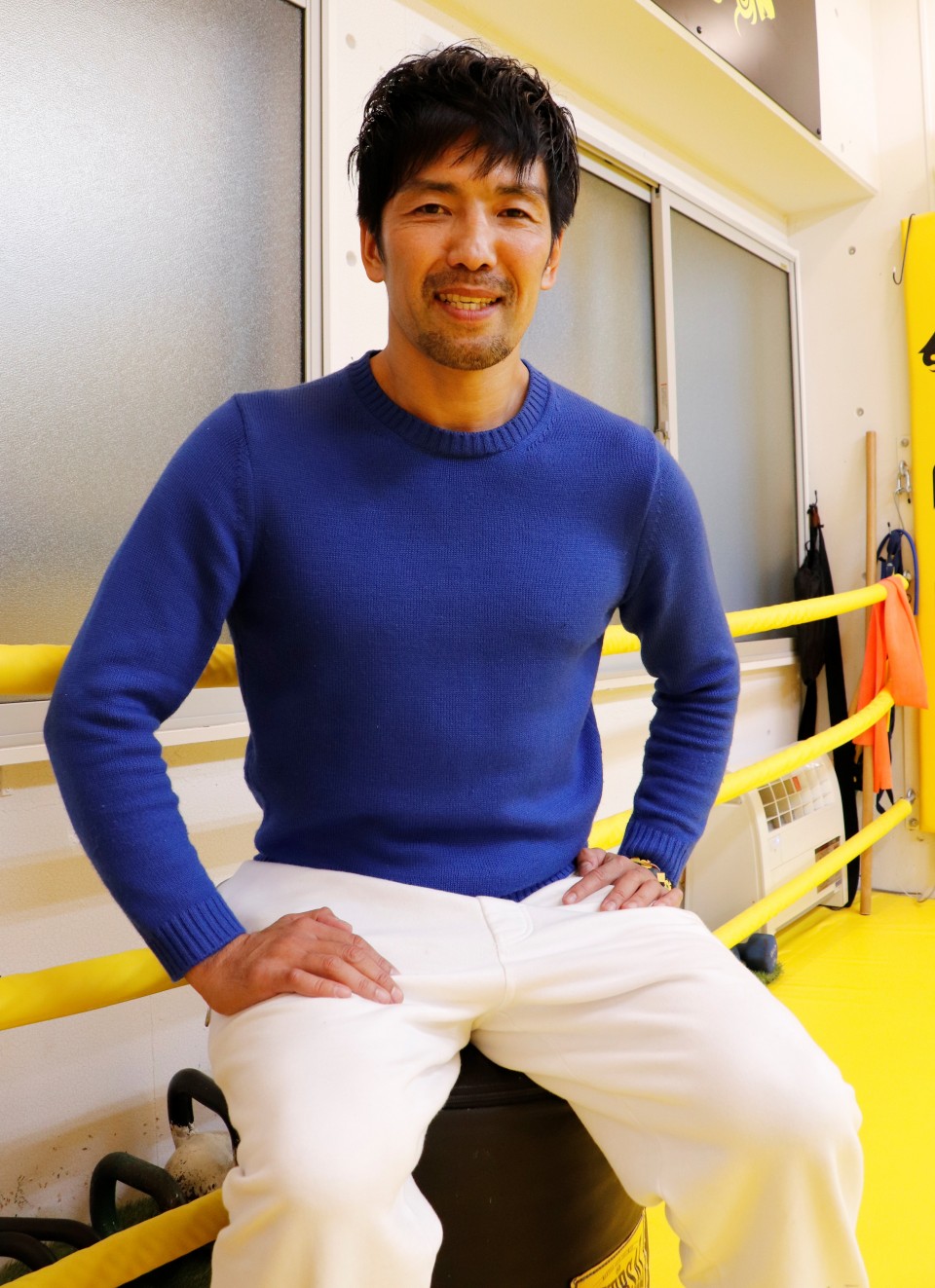 "I hate violence. I'm a happy ending kind of guy. I'll never go for murder mysteries or crime novels when choosing a book. I don't want to feed the bad wolf in my head. I'm not a social media fan, either. It harms your mental health," he says.

Building his physical and fighting prowess was a way for Nitta to hide an inferiority complex -- the reason he signed up for his first martial arts class at a local gymnasium when he was 17. He tried his hand at taekwondo and karate before he discovered kickboxing.

"I started martial arts because I wanted to do something about the feelings of self-loathing and shame. I kept comparing myself to others and always ended up selling myself short. I thought maybe if I got bigger and stronger, it would improve my confidence," he said.

"It changed my life in more ways than one. I couldn't make eye contact with others or talk to women before. Martial arts taught me many valuable life lessons."

The lessons lasted long after Nitta hung up his gloves, and in 2003 he convinced investors to back his startup gym business in the suburbs of Tokyo while he was still fighting professionally. In 2008, just before he retired, he took out a 20 million yen loan to open his own gym in Ebisu.

It took a few years to build up a client base, but all his hard work actually translated into profits.

Today, his three gyms in Ebisu have 600 members and he employs 60 people, including those who work in the Komazawa and Fukushima gyms.

"Martial arts aren't just for tough, macho guys. Kids, students, housewives, office workers, athletes, TV stars, politicians and CEOs all come to our gyms. The youngest is probably 3 years old, and the oldest is in his 70s."

GQ Japan editor-in-chief Masafumi Suzuki, 70, is a loyal kickboxing devotee who has been a member of a Nitta gym for about 15 years.

Suzuki, who calls his Saturday workouts a "lifestyle habit," says kickboxing has helped him enhance his reflexes and improve hand-eye coordination, and most importantly, keeps him "anchored." 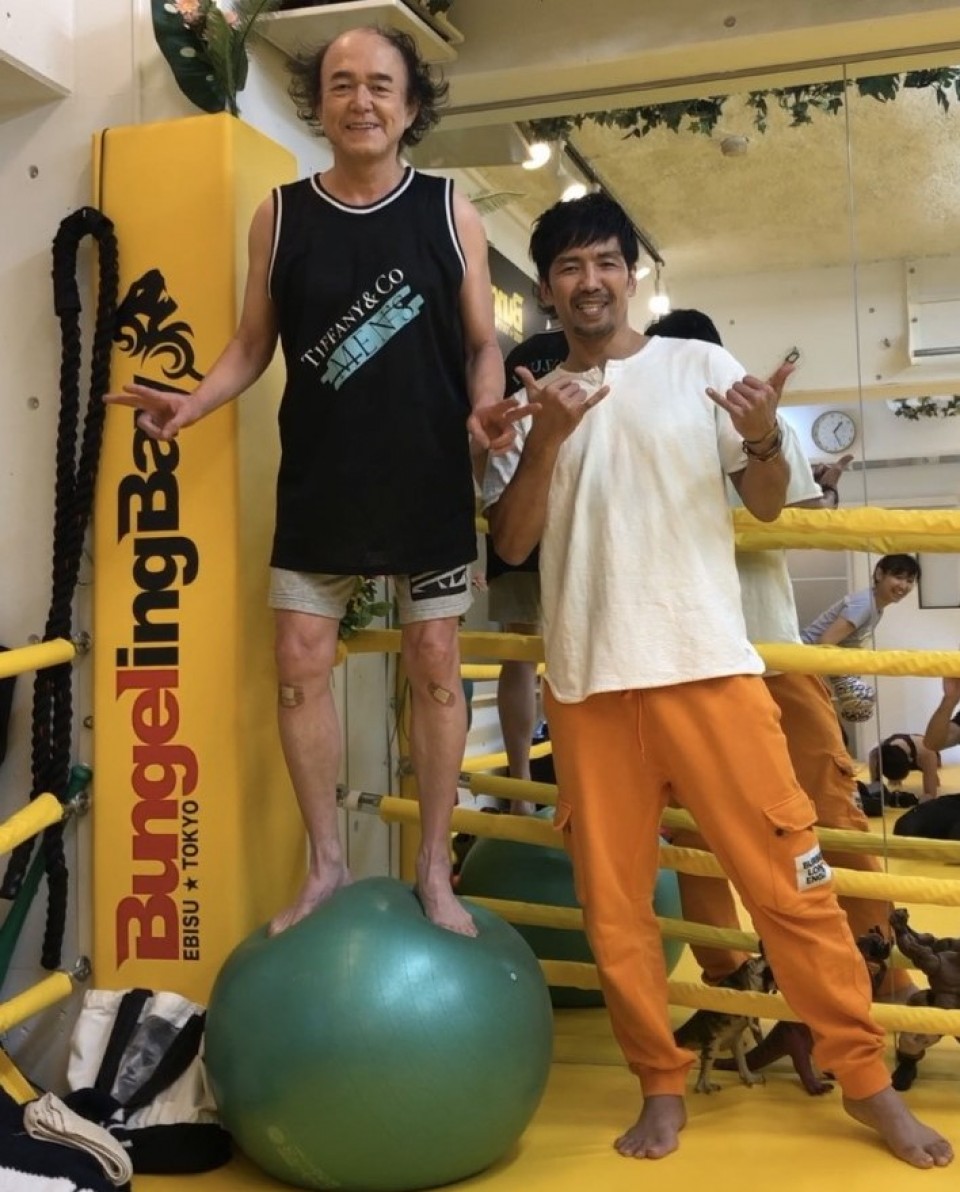 Other recognizable names on the long list of famous customers are fashion influencers Rola, Shiho and Kelly, and actors Hideaki Ito and Katsunori Takahashi.

Nitta has been providing firms like Google with corporate classes and has helped brides-to-be to get in tip-top shape for their big day, their motivation a burning desire to lose weight and get ready for the wedding gown of their dreams.

"To me, success isn't measured by the number of gyms I own or employees I have. It's also not about how many hours you put into your workout plan. If you find your routine boring, draining or tedious, it's probably not for you," Nitta says.

"I want to create a space where people can find the program that brings them a level of enjoyment while meeting their fitness goals. Working out shouldn't be something you're supposed to do. With work, with sports, Japanese people have a tendency to push themselves too hard and burn out. Overdoing anything is bad."

There are few parts of Nitta's body that have not gone under the knife. Bumps and breaks are part of a pro fighter's life, and back then he believed taking it to the limit, and painfully beyond, was required.

But today, you won't see Nitta doing much more than stretching and weight training. If wisdom comes with age, he is clear on one thing: too much of anything is bad for you.

"I only do what I want when I want. I don't have a fixed schedule and I drink every night. Now that I'm no longer an athlete, I know how easy it is to get a beer belly and how hard it is to lose that excess fat. Now I can relate to my clients," he chuckles.

It's not hard to understand why clients keep coming back to Nitta.

He is a good listener -- one of the most valuable counseling skills in a therapeutic relationship -- but he says he does not have a physician-patient bond with his clients.

"When I talk to my clients during training sessions, regardless of how the conversation starts, oftentimes we end up talking about life. The deep connection isn't forced, it just happens."

The trusted, in-demand trainer is always available for those who seek his services, whether it be in the privacy of their own homes, in a hotel room, at the gym, outside in a park, or just about anywhere they choose.

He works flexible hours and he is always on the move. He has responded to a client's request to train at 3 a.m., traveled with a musician on tour, and leaves slots open for actors dropping in for a workout between film shoots.

"These people have big fat job titles, but if you talk to them you'll understand that they're human, like everyone else, and they're all struggling in their own way. At the gym all you've got on are your sweaty workout clothes and boxing gloves," he says.

"You see that we're all part of the same flawed human species. Whatever your gender, whatever your nationality, kickboxing is inclusive. The gym is a perfect place to find and awaken the champion within."