For Aiko Ono, an ocean lover and diving enthusiast, plunging into the professional life of an ama diver was a path she chose without hesitation.

The 40-year-old Tokyo native, who previously worked as a photographer, relocated to the central Japanese prefecture of Mie in 2015 to become an ama, or woman of the sea, a profession that only exists in Japan and South Korea.

"Ama have preserved the sea while sustaining the way of living in this fishing town," Ono said in a recent interview with Kyodo News, explaining that ama diving culture is deeply rooted in the daily lives of the people living in the Ijika district of Toba. 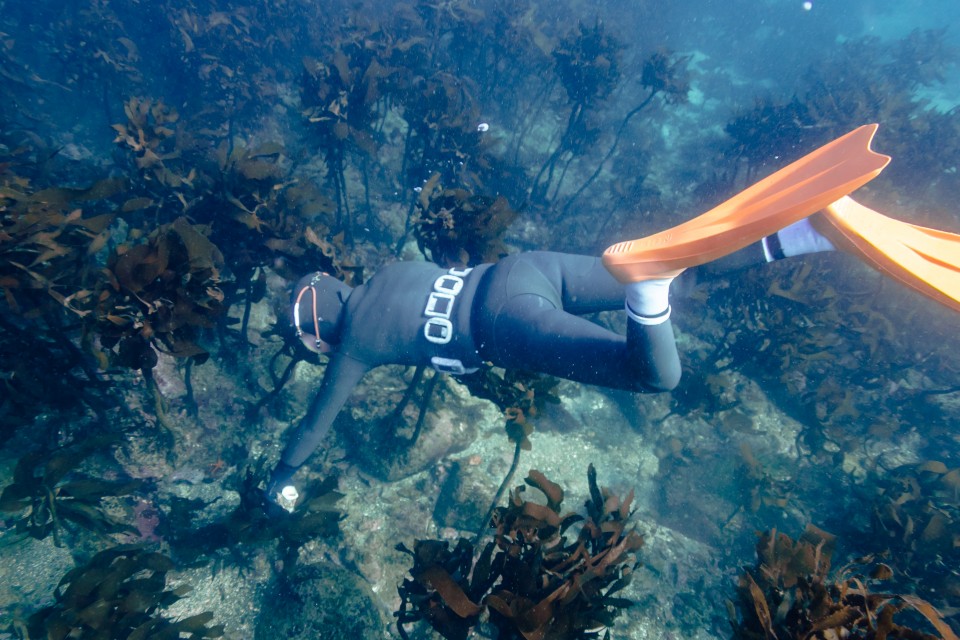 (An ama dives in Toba)
[Photo courtesy of Aiko Ono]

Ama diving in the prefecture has thousands of years of history. As of 2017, there were 660 ama -- nearly half of its population in the country -- active in the prefecture, according to a survey by Toba Sea-Folk Museum.

A reason for the greater numbers here is the wide area of seaweed beds, which nurture sea creatures such as abalone and turban shellfish, said Daizo Hiraga, director of the museum. Various types of seaweed are harvested by ama as well.

In fishing seasons, Ono, clad in a wetsuit and fins, dives twice in the morning with her group, some of whom are in their 80s, for 70 minutes at a time. She holds her breath and dives to depths of up to 10 meters and swims through seaweed in search of her targets.

Ono, who was hired as an apprentice ama by the city government that has been promoting relocation to revitalize the area, learned to dive on the job. She has also worked on organizing events and photo exhibitions to promote ama culture and gained her fishing license in 2018.

"She's a full-fledged ama now," said 82-year-old Tora Shiroyama, Ono's senior ama who has dived at the same fishing location for over 60 years.

Each diving group has its own hut, called kamado, where the women warm themselves after diving, eat lunch and chat. Here, techniques and knowledge of ama diving as well as respect for the sea are naturally passed down from generation to generation. 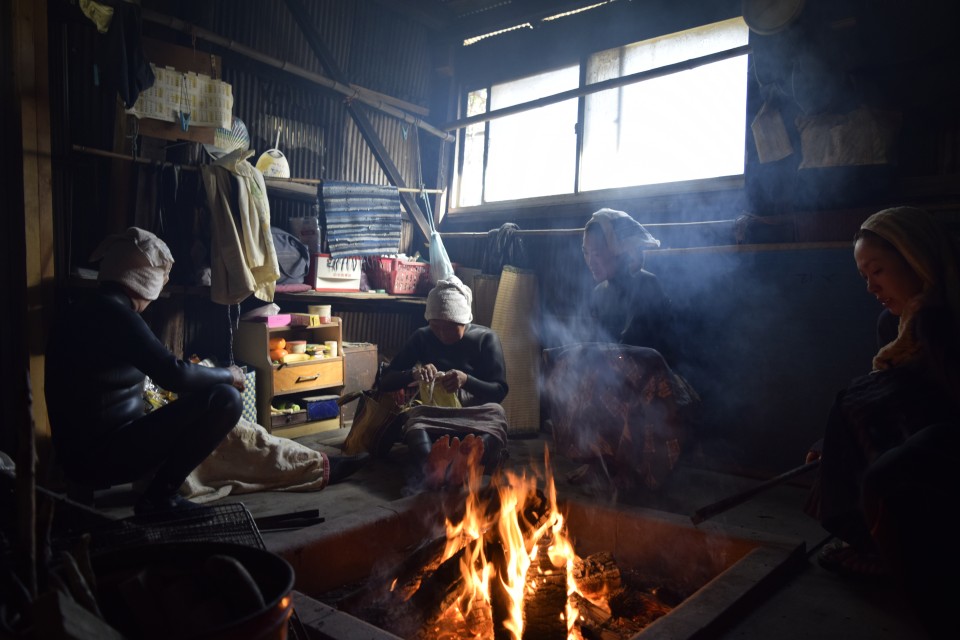 (Aiko Ono (2nd from R) and Tora Shiroyama (3rd from R) warm themselves by the fire with their fellow divers.)

Diving without an air tank means that the amount an ama is able to catch is limited by her physical capacity to hold her breath.

The prefectural government stipulates when the season must be closed and the minimum sizes of major sea creatures that are allowed to be caught, but ama in the region stick to their own self-imposed rules to prevent overfishing.

The number of days ama in the prefecture dived for abalone in 2017 varies from seven to 120 days, according to a survey by the museum. Based on a government rule, they are permitted to catch them between Jan. 1 and Sept. 15.

Even when they are on shore, ama perform various tasks such as processing fish products, gathering wood for the kamado fireplace, and taking care of the shrines at which they worship, Ono said.

In Ijika, ama start catching abalone in May, Ono said. Turban shells are available throughout the year, but ama harvest them only in winter to save some for the following year. 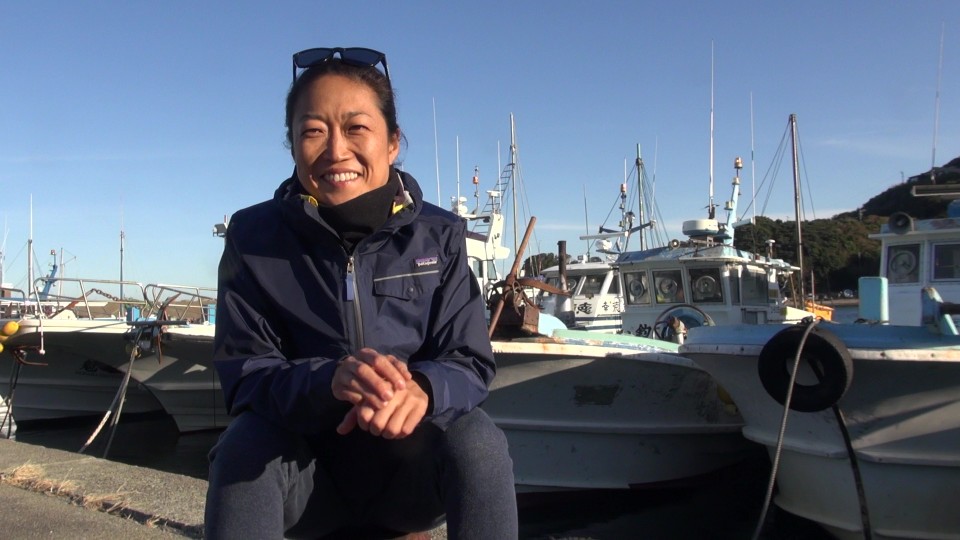 As for her own efforts to preserve resources, Ono said she makes it a rule not to hunt abalone -- an expensive delicacy and the favorite target of ama -- of borderline sizes when the fishing season is close to ending.

"I want to preserve the enjoyment of catching, so I try not to take everything I find," she said.

In the Kuzaki district, neighboring Ijika, use of wetsuits was limited to one ama per family until recent years, local ama Kazuyo Seko said, adding that it was because wetsuits protected them from cold water and helped them dive longer, which could lead to overharvesting.

"It's about considering the future," the 64-year-old said.

The total fish catches in Japan, however, have fallen due to combined factors of climate change, fewer fishers and overfishing, according to Takahiro Matsui, associate professor of marine policy and culture in Tokyo University of Marine Science and Technology.

In Mie Prefecture, the catch of abalone decreased to about 45 tons in 2015 from its peak of over 750 tons in 1966, according to the Ministry of Agriculture, Forestry and Fisheries. 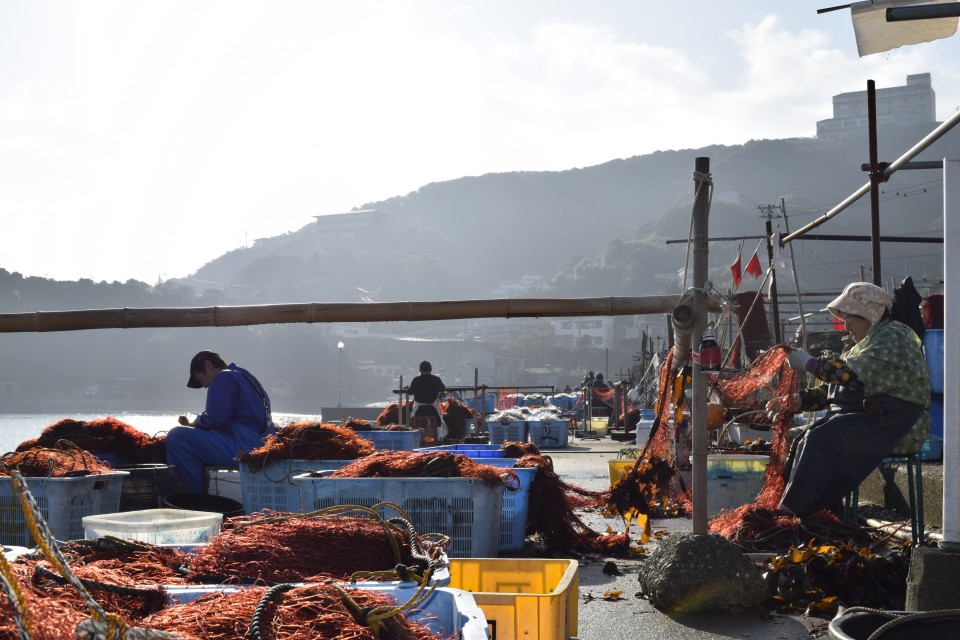 The decrease of marine resources has impacted ama's income. Ono said she became able to make a living as an ama, but only because the sea in Ijika is still rich, and ama in Ijika can dive more frequently than those in other areas.

A fall in income is a shared problem for aging ama communities in Japan, as it becomes an obstacle in passing down the family business or welcoming successors from outside the community.

At a lecture held at an annual ama summit in Toba, where ama in Japan and South Korea gathered, Matsui said efforts such as branding products to secure a higher selling price or varying business partners to avoid abuse from buyers is necessary.

Megumi Kodera, a 37-year-old former system engineer, is one of the young ama in Suga Island in Toba who has been exploring new ways to sustain the lifestyle.

"It was difficult to find a new distribution channel because I live on an island and have 2-year-old twins. So I had to rely on the internet," Kodera said at the summit, explaining how she uses shopping apps for farmers and fishers to directly sell her seaweed product to customers.

On PocketMarche, one of the apps she uses, producers have their own page to introduce themselves and their products. Consumers can post messages and photos on the page, and producers can reply. 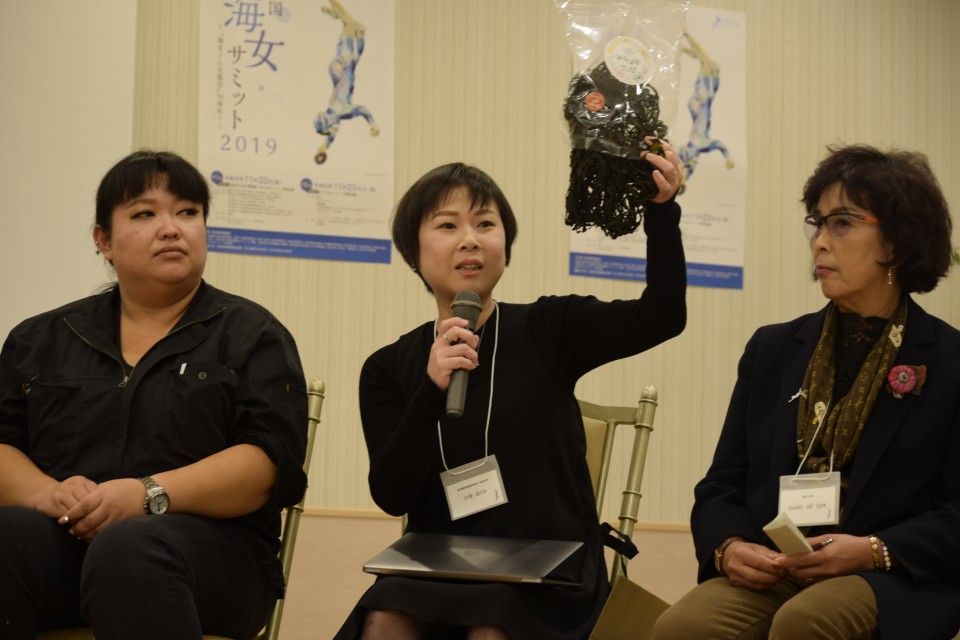 (Megumi Kodera (C) shows her seaweed product as she speaks during an ama summit.) 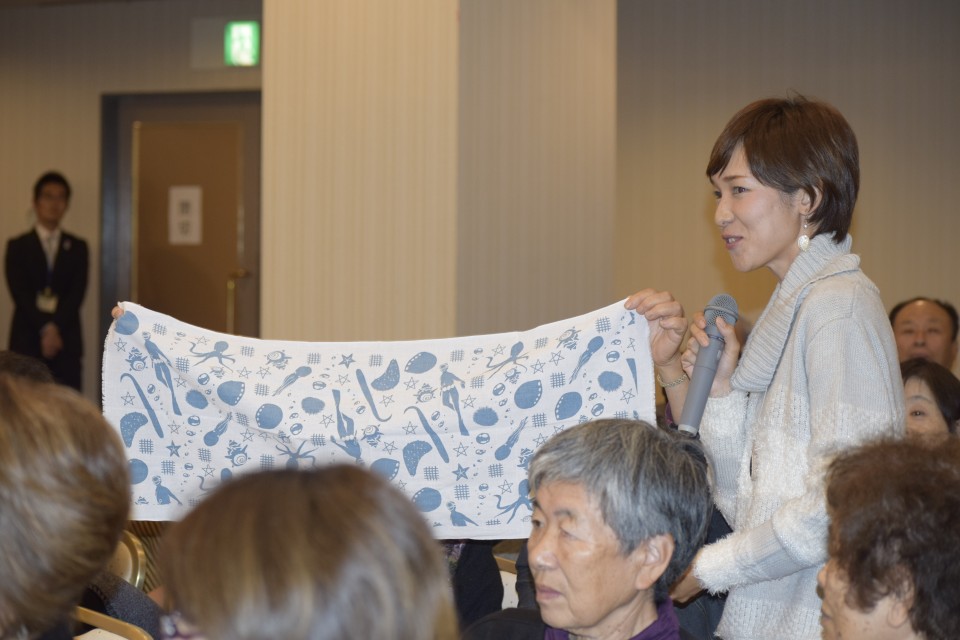 (Rikako Sato shows a towel she designed as she speaks during an ama summit.)

"The apps enable you to decide the price and the timing to sell," Kodera said, adding that feedback from customers is encouraging as it helps her get a better grasp of their tastes.

But she added that even though the sales price has risen, it requires care and time to pack the products by herself and write personalized messages to customers. There are also always risks of being criticized online, she said.

Another young ama in Ijika, Rikako Sato, utilizes her English skills to introduce local ama and fishermen culture to tourists, both from home and abroad, while operating a guesthouse.

"By showing the ins and outs, the fun parts and hard parts of the ama life, I want people to know how spectacular ama are," the 32-year-old said. "Perhaps an elementary school student who saw ama will want to become one and join us in the future. That would be great."

"I'm determined to inherit the ama culture and I think it's also my responsibility to do so," Ono said. "I'm not sure if I can dive until my 80s, but I'll definitely continue to be involved with ama." 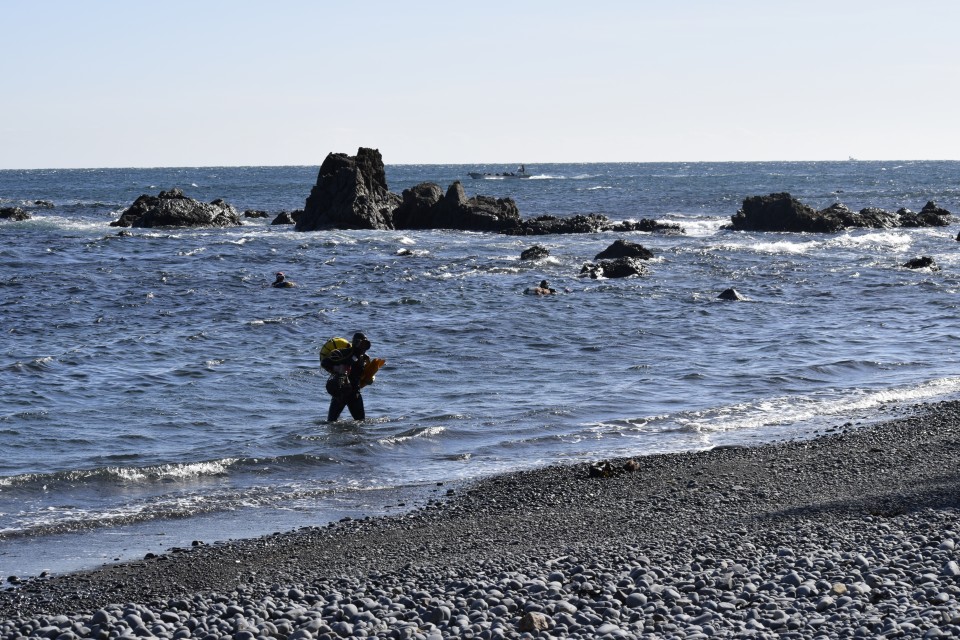