The assembly of a major Japanese city on Thursday passed an ordinance bill imposing criminal penalties for hate speech, a first for the country.

The new ordinance enacted in Kawasaki, near Tokyo, to enter into force on July 1, bans discriminatory language and actions against those from countries or regions other than Japan in public spaces. It makes repeat violations punishable by a fine of up to 500,000 yen ($4,600).

"Now we have an ordinance with great effectiveness that suits the local situation," said Kawasaki Mayor Norihiko Fukuda after the 60-seat assembly approved the bill.

While Japan enacted in 2016 a law designed to deter hate speech, the city deemed the law has not been effective in eradicating discrimination against ethnic minorities as it lacks provisions to ban or punish the use of discriminatory language. 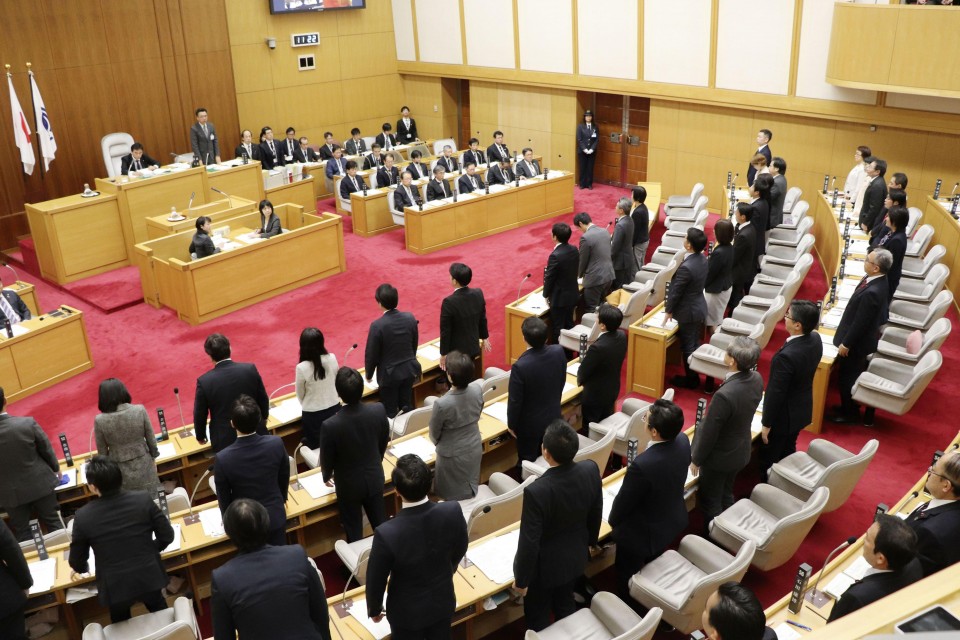 The city which has a population of more than 1.5 million is home to one of the largest Korean communities in the greater Tokyo area. It seeks to effectively fight discrimination with the ordinance by giving specific examples of what it is trying to stamp out.

Actions specified include calling for minorities to be expelled from where they live, encouraging physical attacks against them and likening them to something other than human.

A civic group of Korean residents of Japan welcomed the ordinance, saying the ordinance clarified the responsibilities of inflicting pain through discrimination.

"Although I think it won't immediately eliminate discrimination and anti-foreign sentiment, they will eventually be gone once the sense that (hate speech) is a crime takes root," said 76-year-old Pae Jung Do.

Under the ordinance, the city can issue warnings to violators and orders to those found to be repeat offenders. If they do not adhere to the orders, the city can disclose their names and addresses and file criminal complaints against them.

Each step is taken after a hearing in front of a board of review, and the advisories and orders are limited to six months to address concerns regarding freedom of expression.

The enactment of the ordinance comes after Fukuda indicated in June that the city will introduce criminal punishments in order to strengthen measures to rein in hate speech.