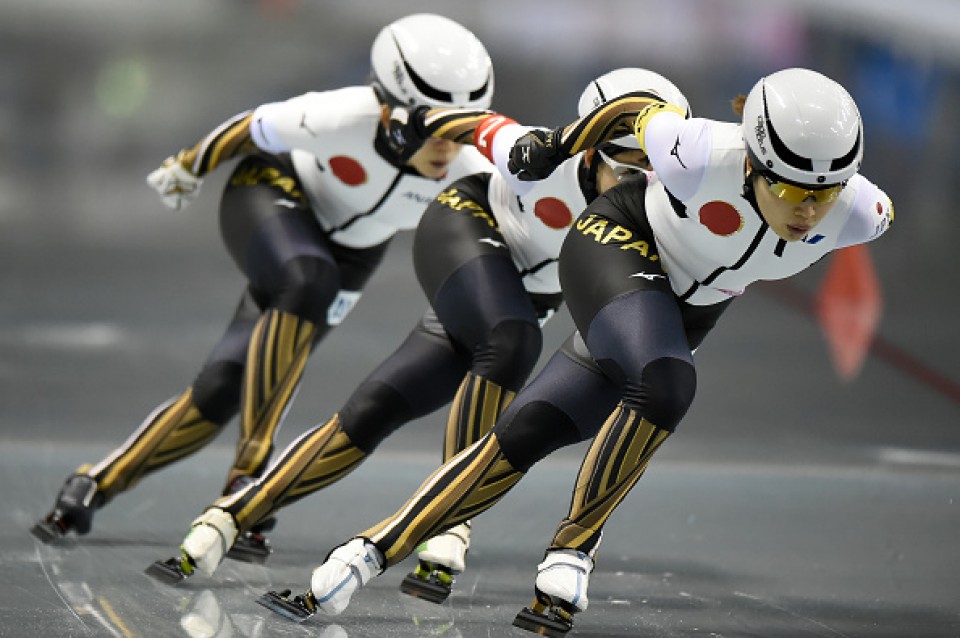 NAGANO, Japan - Japan's women claimed their first team pursuit victory of the season in front of a home crowd on Sunday, the final day of the ISU World Cup in Nagano.

The country's trio of skaters, sisters Miho and Nana Takagi, and Ayano Sato, crossed the line in 2:56.37 at the M-Wave ice arena to beat Canada by 1.44 seconds. Russia clocked 3:02.39 for bronze.

"We set a rink record and won the gold medal. To finish with those kinds of results is thoroughly satisfying," said Sato, who had been in poor form and was competing for the first time this season alongside her fellow 2018 Olympic champions.

"That Sato could skate with us allowed us to pick up the pace," Nana Takagi said.

It was the third women's pursuit race of the season. Without Sato, Japan had finished eighth on Nov. 23, snapping a 10-race World Cup winning streak. Last weekend, none of the three skated in another eighth-place finish in Nur-Sultan, Kazakhstan.

Miho Takagi said, "I want it to become 'Japan is winning' and not 'we won because of these members.'"

Russia's Angelina Golikova won with a time of 37.24 and Austria's Vanessa Herzog claimed silver with 37.45. 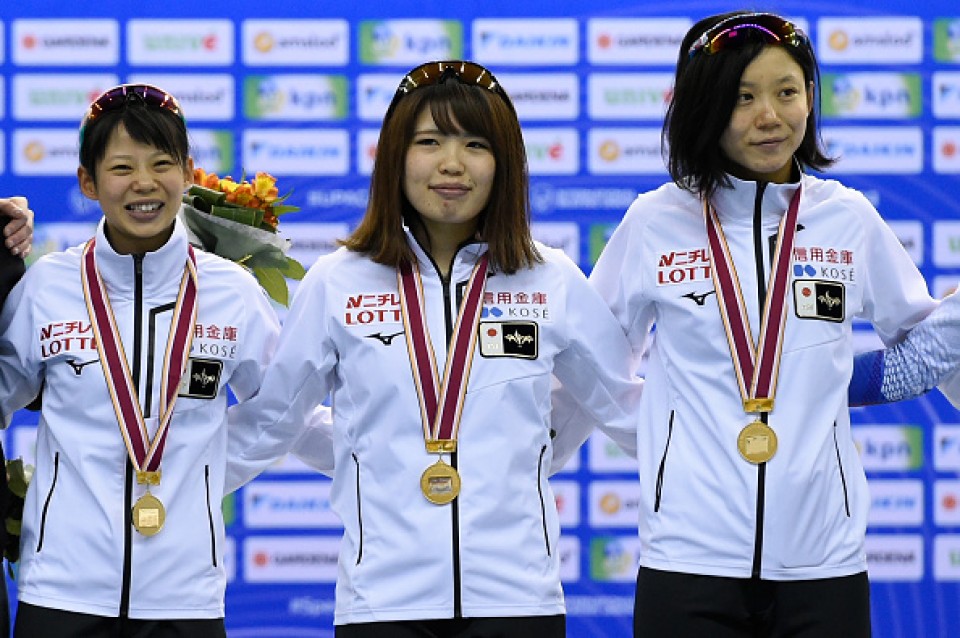