North Korean leader Kim Jong Un presided over the second day of a key ruling party meeting on Sunday, state-run media reported, with a year-end deadline set by Pyongyang for progress in nuclear talks with the United States looming.

Earlier this month, the official Korean Central News Agency said the nation will discuss and decide on "crucial issues" at the plenary meeting of the Central Committee of the Workers' Party of Korea in line with "the changed situation at home and abroad." 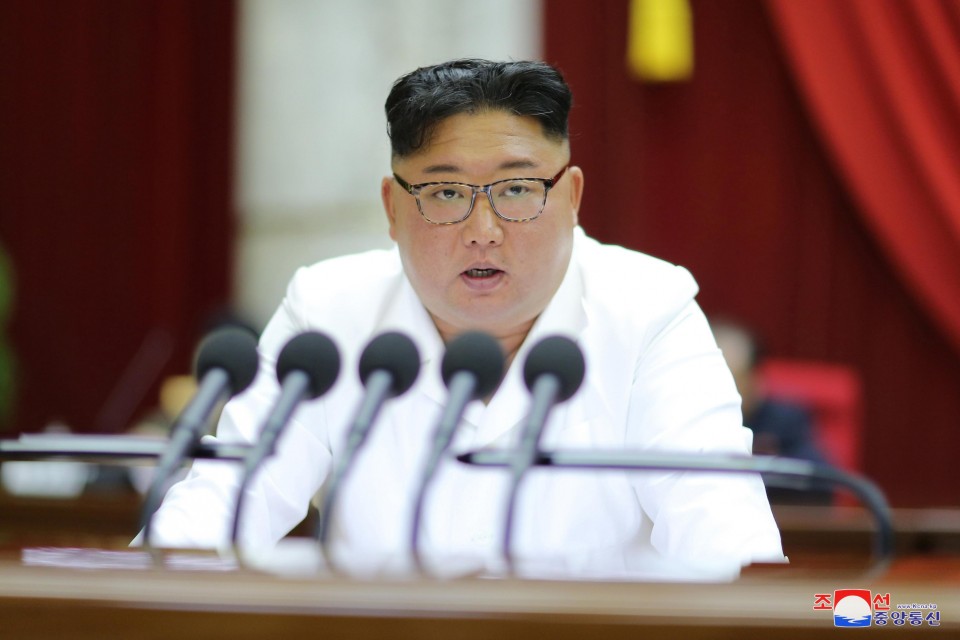 On Sunday, Kim emphasized "the need to take positive and offensive measures for fully ensuring the sovereignty and security of the country as required by the present situation," KCNA said.

Kim also "indicated the duties of the fields of foreign affairs, munitions industry and armed forces of the DPRK," the news agency reported, referring to the nation by its formal name, the Democratic People's Republic of Korea.

It is not immediately known whether Kim elaborated on his diplomatic strategy toward the United States. Kim is expected to deliver his annual New Year's address based on decisions made at the gathering on Wednesday.

According to Radiopress, a Tokyo-based agency that monitors and analyzes overseas broadcasts, it was the first time since 1990 that North Korea's ruling party held the plenary meeting of its Central Committee over more than one day.

There is speculation that at the latest gathering, Pyongyang may adopt a resolution ending the denuclearization negotiations with the administration of U.S. President Donald Trump.

Pyongyang has threatened to take an unspecified "new path" if the United States does not shift its "hostile" stance by the end of this year, suggesting that it may terminate the bilateral nuclear negotiations that started in early 2018.

At their first-ever summit in June 2018 in Singapore, Trump promised Kim that Washington would provide security guarantees to Pyongyang in return for "complete" denuclearization of the Korean Peninsula.

The two leaders, however, fell short of bridging the gap between Washington's demands and Pyongyang's calls for sanctions relief at their February summit in Vietnam.

North Korea insists it has already taken concrete steps toward denuclearization, while the United States maintains that the lifting of economic sanctions would require Pyongyang to scrap other nuclear facilities and programs including undeclared ones.