Tens of thousands of young protestors marched some 4 kilometers in the Spanish capital which is playing host to the 25th session of the Conference of the Parties on climate change, dubbed COP25, to call for effective measures to fight climate change.

The 16-year-old Swede, who has become an icon of youth activism, joined the demonstration, and then later spoke to the crowd.

"We are in the middle of climate and ecological emergency, and we need to start treating this crisis like a crisis," said Thunberg. 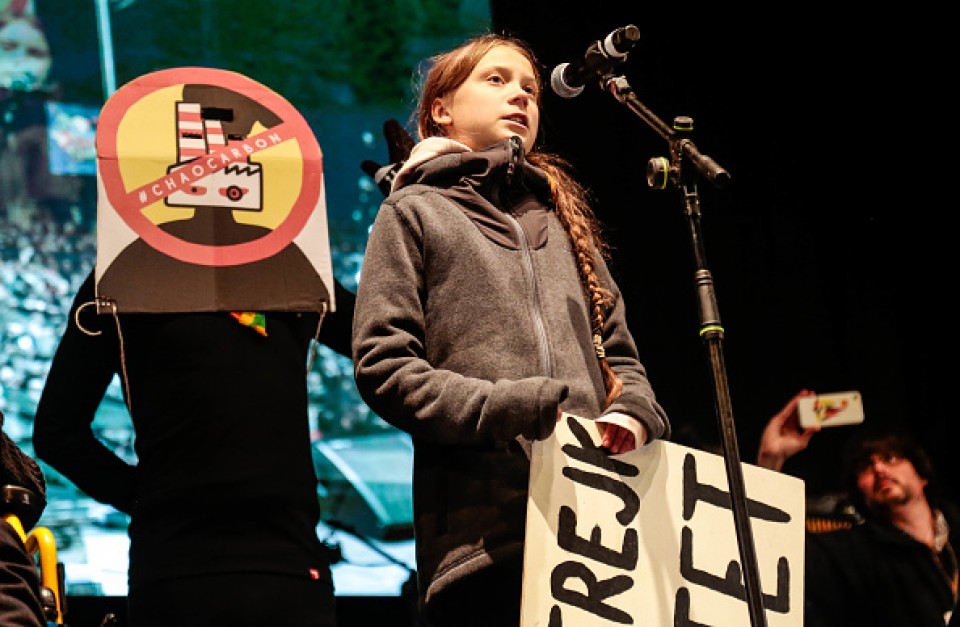 "We need to step out of our comfort zones and that is what we are doing right now. We are stepping out our comfort zones, telling the people in power that they must take the responsibility and protect the future and present generations," she added.

Japanese protestors taking part in the rally urged their government to abandon its continued and widespread use of coal for power generation.

"The government must show specific actions such as abandoning coal-fired thermal power generation and expanding the use of renewable energy," said Takumi Hirasawa, 22, a third-year student at Tohoku University.

Japan's reliance on fossil fuels for power generation has increased in recent years with most of its nuclear power plants remaining idle after the 2011 Fukushima nuclear crisis, triggered by a massive earthquake and tsunami.

At COP25, participating countries are negotiating rules for implementing the Paris accord on climate change and each country is expected to make more ambitious targets for reducing greenhouse gas emissions.

The countries will seek to resolve outstanding issues in the ministerial-level meeting starting Tuesday.

Under the Paris Agreement, the successor to the 1997 Kyoto Protocol, about 190 signatory countries are aiming to keep global temperatures to "well below" 2 C above preindustrial levels.

Japan gets "Fossil" prize for hanging on to coal-fired power