Emperor Naruhito visited the mausoleums of his grandfather and great grandfather in Tokyo together with Empress Masako on Tuesday, concluding a series of visits to imperial mausoleums since the completion of key succession rituals.

The emperor and the empress separately offered tributes at the mausoleum of Emperor Showa and reported the completion of the Daijosai thanksgiving ceremony last month and the Sokuirei Seiden no gi ceremony in October for proclaiming his enthronement before international guests. 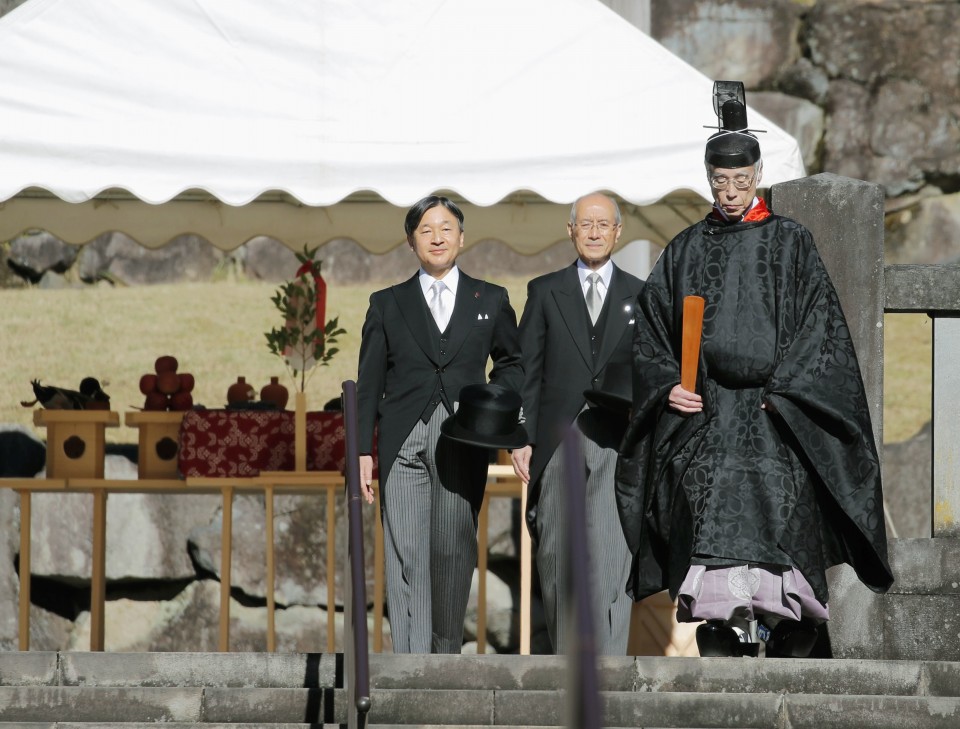 The emperor in a morning coat and the empress in a long gray dress similarly paid a visit to the mausoleum of Emperor Taisho located nearby in Tokyo's Hachioji.

The visits were part of the ceremony for paying reverence at the imperial mausoleums of Emperor Jimmu, who is said to be the first emperor in Japan, and four recent emperors up to Emperor Showa.

The two had already visited the mausoleums of Emperor Jimmu, Emperor Komei, who reigned in the 19th century, and Emperor Meiji (1852-1912) in western Japan last week.

Since ascending to the Chrysanthemum Throne on May 1 following the abdication of former Emperor Akihito, Emperor Naruhito and Empress Masako have taken part in a number of ceremonies marking the imperial succession. 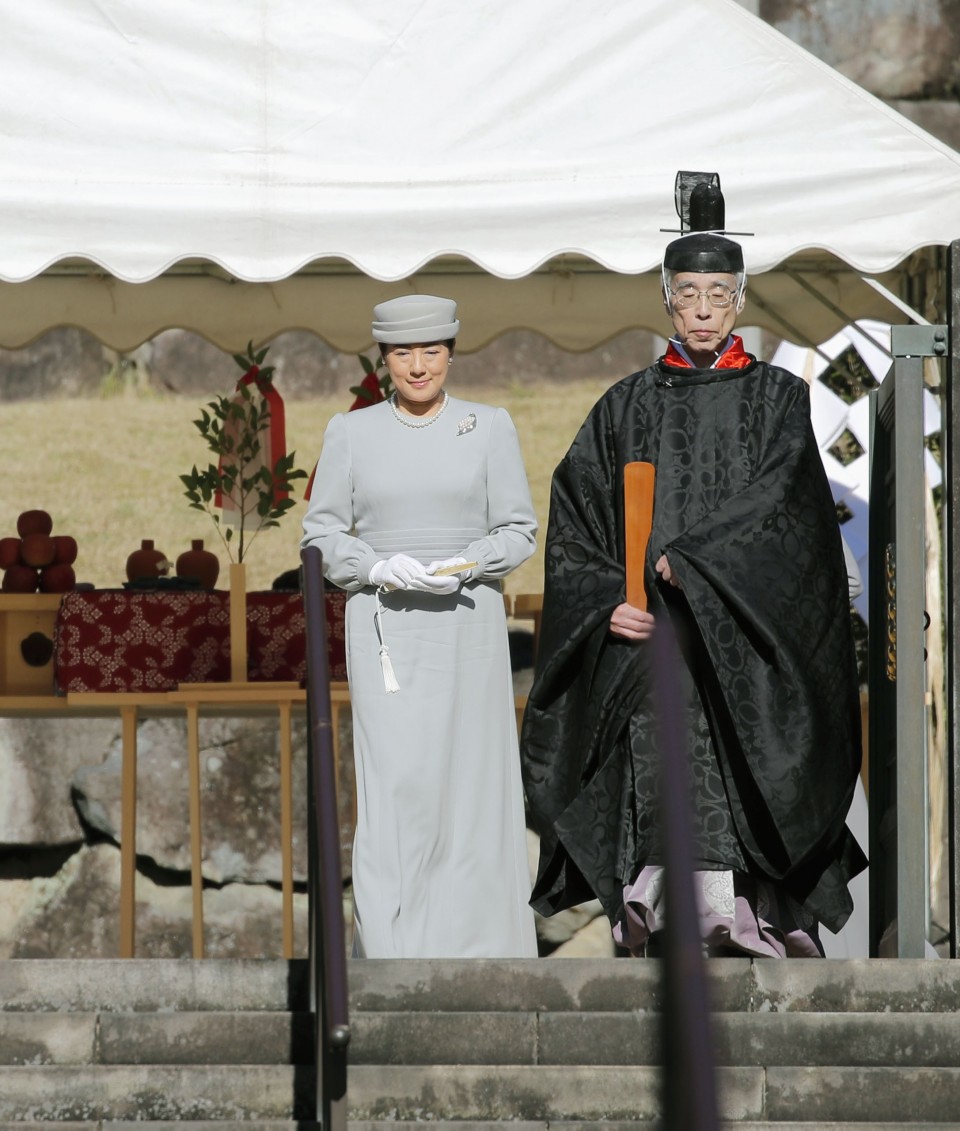