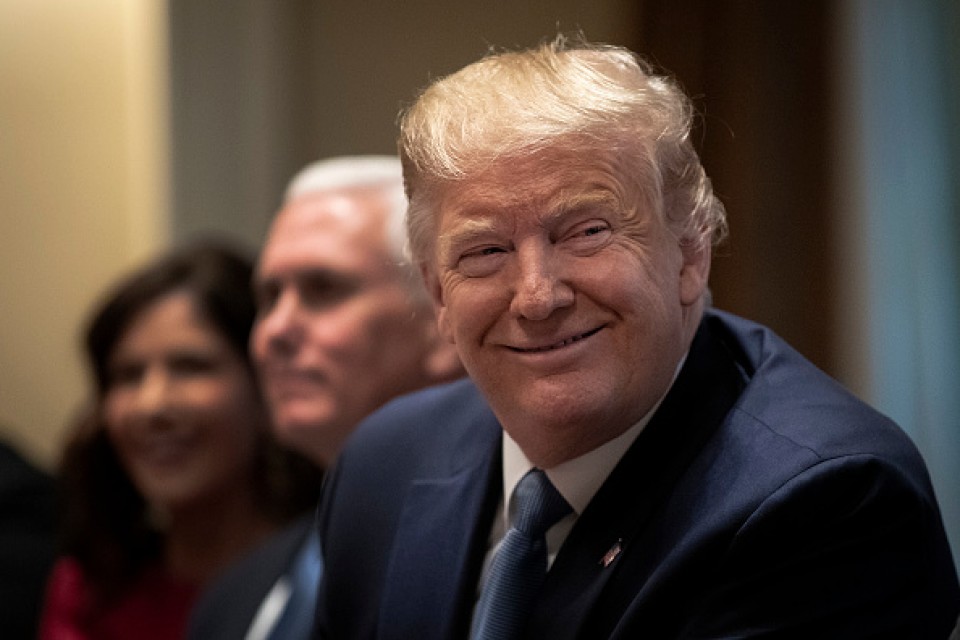 WASHINGTON - U.S. President Donald Trump said Monday that he is watching North Korea's activities "very closely" as Pyongyang continues to ramp up tensions ahead of a year-end deadline it set for progress in denuclearization talks.

"I'd be disappointed if something would be in the works. And if it is, we'll take care of it. But we'll see. We're watching it very closely," Trump told reporters at the White House.

North Korea has recently been stepping up its provocative rhetoric, warning that it will resume nuclear and intercontinental ballistic missile tests if talks with Washington fail to achieve a breakthrough by the end of the year.

Stephen Biegun, the top U.S. envoy for North Korea, is on a five-day trip to Seoul and Tokyo from Sunday to meet his counterparts and coordinate steps in dealing with North Korea.

In Seoul on Monday, Biegun told reporters after meeting his South Korean counterpart Lee Do Hoon that the North Koreans "know how to reach us," signaling his willingness to make contact with the North at the inter-Korean border during his visit.

If he succeeds in arranging a meeting with North Korean officials in the border truce village of Panmunjeom, it would be the first contact since the two sides held working-level negotiations in Sweden in October. That meeting ended without an agreement.

At the first-ever U.S.-North Korea summit in June 2018 in Singapore, Trump promised to provide security guarantees to Pyongyang in return for "complete" denuclearization of the Korean Peninsula.

North Korea, however, has claimed that Washington has not implemented the agreement despite Pyongyang taking what it says are concrete measures to discard its nuclear arsenal.