Russian President Vladimir Putin said Thursday Japan's security alliance with the United States continues to pose a threat, suggesting it remains a stumbling block to the signing of a postwar peace treaty between Tokyo and Moscow.

Putin said at an annual year-end press conference that a solution has yet to be found, reiterating concerns that the United States is seeking to deploy intermediate-range missiles in Japan following the expiration of an arms control treaty earlier this year.

The Intermediate-Range Nuclear Forces Treaty, signed by the United States and Russia in 1987, had banned land-based ballistic and cruise missiles with ranges of 500 to 5,500 kilometers.

Putin meanwhile said Russia will continue to seek a mutually acceptable solution -- what he called "hikiwake or a draw" in judo terms in negotiations for a peace treaty with Japan. Putin is a well-known judo enthusiast. 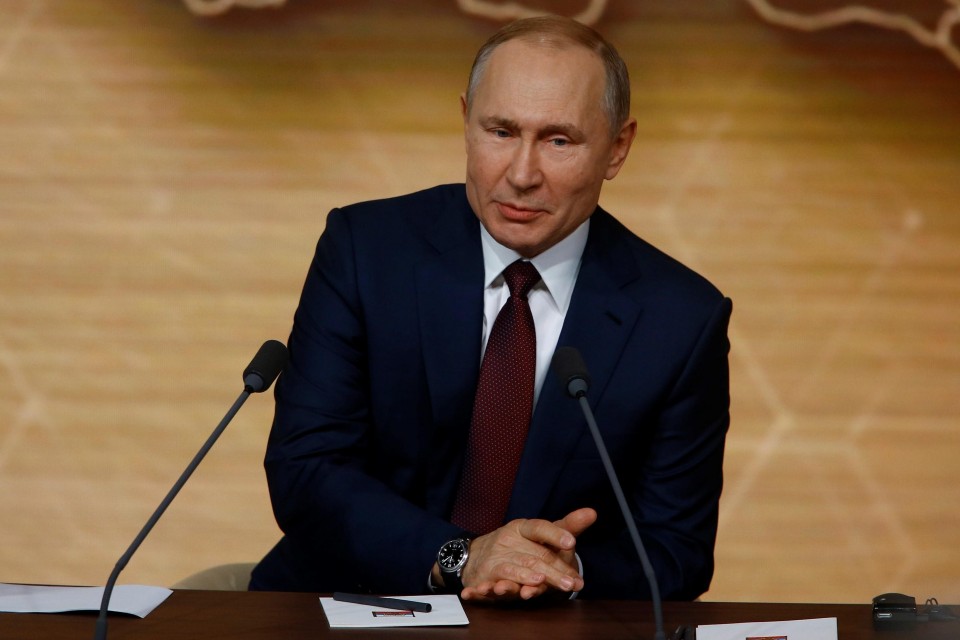 The two countries' foreign ministers the same day restarted stalled efforts to resolve a long-standing territorial dispute that has been a sticking point in the signing of the treaty.

Toshimitsu Motegi, who is visiting Russia for the first time since taking the post in September, said he had a "substantive discussion" with his counterpart Sergey Lavrov on how to go about settling their differences.

"We will continue discussions, sorting the issues that need to be tackled so we can reach a mutually acceptable solution," he said at a joint press briefing.

The two agreed to start director general-level talks in mid-January to advance plans to conduct joint economic projects on the disputed Russian-held islands northeast of Hokkaido.

But the meeting was overshadowed somewhat by the detainment of five Japanese fishing boats by Russian border patrol authorities earlier in the week that were suspected of violating catch quotas around the islands.

Motegi said he called on Russia to release the boats and their crews from a "humanitarian perspective," while Lavrov urged Japan to comply with a bilateral agreement on fishing around the islands, called the Northern Territories by Tokyo and the Southern Kurils by Moscow.

Lavrov also said the countries will conduct a joint anti-piracy exercise off Somalia in the Gulf of Aden near the end of the year. 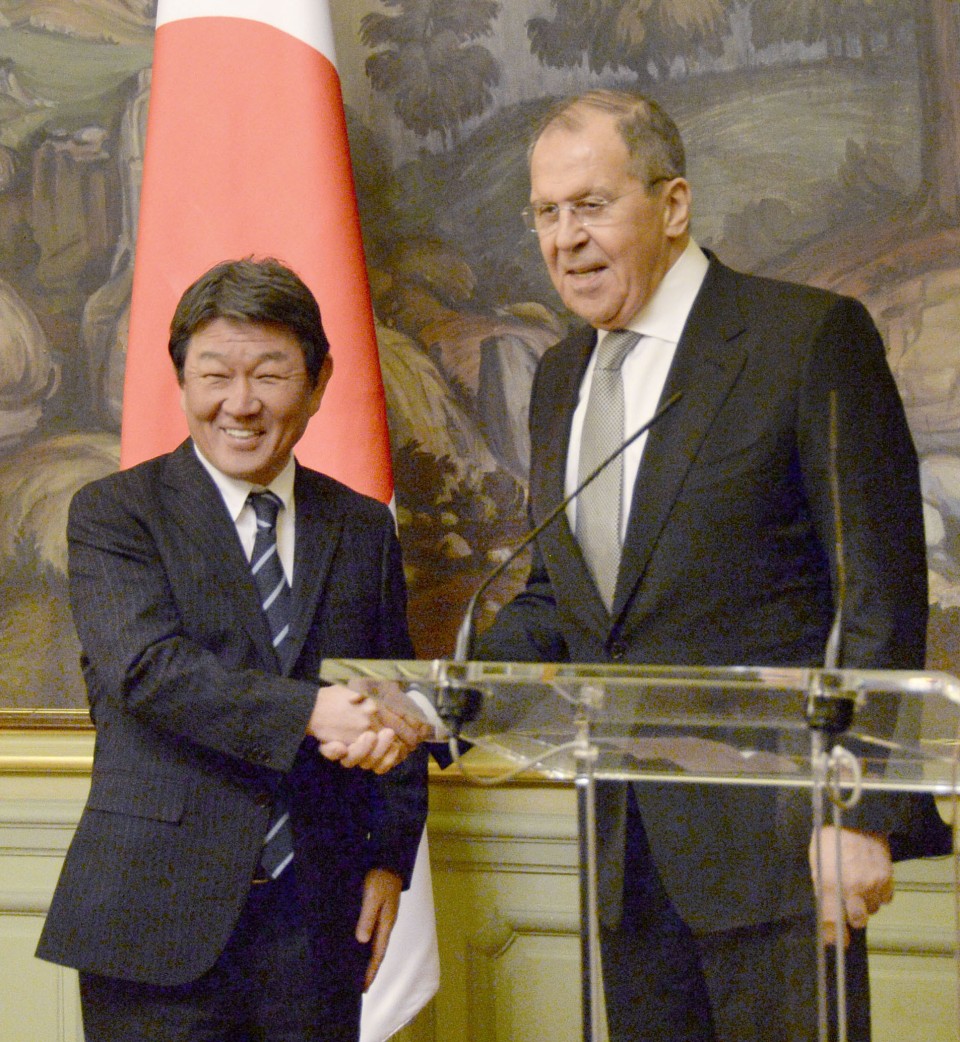 Japanese Prime Minister Shinzo Abe had hoped to secure the return of two of the four disputed islands, in line with a 1956 joint declaration, when he met with Putin in June.

But leading up to the meeting, Putin ramped up criticism of the Japan-U.S. security alliance and took a more hard-line approach, forcing Abe to seek an alternative path.

Tokyo has since shifted its focus to the joint economic projects, which Moscow hopes will boost the economy of the underdeveloped Russian Far East. The projects cover five fields -- aquaculture, greenhouse farming, tourism, wind power and waste reduction -- with some programs expected to start in earnest next year.

The dispute over the sovereignty of the islands has remained a major stumbling block to the countries signing a formal peace treaty more than 70 years after the end of World War II.

Tokyo claims the Soviet Union seized the islands illegally soon after its surrender, while Moscow argues it did so legitimately.

Motegi and Lavrov have previously met twice in their capacity as lead negotiators, most recently last month in Nagoya. But both encounters were relatively short and Motegi had said Thursday's meeting would be the starting point for in-depth discussions.

Motegi is on a five-day day trip to Russia, on Wednesday meeting with Economic Development Minister Maxim Oreshkin to discuss economic cooperation. He returns to Japan on Saturday.