Japanese airline ANA Holdings Inc. opened Thursday what it says is the world's first store where customers can shop remotely through an avatar robot.

Several stick-shaped robots standing 1.5 meters tall will be in the "avatar-in store" through Dec. 24 in a shopping mall in Tokyo's Nihombashi district, in collaboration with major department store operator Isetan Mitsukoshi Holdings Ltd. 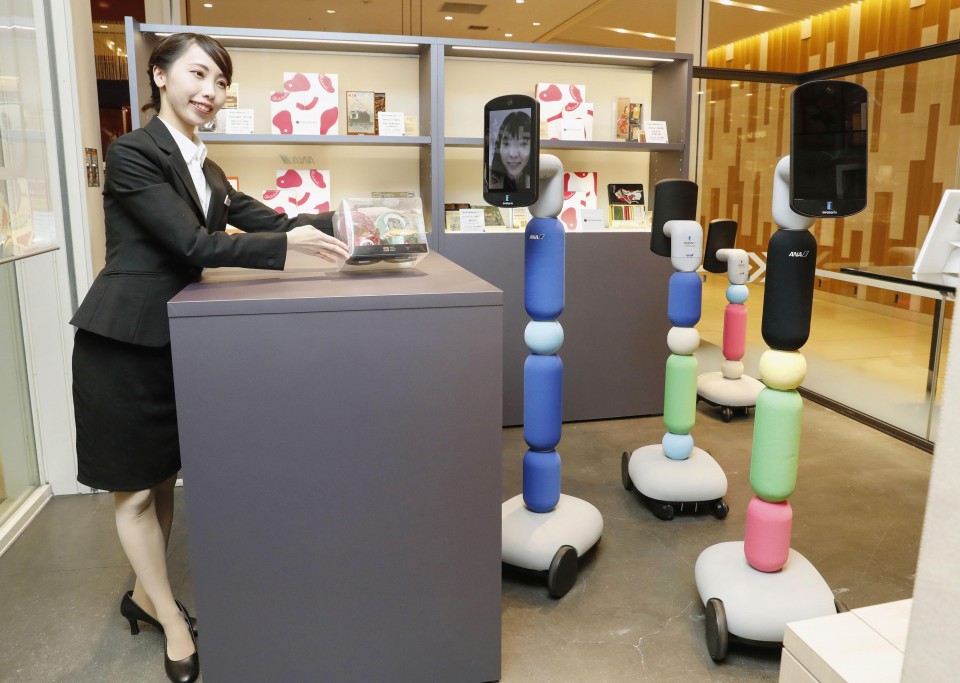 Customers using computers can control the robot called "newme" from anywhere in the country and shop for items in the gift store as if they were there.

The robot has a tablet-sized monitor on top of its body that displays the customer's facial expressions in real time, and moves around the store on wheels.

Online registration is required to use the service, said ANA, which plans to introduce as many as 1,000 avatar robots in Japan, including 100 in the Nihombashi business and commercial district next year in time for the Tokyo Olympics and Paralympics.

ANA is hoping to develop avatar technologies as a potential pillar of its future revenues, planning to use them to offer new services such as nursing care. 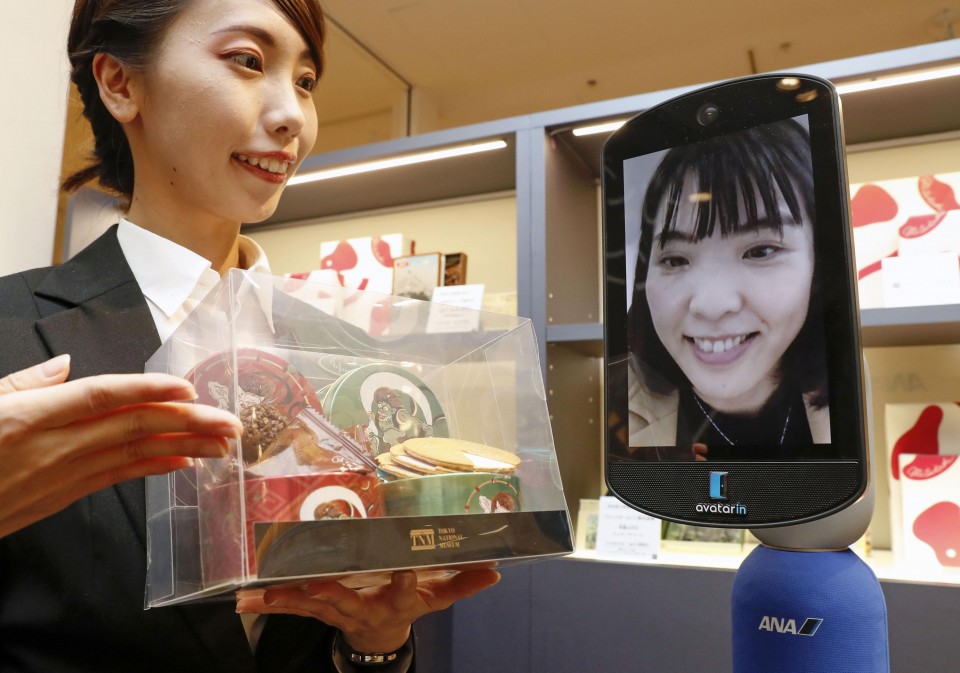