Chiba residents look to open doors to visitors during 2020 Games

With the Tokyo Games just seven months away, residents in Chiba, a city that will host several Olympic and Paralympic competitions, are preparing to open their doors to visitors under a program that encourages people to host paying guests during popular events.

Kenji Kaminaga, 82, is among those looking forward to next summer. While he will not attend the competitions, he plans to play his part by sharing his house with spectators in his city, which will stage three Olympic and four Paralympic sports.

Chiba, just east of Tokyo, has been encouraging residents to participate in "event" homestays, pushing them to interact with visitors from around the world when big events are held.

"It's fun to interact with people from abroad. I have always liked inviting people to stay over at my house, and (event homestays) have given me a chance to become more aware of other countries and their cultures," said Kaminaga, who made his debut as host this year to prep for next summer. 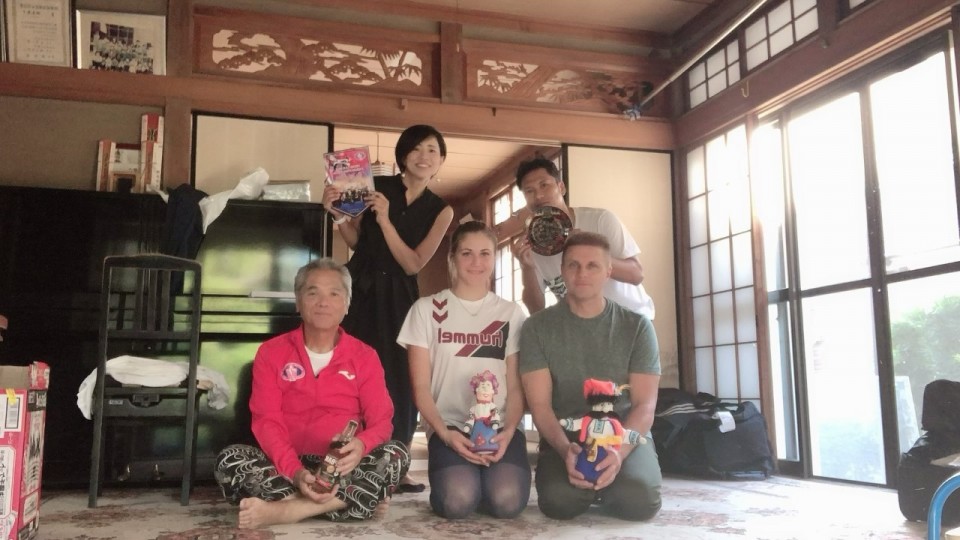 (Kenji Kaminaga (front L) poses for a photograph with guests from Ukraine (front C, R), when he hosted them at his home in Chiba in September 2019. [Photo courtesy of Makuhari Play, Inc.]

Event homestays allow residents to take in guests if the local government requests people to do so ahead of events, such as sport competitions and festivals, expected to see many visitors and lack of lodging.

Kaminaga offered a room to two people from Ukraine when Chiba staged an international air race event in September. Earlier this month, he hosted a student from Singapore as he waits for the Olympics to arrive.

Private lodging, known in Japan as "minpaku," has gained attention since a law legalizing it took effect in June 2018 to relieve a shortage of hotel rooms in the wake of inbound tourism boom.

The law allows people to rent their homes or space in their homes to paying guests for up to 180 days a year after notifying their municipalities. There are other avenues to start a regular minpaku business, but these require time and effort to meet local rules. 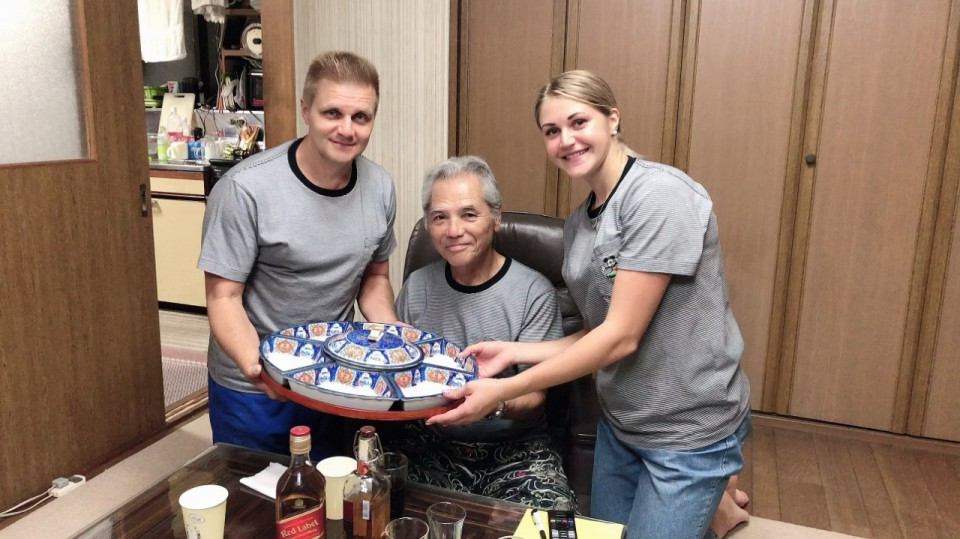 However, the procedure to offer "event minpaku" is much simpler, since residents can only take one group of guests during an event, according to Noriyasu Namioka, a Chiba official in charge of the project.

Chiba, which has a population of about 980,000, is located conveniently between Tokyo and Narita airport, one of Japan's major airports. Therefore, Namioka hopes providing a new lodging experience, and thus expanding the choice of lodging, will influence more travelers to stay overnight instead of taking a day trip or simply passing by.

"Event minpaku is a win-win for both residents and visitors. It gives residents the opportunity to interact with people from around the world. At the same time, it meets a demand from travelers who wish to experience the lifestyles in the country, or stay over for a cheap price," Namioka said.

As a dress rehearsal for next summer, Chiba looked for people to open their doors at three events this year, including the Red Bull Air Race world championship in September and a fencing World Cup event in December. 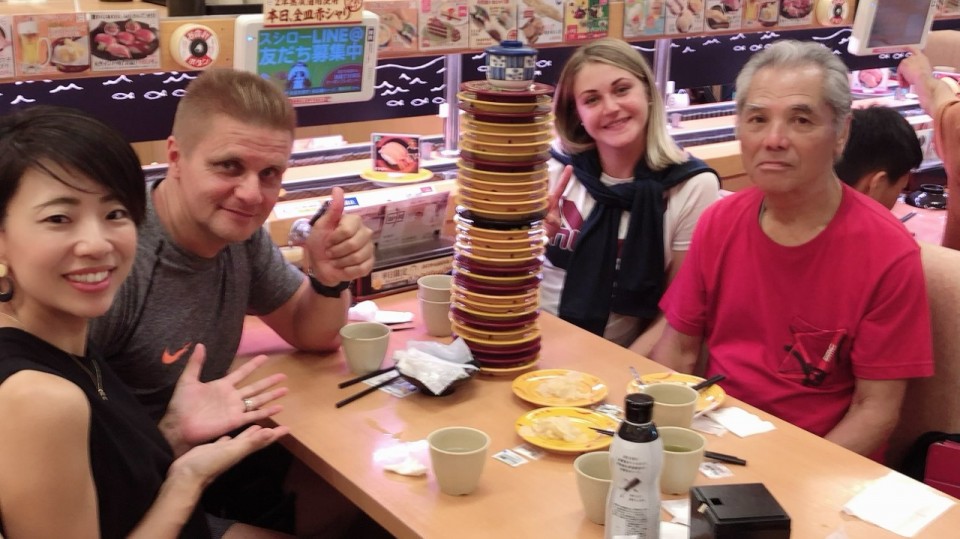 Living by himself in a two-floor, Japanese-style house, Kaminaga is confident he has found his passion since he became a host on the advice of his son Takashi.

A 44-year-old architect, he had wanted his father to engage in something new ever since he retired from work many years ago. Minpaku was also a perfect way for him to get close to his father again.

"There are rooms in the house that are not being used, and it is exciting to see guests from around the world stay at the house where I lived for a long time," Takashi said.

Olympics: Start line in sight for Tokyo as 2020 looms

"My father and I had grown apart since I moved out after university and started my own family. But doing this together has also given us a chance to communicate regularly."

Following rounds of cleanups and decluttering, Takashi and a colleague listed Kaminaga's house on a website run by Airbnb Inc., the world's largest broker of private lodging for tourists. They have charged between 3,000 and 4,000 yen ($27 and $36) per guest a night.

When the Kaminagas hosted two guests from Ukraine -- a taekwondo competitor and her father, they introduced them to a Japanese conveyer-belt sushi restaurant and took them shopping at a 100-yen store among other places.

"There was nothing difficult about hosting guests from abroad, and language wasn't such a big problem because you can always communicate with your heart," Kaminaga said. "It's a relief to know you can make friends from around the world without having to travel."

Takashi said he recalls hearing his guest calling his father her "father in Japan." They still continue to keep in touch by exchanging messages on social media. 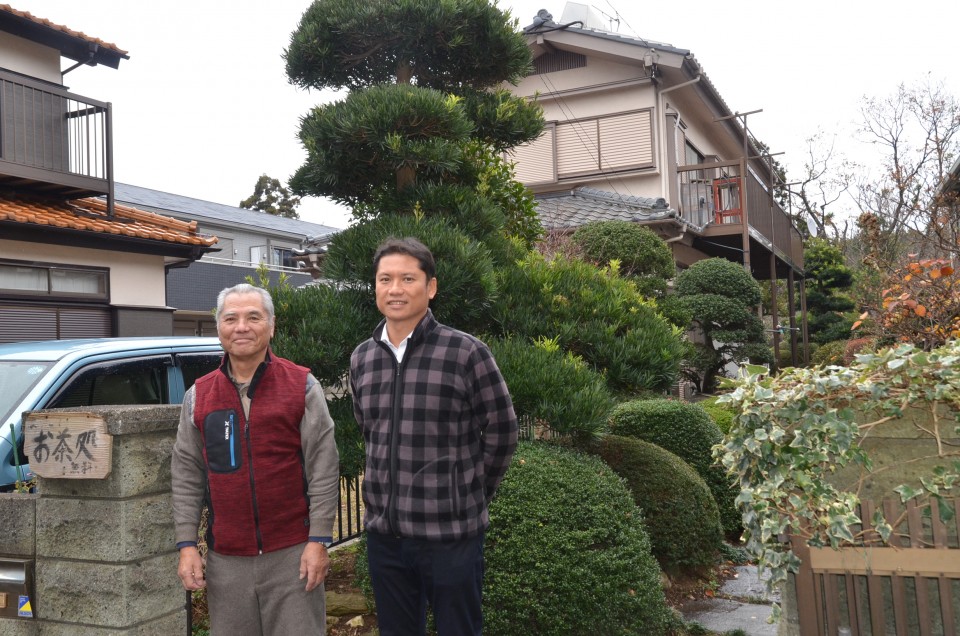 During the Aug. 25-Sept. 6 Paralympics, it will host sitting volleyball, taekwondo, wheelchair fencing and goalball.

Event homestays, while still not widely known about, have been implemented on more than 50 occasions, such as marathons and cherry blossom festivals, since December 2015, according to the Japan Tourism Agency.

It came into use at this autumn's Rugby World Cup held across Japan, especially in host cities that were unaccustomed to staging events.

Kumamoto Prefecture, southwestern Japan, had a total of about 170 people stay at residents' homes when it staged two pool matches. Kamaishi in northeastern Japan, also requested support from residents because the city can only accommodate about 1,400 people despite hosting matches at its 16,000-seat venue.

A visitor from Germany who was hosted by locals in the Iwate Prefecture city said the stay was an "authentic Japan experience" despite needing to refer to a translation app on his smartphone to communicate.

Kaminaga, who still recalls the excitement he felt during the previous Tokyo Games in 1964, looks to continue building on his new-found passion even after next year's Olympics and Paralympics.

"Meeting new people from around the world and simply going for dinner is something I want to keep doing," he said.