A Japanese court sentenced a man Wednesday to life in prison over a random knife attack aboard a shinkansen bullet train last year that left a passenger dead and two others injured.

Ichiro Kojima, 23, had admitted to the charges of murdering 38-year-old Kotaro Umeda and attempting to kill the two women during his trial at the Odawara branch of the Yokohama District Court in Kanagawa Prefecture, southwest of Tokyo. 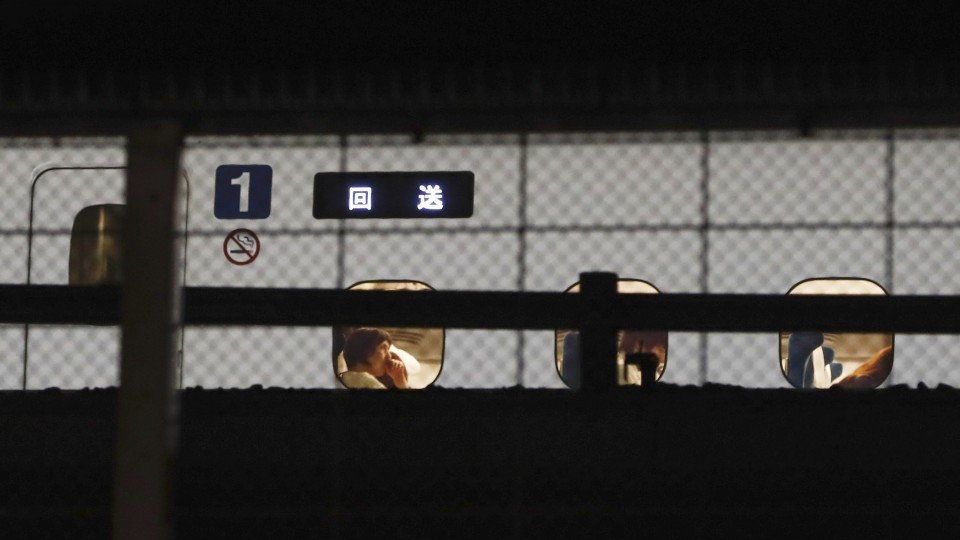 (Photo shows a car of the Nozomi shinkansen bullet train at JR Odawara Station in Odarawa, near Tokyo, on June 9, 2018, after the knife rampage.)

"(The accused) has shown no remorse and he cannot avoid harsh condemnation. It is reasonable to have him reflect on his criminal responsibility while serving (life term) in a prison," said Presiding Judge Yuki Sawaki in handing down the sentence.

The ruling was in line with the request of prosecutors, who did not seek the death penalty in consideration of Kojima's personality disorder.

The court concluded that his disorder might have influenced developing his motive as he tends to take things paranoiacally.

"I will not appeal the ruling. I will chant a 'Banzai' salute," said Kojima, who suddenly stood up from his seat and raised his fists three times in the court room. He ignored an order to be seated and the judge closed the session, which lasted only 10 minutes.

The accused underwent a psychiatric examination before his indictment and was diagnosed with the disorder, but prosecutors determined he was fit to face a criminal trial.

Prosecutors insisted Kojima "committed a brutal random killing based on a selfish desire to spend the rest of his life in prison."

His defense team sought leniency, arguing he may repent if he is given the chance.

Longing for a life term, Kojima said earlier he intended to limit the number of fatalities to avoid a death penalty, and that he will kill another person for sure if he is sentenced to imprisonment for a definite term and is released from prison.

According to the ruling, Kojima killed Umeda from Amagasaki, Hyogo Prefecture, by slashing him with a machete and a knife and severely wounded two women in their 20s on the Nozomi 265 train, en route from Tokyo to Shin-Osaka, while it was in Kanagawa Prefecture on the evening of June 9, 2018.

Kojima first attacked the women with the machete and then slashed the neck and thigh of Umeda, who tried to stop Kojima, inflicting 78 wounds on Umeda.

Central Japan Railway Co., the operator of the Tokaido shinkansen line, said in a statement released after the ruling, "It was an unforgivable criminal act. We will continue our efforts to ensure safety."

Following the attack, operators of bullet trains enhanced their safety measures, including installing protection gear such as shields and stab resistant vests on trains. Central Japan Railway also beefed up the presence of security officials on the Tokaido shinkansen trains.