A Japanese biotechnology startup and major trading house Itochu Corp. launched demonstration projects last month in Indonesia and Colombia to grow euglena microalgae to be used for biofuel and feed.

The startup, Euglena Co., said that through the projects they will try to determine within about a year if their new business plan is commercially feasible and which place is suitable for stable and large-scale production of the microorganism. 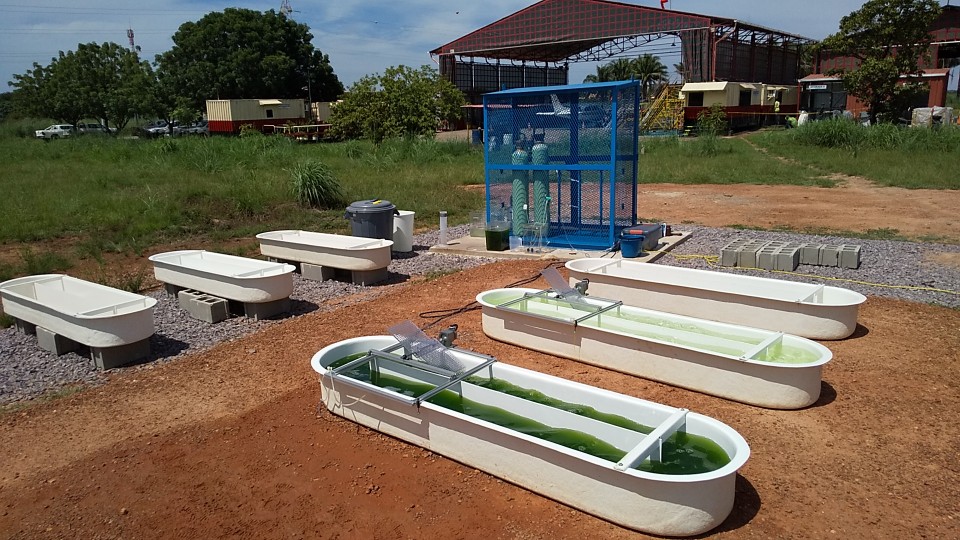 Euglena, a type of algae, is said to be about 20 to 30 percent oil by weight. It is capable of doubling the quantity in a day by cell divisions, while absorbing carbon dioxide by photosynthesis.

Areas that have warm climates with more hours of sunshine are suitable for culturing euglena, which has drawn attention as a next-generation source for biofuel production.

But the high production cost of about 10,000 yen ($92) per liter, compared with around 100 yen needed to produce conventional jet fuel, remains a bottleneck, according to the Tokyo-based biotech company.

The microbe business pioneer in Japan, established in 2005, aims to provide biofuel deriving from euglena for aviation by next September and realize mass production of the energy in 2025.

It has already set up a facility capable of producing annually a maximum 160 tons of euglena on Ishigaki Island in the southern prefecture of Okinawa, known for its subtropical climate, and a demonstration plant of bio jet fuel in Yokohama, near Tokyo.