A court sentenced a Chinese man on Monday to 14 months in prison, suspended for three years, for intruding into war-linked Yasukuni shrine in Tokyo and damaging a drape by throwing ink on it earlier this year.

Hu Daping, a 54-year-old self-proclaimed writer, had sought acquittal at the Tokyo District Court, with his defense lawyers saying he had intended to protest against the shrine and it was an act of expression ensured under the Constitution.

But Presiding Judge Toshikazu Ishida rejected the claim, saying the defendant significantly damaged an important object at the shrine and "it cannot be tolerated even under freedom of expression." 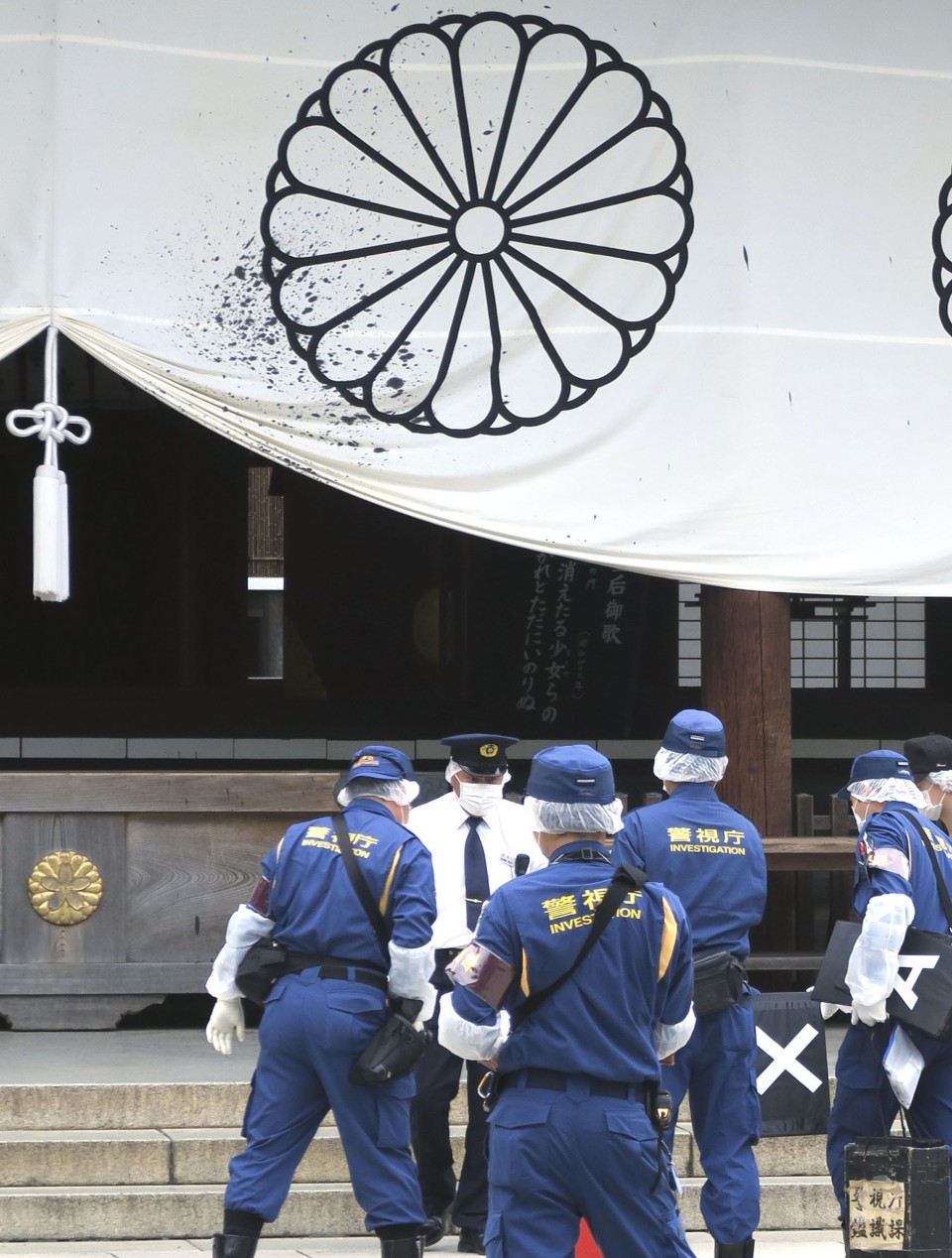 The defense filed for an appeal the same day.

The shrine honors convicted war criminals such as wartime Prime Minister Gen. Hideki Tojo, along with over 2.4 million war dead.

Hu had told police after his arrest that it was wrong to enshrine convicted war criminals.

Visits by politicians to the shrine have often been a source of diplomatic friction with China and other Asian countries that suffered from Japan's wartime aggression.