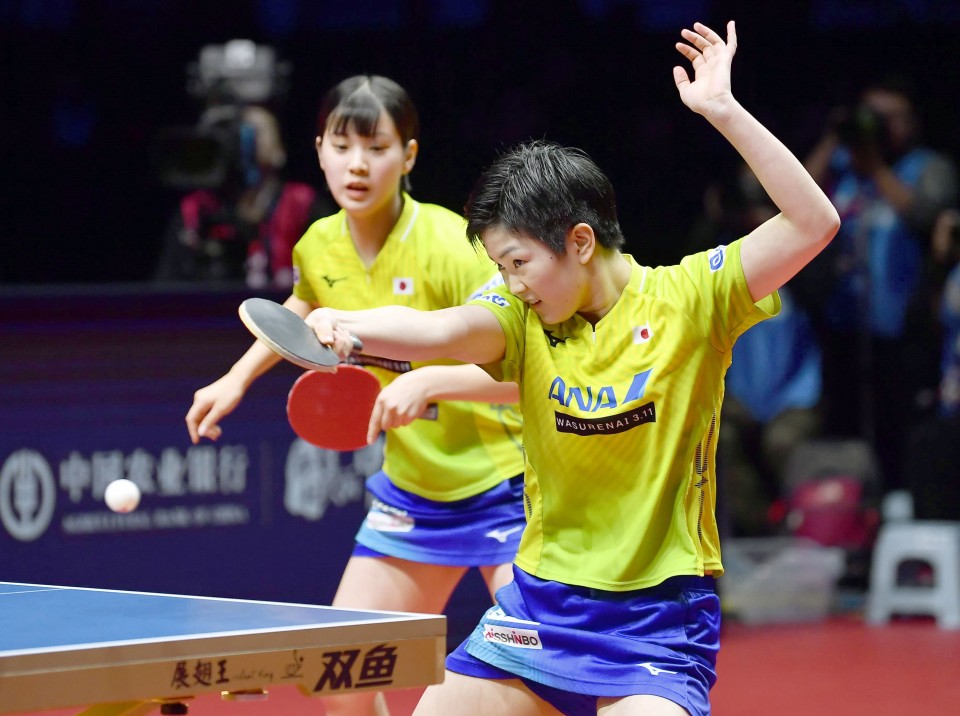 After a close first game, the 15-year-old Kihira and her 17-year-old partner Nagasaki, the world junior singles champion, rolled to a 12-10, 11-6, 11-6 victory over South Korea's Jeon Ji Hee and Yang Ha Eun.

The Japanese duo earned a shot at the gold medal by defeating Chinese world champions Sun Yingsha and Wang Manyu in the semifinals.