Japan extends construction period for U.S. base in Okinawa to 10 yrs

Japan has decided to extend the construction period for a facility to transfer a key U.S. military base within Okinawa to about 10 years from its initial plan of five years, government officials said Sunday.

The extension of the plan to relocate U.S. Marine Corps Air Station Futenma has become inevitable as more time is needed to reinforce the weak seafloor in an area where reclamation work is due to be carried out, said the officials, who spoke on condition of anonymity.

With the decision, the likelihood is high that the return to Japan of land now used for the U.S. air base in a crowded residential area of Ginowan will not happen in "fiscal 2022 or later" as agreed by Tokyo and Washington in April 2013. 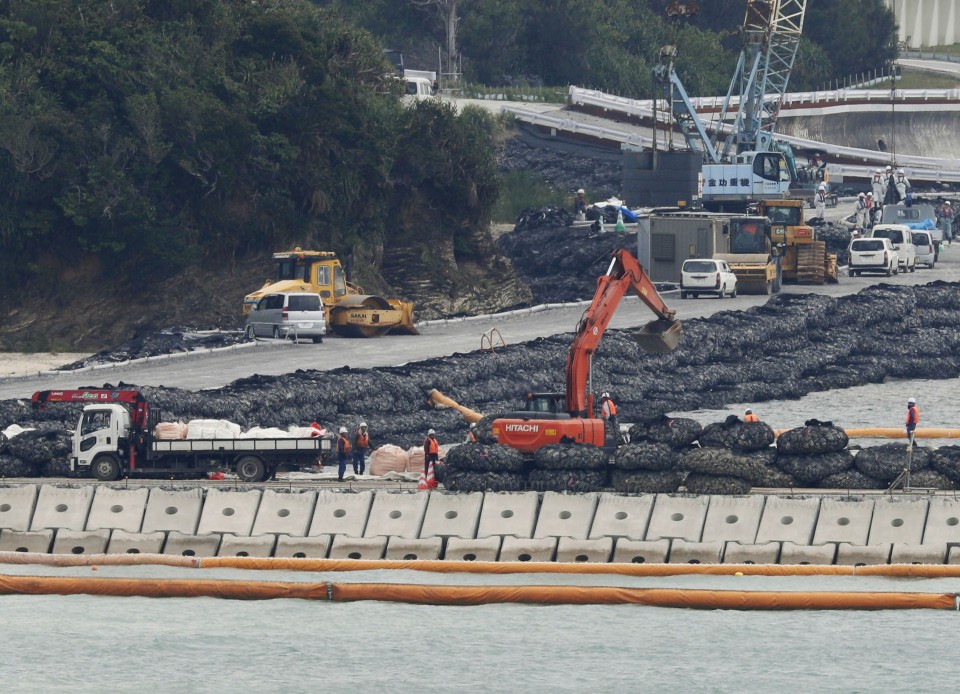 (Preparation for additional landfill work is under way in the coastal area of Henoko in Nago, Okinawa Prefecture, on March 25, 2019.)

Given that the two countries have estimated that three years will be required to complete the construction of the replacement facility after the reclamation work is finished, the return of the land will be unlikely until the 2030s or later.

The Defense Ministry may report its newest estimate for the construction period to a panel of experts as early as Wednesday, according to the officials.

A soft ground area has been found off the coast of Henoko in the city of Nago, where Japan and the United States plan to reclaim about 160 hectares for the replacement facility and built two runways in a V-shaped configuration.

Based on the updated estimate, the government is expected to seek approval for changes in its construction plan from the Okinawa prefectural government. 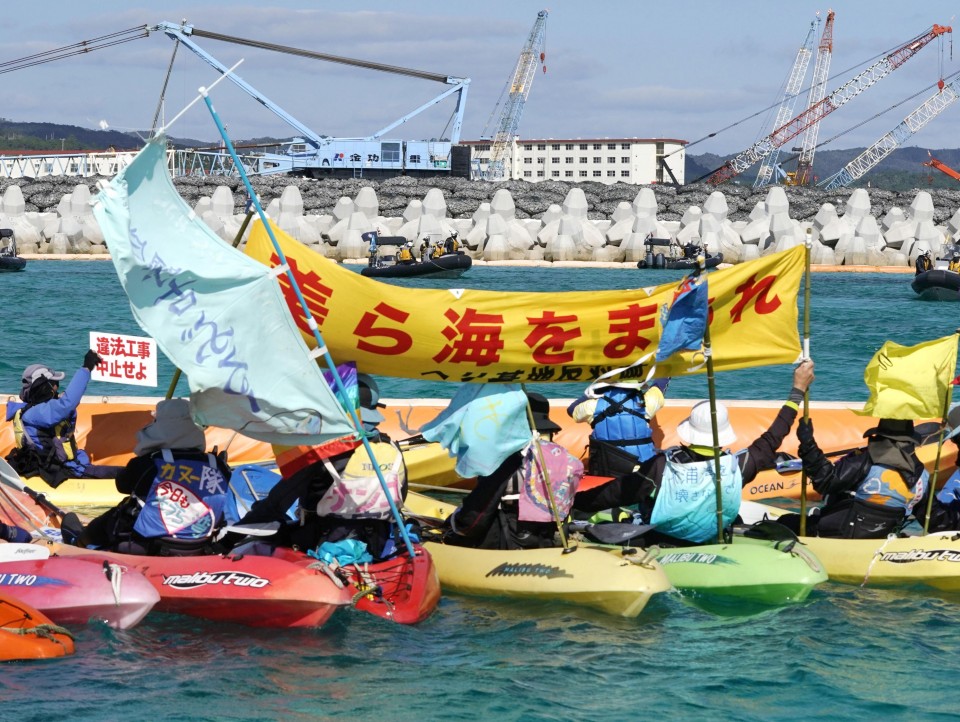 (People in canoes stage a protest at sea off Nago, Okinawa Prefecture, on Dec. 14, 2019, against the planned relocation of a key U.S. military base to the city's coastal area of Henoko from another part of the southern Japan prefecture.)

But Okinawa Gov. Denny Tamaki, a vocal opponent of the base's relocation, has no plans to approve the government's application.

If talks between the central and local governments become stalled, the return of the land could be further delayed.

Moreover, central and local government officials believe that the ballooning of necessary costs for the relocation, currently estimated to be at least 350 billion yen ($3.2 billion), would be unavoidable.

Many Okinawa people are against the relocation of Futenma as they want the base moved out of the southern island prefecture, which is home to about 70 percent of the total area of land exclusively used by U.S. military facilities in Japan.

OPINION: Japan should look at self to avoid being like China