The Japanese government said Tuesday it hopes to double the country's output of wagyu beef, known for its tenderness and marbled fat, to 300,000 tons by fiscal 2035 amid rising overseas demand.

Under the goal, which is part of a government program to support domestic farmers and boost agricultural exports, Japan will aim to increase wagyu beef production from about 149,000 tons last year by offering financial incentives to introduce breeding cows. 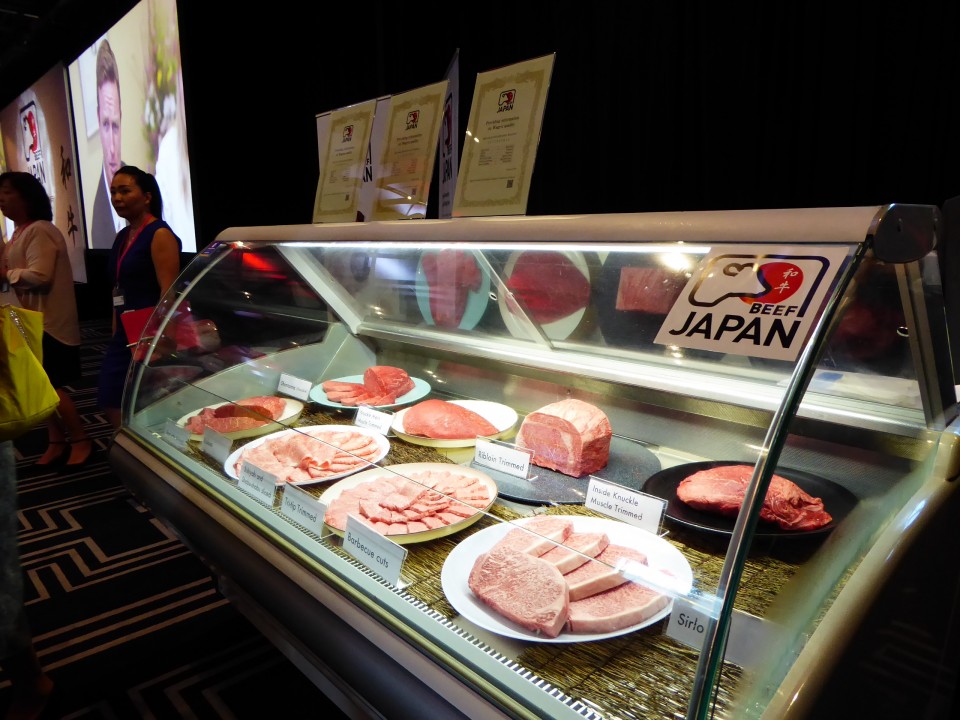 To expand beef exports, Japan will also upgrade meat processing facilities in the country to comply with stricter U.S. and European safety standards.

Tokyo worked out the program in the face of recent trade deals with the United States, other Pacific Rim nations and the European Union.

A trade pact with Washington is set to take effect on Jan. 1 while an accord with 10 other Pacific economies and the European Union entered into force on Dec. 30 last year and Feb. 1 this year, respectively, opening the domestic market to cheap farm imports from those countries.

Meanwhile, wagyu exports to the United States are expected to grow with the increase of a low-tariff quota on Japanese beef under the bilateral trade deal.

In 2018, Japan's agricultural exports reached a record 906.8 billion yen ($8.4 billion), hitting an all-time high for the sixth straight year, with Hong Kong the largest buyer of Japanese farm produce, followed by China and the United States.

"There will be more opportunities for Japan's safe farm produce to make inroads into overseas markets," Prime Minister Shinzo Abe said at a meeting to adopt the farm strategy.

The program also includes measures to bolster the preparedness of farm facilities against typhoons and other natural disasters, as well as the smooth vaccination of pigs to prevent the spread of classical swine fever. 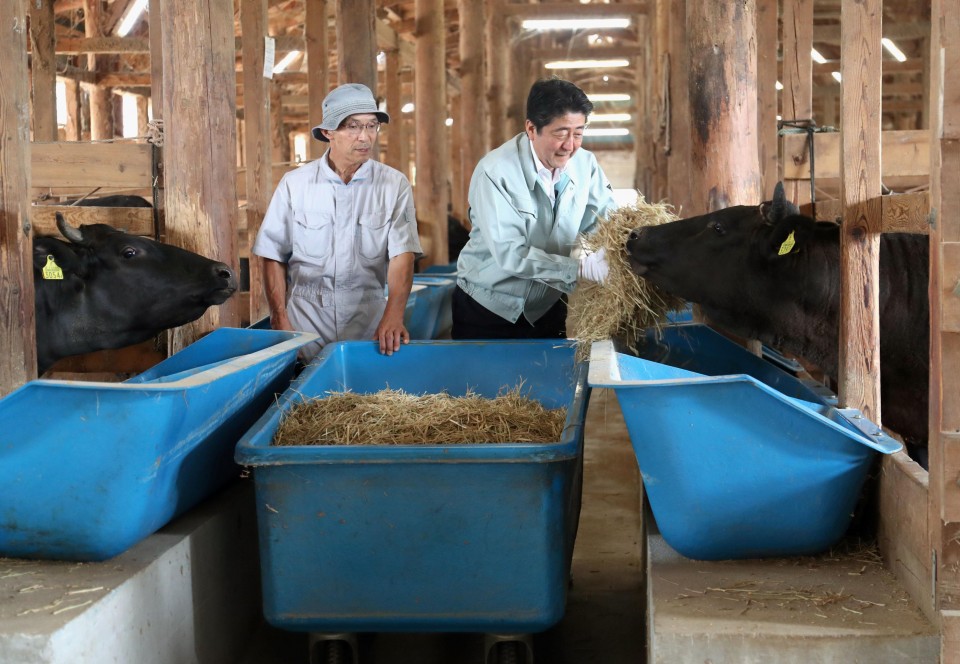 Japan has struggled to contain the swine fever epidemic, which has forced farmers in a dozen prefectures to cull their pigs since last year.

The strategy also calls for promoting the use of innovative technology such as crop-dusting drones in agriculture, particularly in mountainous and disaster-hit areas.

The government also plans to draw up legislation to protect brand-name agricultural products such as "Shine Muscat" seedless grapes and "Amao" strawberries, which have a high sugar content, which were both developed in Japan but have been found being grown in China and South Korea.

The legislation, which the government plans to submit to next year's parliamentary session, will also include tougher restrictions on the smuggling of wagyu DNA in fertilized eggs out of the country.