Entering the free skate at Yoyogi National Gymnasium trailing Hanyu by 5.01 points, Uno, the only other skater to earn more than 100 points in the short program, was close to flawless, scoring 184.86 for a 290.57 total. As national champ, he earns an automatic spot at next March's world championships. 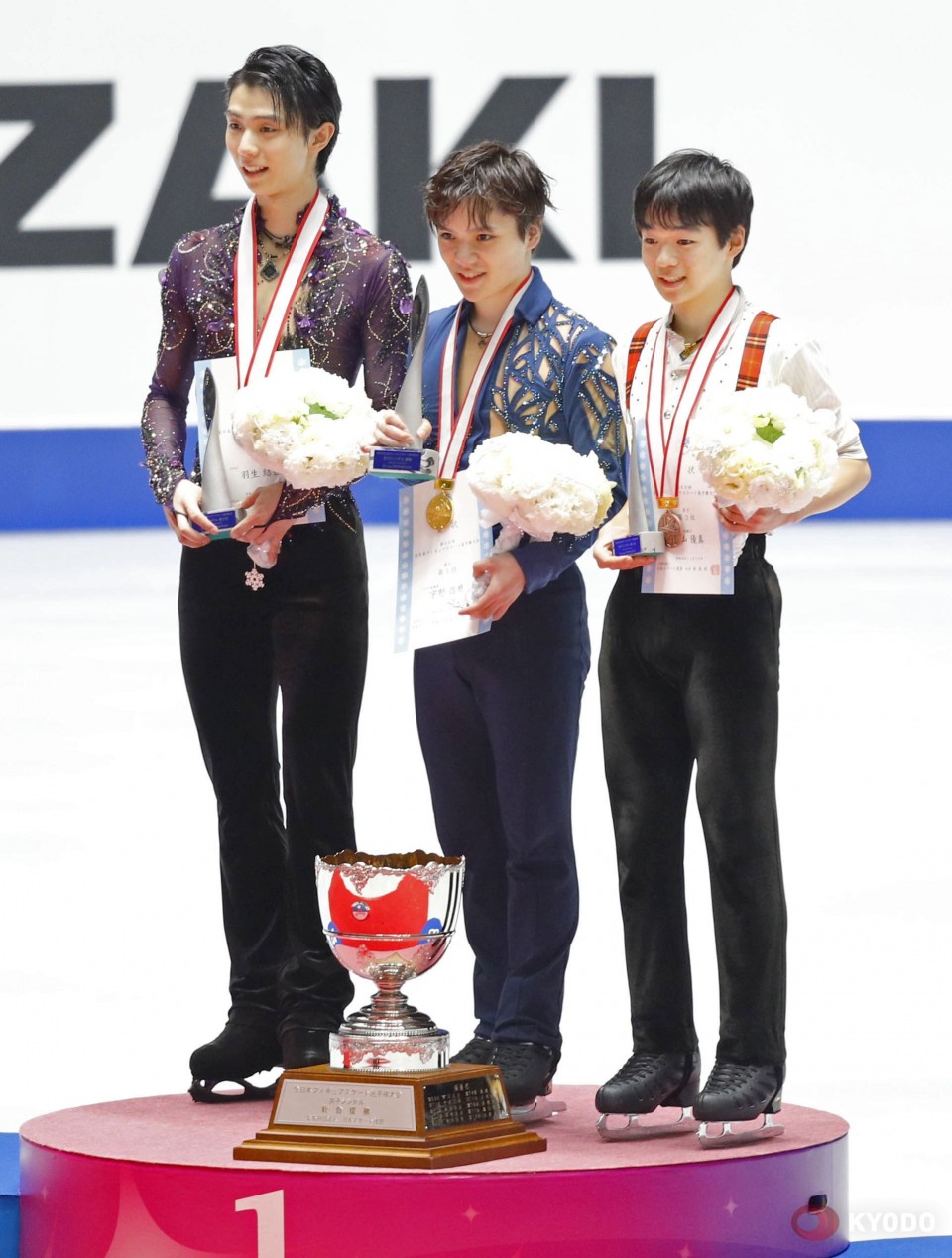 "It's unbelievable," Uno said after Hanyu's flawed effort left him the winner. "I feel all the skaters, including myself and Yuzuru Hanyu as well, can do a lot better than we did. Still I'm glad to have won."

"Now I am eager to practice hard as I look forward to the worlds."

Skating last, Hanyu's awkward landing on his opening jump was a harbinger of a routine in which his timing appeared off and his showmanship lacking. He lost his balance repeatedly and fell on his final jump.

Yuma Kagiyama, who was second in the free skate, climbed to third place. 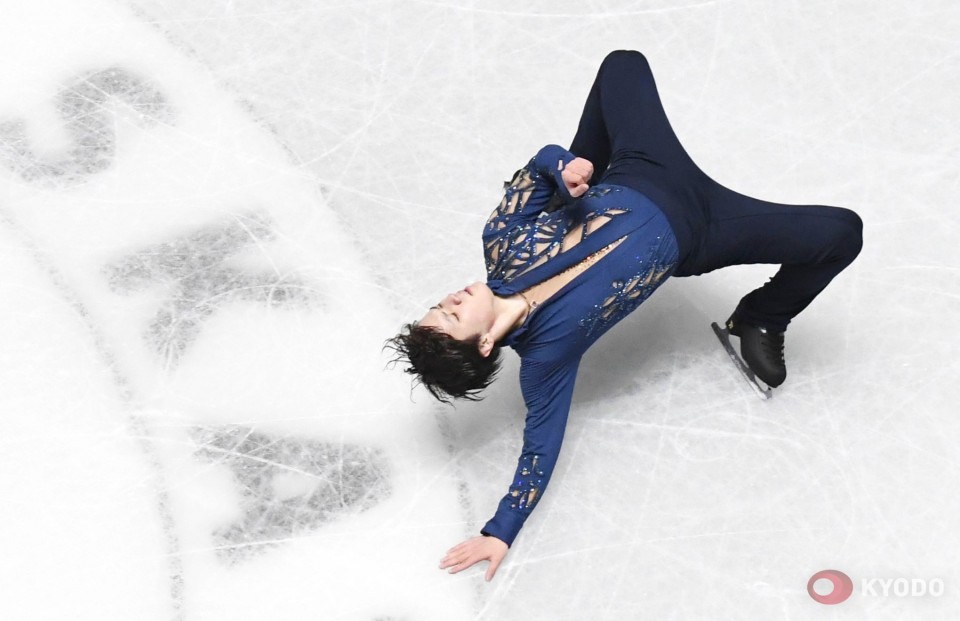 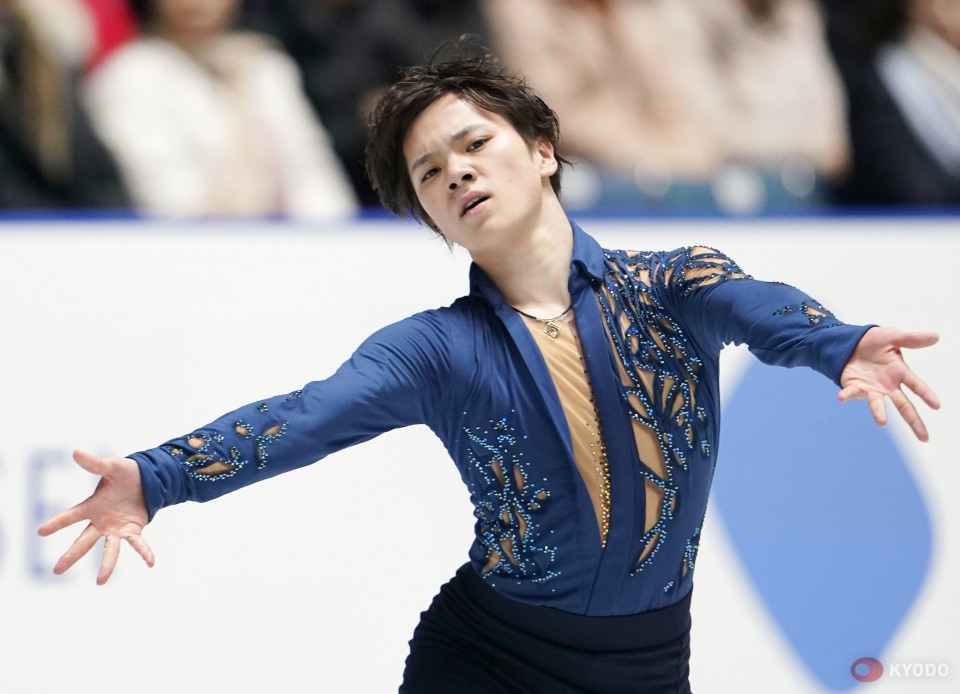 Despite the shock turn of events for Japan's top two international skaters at the program's conclusion, the star of the men's competition for the second straight year proved to be 33-year-old Daisuke Takahashi.

Takahashi, the 2010 Vancouver Olympics bronze medalist, brought his singles career to an end to a thunderous ovation at the venue where he won his first national championship in 2005. Takahashi, who walked away from competition in 2014, made a dramatic comeback a year ago and brought down the house at last year's nationals.

This time, despite a poor free skate and a 12th-place finish, he was once more the center of attention as he took his bows before his scheduled move to ice dancing from next year. 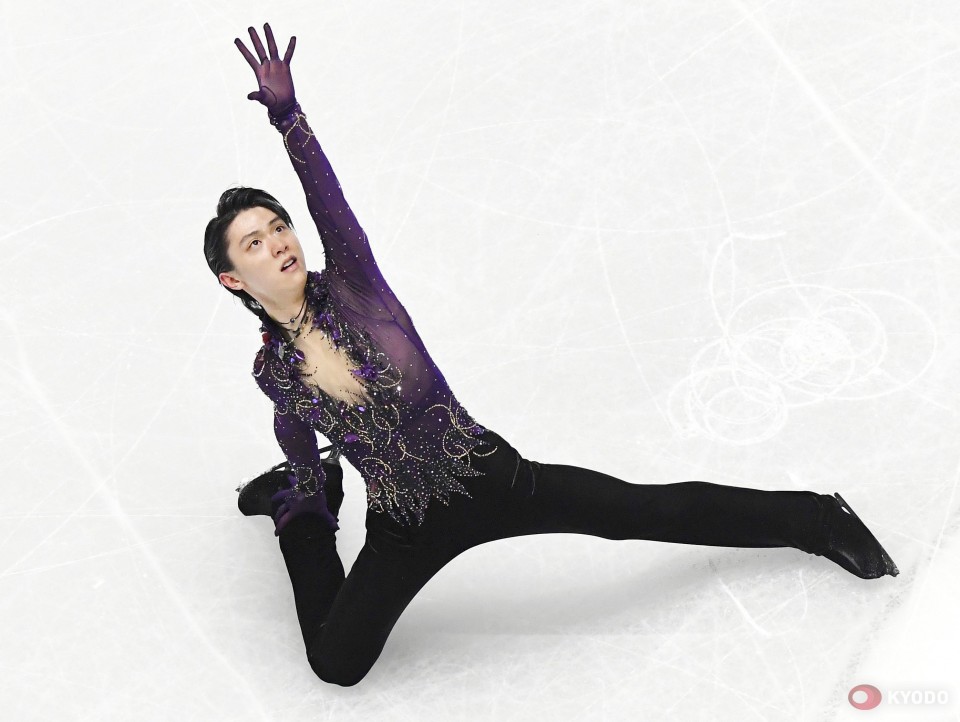 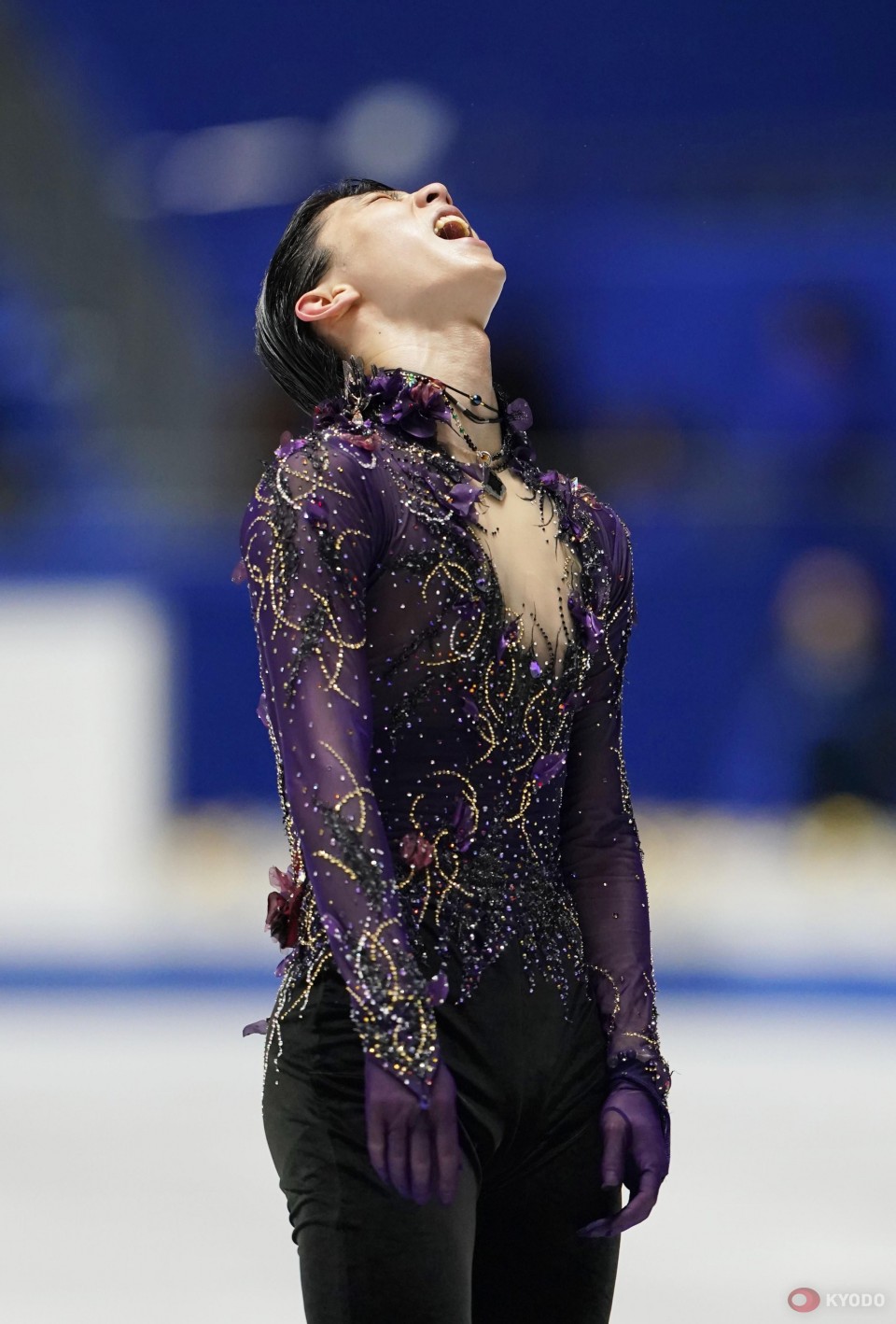 "Both my short and free were lacking, but when it was over the passionate response from the crowd made me really happy," said Takahashi, who lost his balance on a triple axel and fell on a triple flip. "To receive that kind of warm applause after a performance like that makes me really feel like I'm retiring. I am truly content." 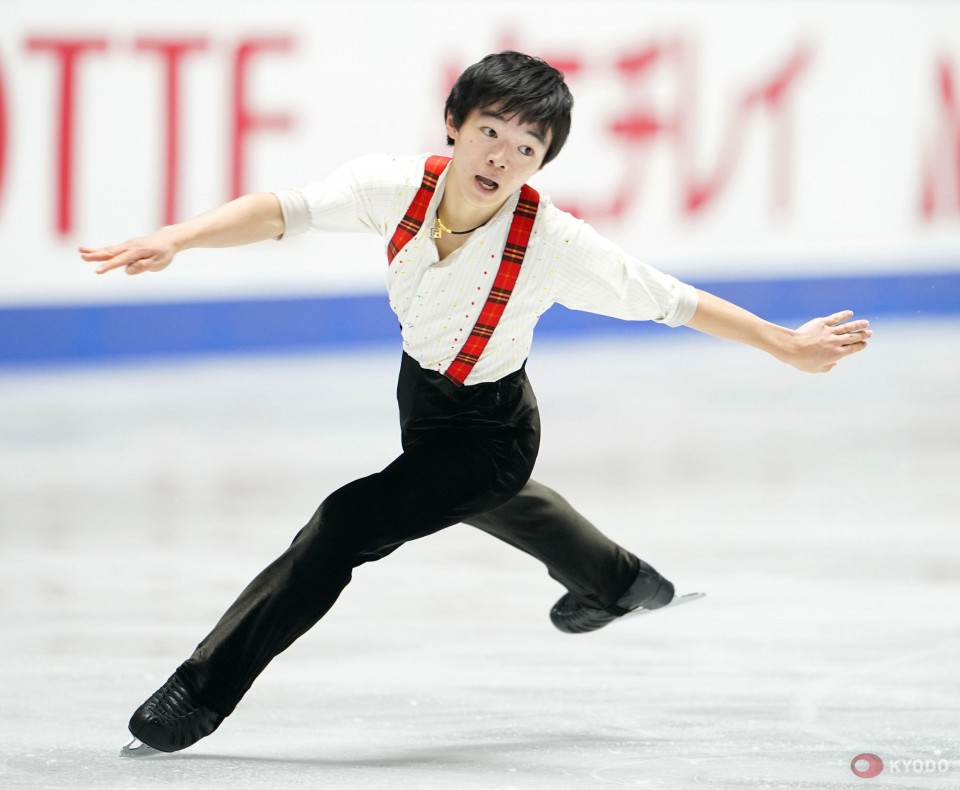 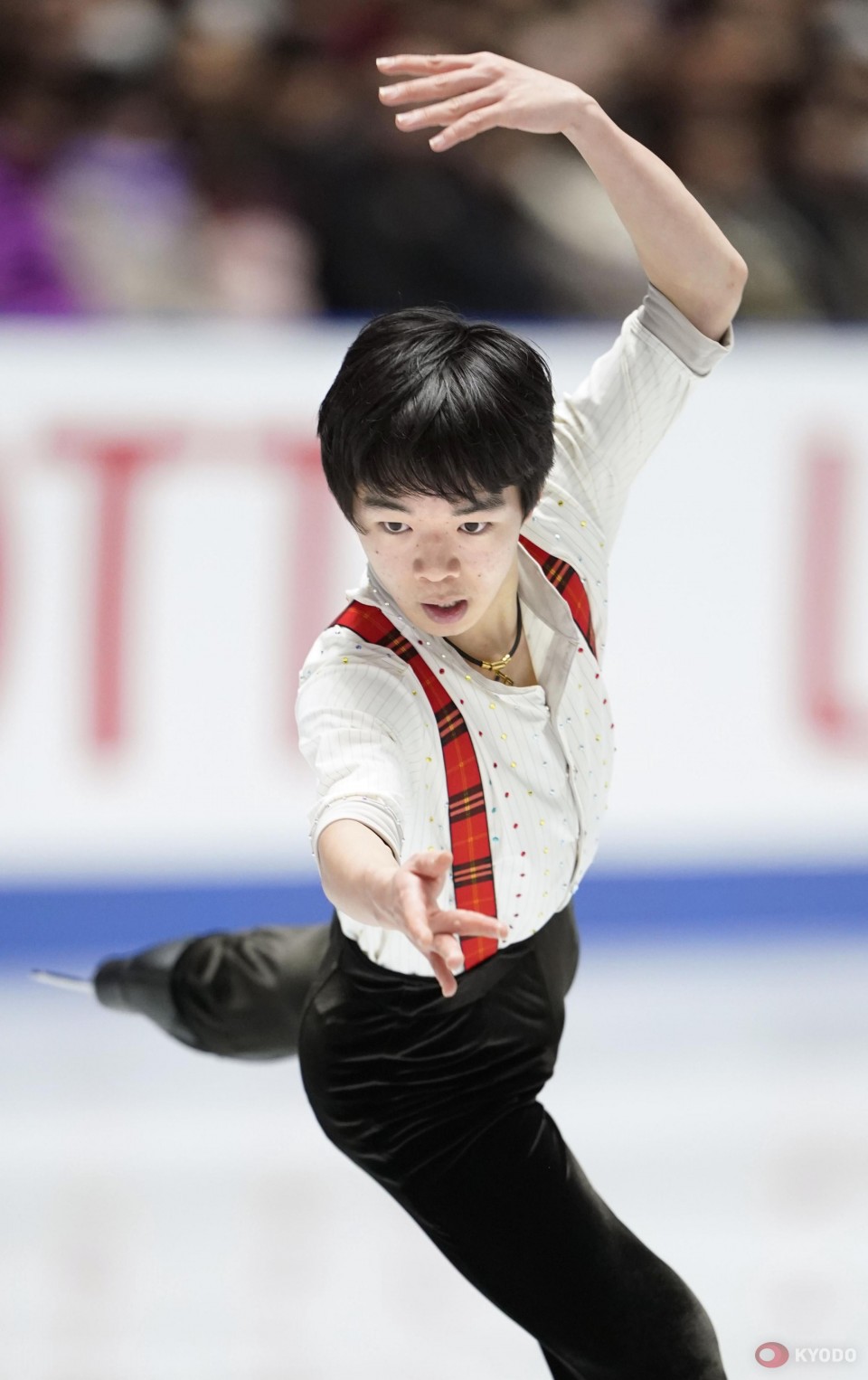 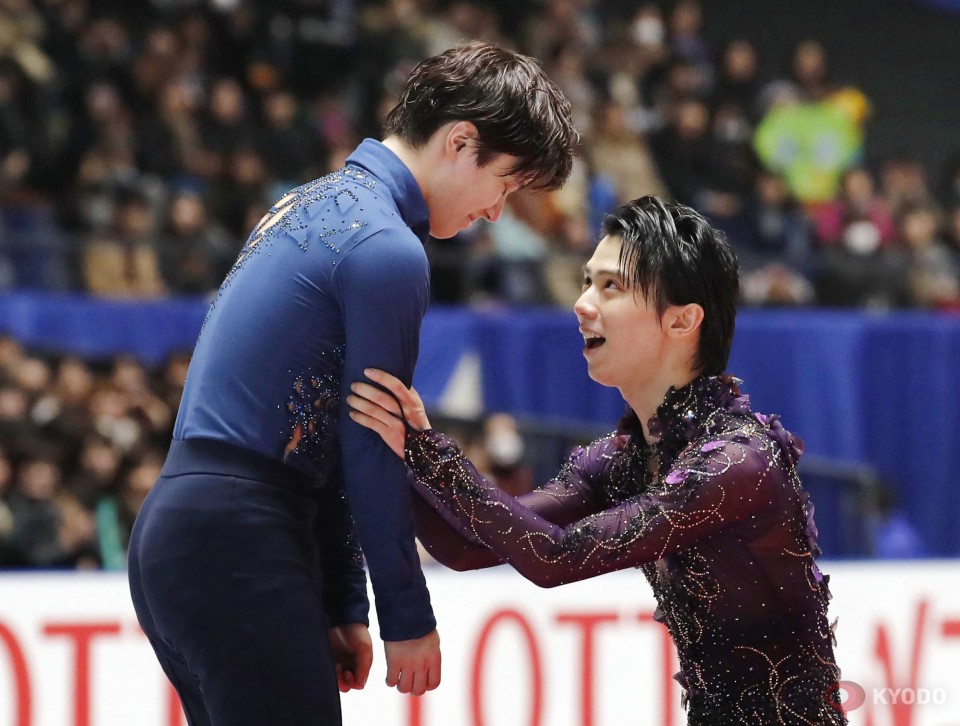 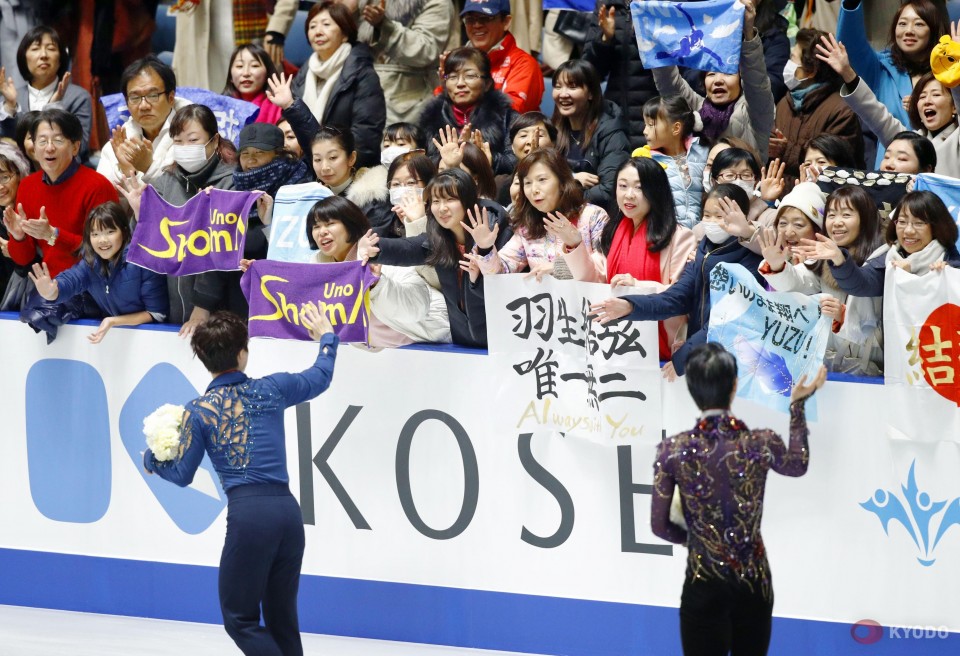