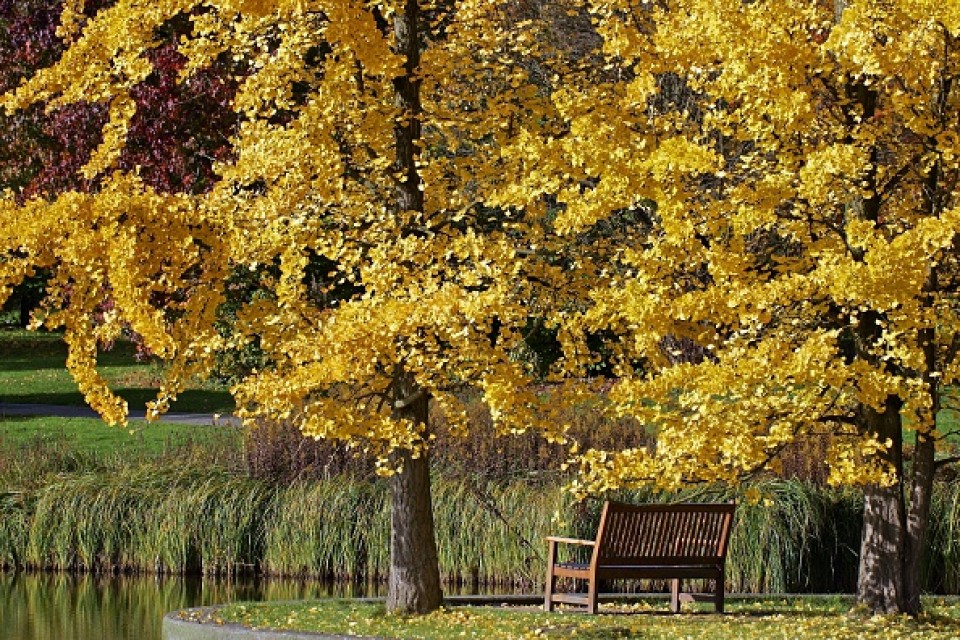 Fifteen ginkgo tree saplings have been sent from Wales to Japan as a symbol of the two nations' deep-rooted friendship.

The saplings were taken from a ginkgo tree in Pembrokeshire, southwest Wales, a location noted for its remarkable history in the country's long-standing ties with Japan.

The tree is said to have been donated in 1877 by Kagenori Ueno, then Japanese envoy to Britain, as a symbol of gratitude upon the launch of the Japanese warship "Hiei" from Pembroke Dock.

Also present at the launch was Lt. Heihachiro Togo, who was studying in Wales at the time and oversaw the ship's construction. Togo was staying at the master shipwright's house where the ginko sapling was planted in a garden.

Togo returned to Japan on the Hiei and went on to lead Japanese forces to victory at the Battle of Tsushima in the Russo-Japanese war, becoming known as admiral "Nelson of the East."

Togo's connection with Wales led to the fully-grown ginkgo tree being called "Togo's Ginkgo" by locals.

The plan to return the tree saplings was the brainchild of local historian and resident David James, 81, who first heard the story of the Hiei as a young boy from his father. 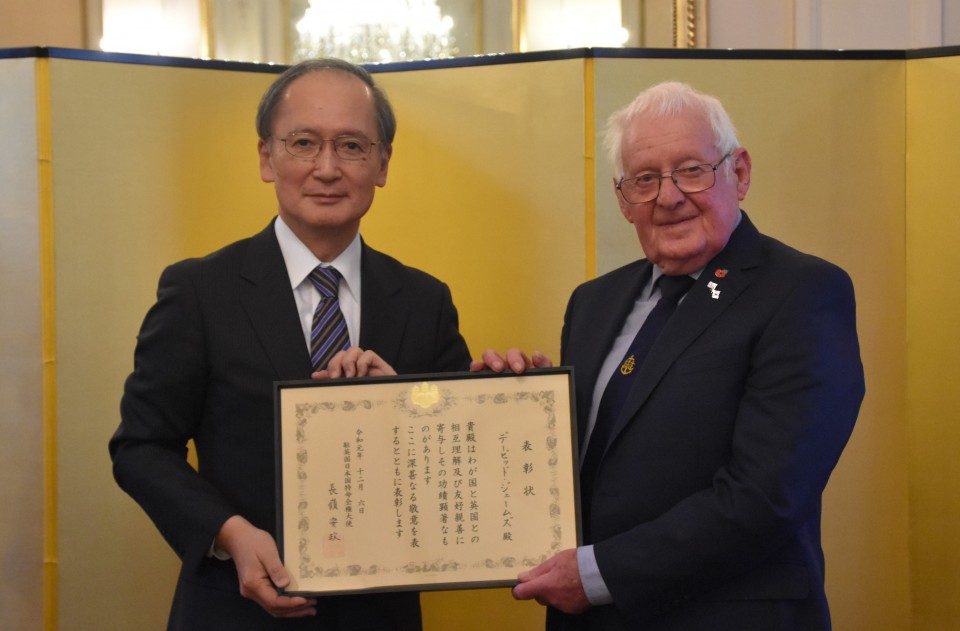 James previously headed efforts to create a memorial for the crew and passengers of the cargo ship Hirano Maru owned by Japanese shipping firm Nippon Yusen, which was torpedoed by a German U-boat in the Irish Sea in October 1918, just over a month before the end of World War I.

According to James, the idea for the ginkgo project initially came from a chance encounter with Ken Matsui, a retired Japanese Air Self-Defense Force major general now living in Wales. Matsui learned of the tree's existence from James and together the two men came up with a plan to share its story.

The saplings were raised by staff at the National Botanic Garden of Wales for two years until strong enough to be transported by air with support from Nippon Yusen.

According to a source, for quarantine purposes, the microorganisms must be completely removed as well as the soil and leaves of the saplings for transport. The plants were placed in a special box, which can supply them with water for more than 10 days.

Ayshea Cunniffe-Thomas, a horticulturist who headed the team looking after the ginkgos, said, "The more I looked into it and read about Admiral Togo, I realized what an honor it was to be asked to participate."

Cunniffe-Thomas added that it was "nerve-wracking" to be charged with raising the plants, but that they had made excellent progress and she looked forward to following their journey and hopefully visiting them in their new homes in Japan.

The cuttings will be transported to Hiroshima Botanical Garden to be cared for until next spring, before being distributed to sites around Japan. Planned locations include sites of current or former military ports, among them Togo's birthplace of Kagoshima city, as well as Togo Jinja, a Shinto shrine dedicated to the late admiral, in Tokyo.

James said he felt "elated, excited and interested" to think of the trees being sent to Japan. "This project has exceeded beyond my wildest expectations, it's wonderful," he said.

James was awarded a commendation by Japan's ambassador to Britain, Yasumasa Nagamine, in recognition of his efforts.