Amnesty International Hong Kong on Tuesday slammed what it termed excessive use of force by the Hong Kong police during anti-government protests over the past six months as the cause of the city's unrest.

Violence by police "is also Amnesty's focus and we consider this to be the root cause of all the violence in Hong Kong," said the organization's Hong Kong office director, Tam Man-kei, at a presentation in Tokyo.

Mass protests began in Hong Kong in June over a contentious bill that sought to allow extraditions to mainland China. Even though the bill was withdrawn amid strong popular opposition, the protests have expanded to include calls for police accountability and greater democracy.

Tam said protesters may be planning another mass demonstration for Sunday, after Hong Kong residents had a rare lull in violent clashes over the last weekend. 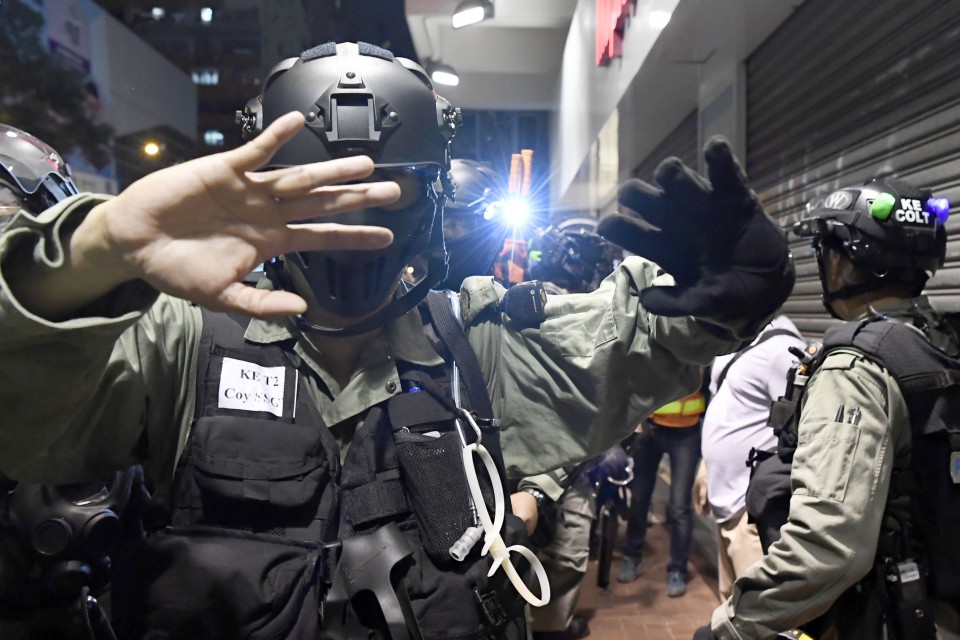 (A police officer keeps the media away as police disperse protesters in Hong Kong on Nov. 2, 2019.)

The rights watchdog, which has compiled three reports so far on the use of violence by police, found that protesters were being subjected to arbitrary arrests, beatings and torture while in detention.

"In just three hours they used 1,000 canisters of tear gas in one location," Tam said in what he described as acts of "revenge" against trapped protesters at recent university sieges.

Amnesty International, which believes that "something structural" is behind the systematic use of excessive force by police, attributes it to the central Chinese government's focus on national security since Chinese President Xi Jinping took office, he added.

"In the name of national security, within China itself a lot of dissent voices were arrested," he said, saying the same "red line" is now being applied to Hong Kong.

In reference to the historic turnout of 2.94 million voters and the landslide victory by pro-democracy parties in last month's district council elections, Tam said, "Hong Kong people learned that they can use their voting rights to protect their basic human rights. This is a very important lesson."