Tens of thousands of fans packed the streets of Marunouchi in a celebration Wednesday as the Japan rugby squad, who made history by reaching the quarterfinals of the recent World Cup, paraded through Tokyo's premier business district.

Led by team captain and flanker Michael Leitch, the players, dressed in darks suits, waved to fans as they walked the 800-meter route along Naka Dori, surrounded by high-rise office buildings and rows of golden-leaved gingko trees.

Around 50,000 people turned out for the parade, according to the organizers. 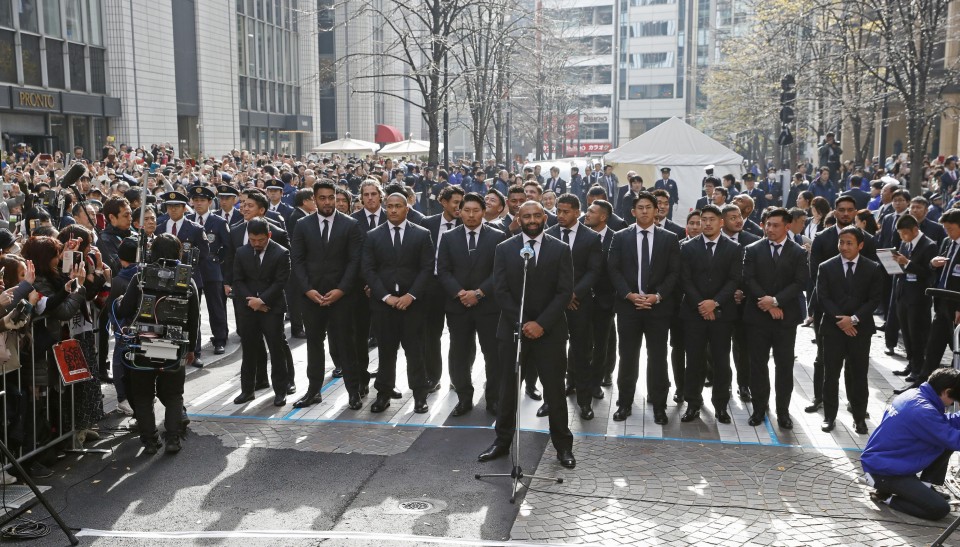 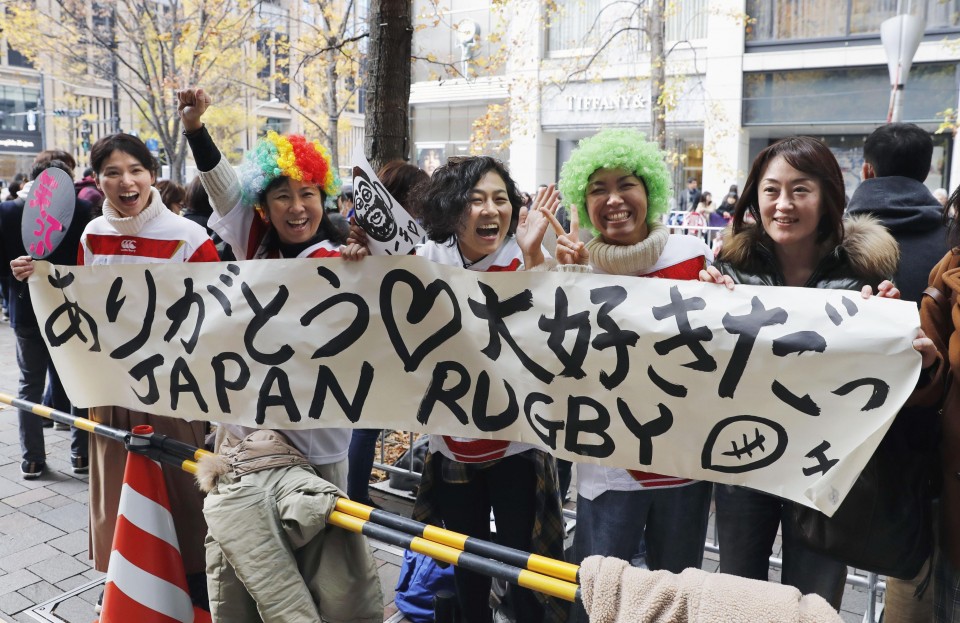 "Thank you for your support during the World Cup. We were able to achieve our goal of making the best eight. We owe all the fans who cheered for us on TV and from the stands," Leitch said in a commencement address.

"Today we have a chance to express our thanks through this parade. We'd like to work together with the fans to become a stronger team. Please continue to support Japanese rugby," he said.

Japan, coached by Jamie Joseph, beat Pool A favorites Ireland as well as Russia, Samoa and Scotland to advance to the knockout stage with a perfect 4-0 record. Their dream run at their home tournament came to an end with a 26-3 loss to South Africa.

The Springboks went on to beat England and lift the Webb Ellis Cup following the climax of the quadrennial competition, which was held in 12 host cities across Japan from Sept. 20 to Nov. 2.

Also on Wednesday, rugby national team sponsor Taisho Pharmaceutical Co. said each of the 51 Brave Blossoms players and staff will receive a 2 million yen ($18,400) performance bonus, double the amount of the bonus in 2015. Official sponsor Goldwin Inc. will also pay out a bonus of 1 million yen per person. 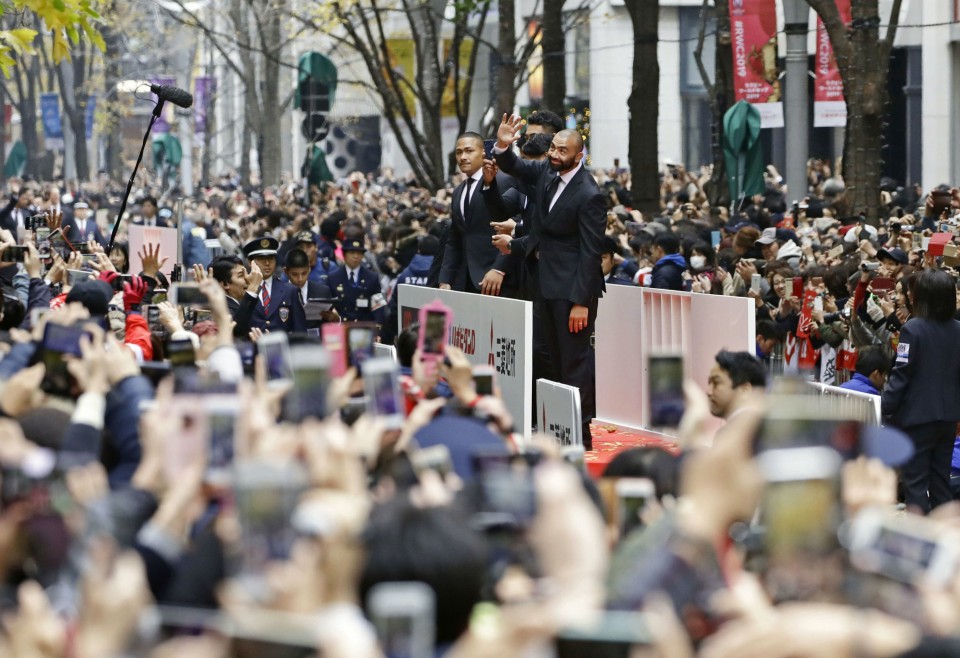 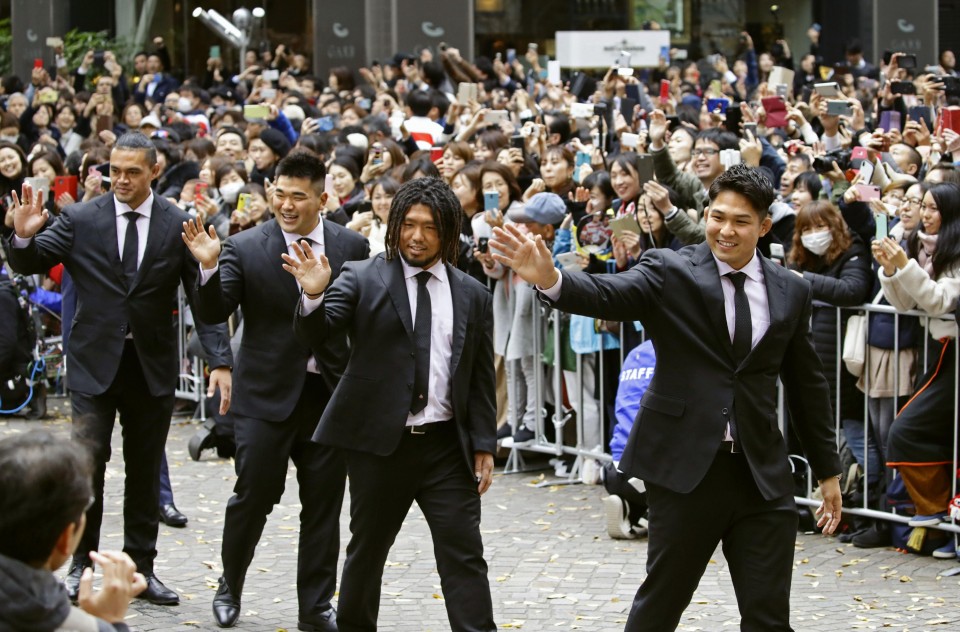 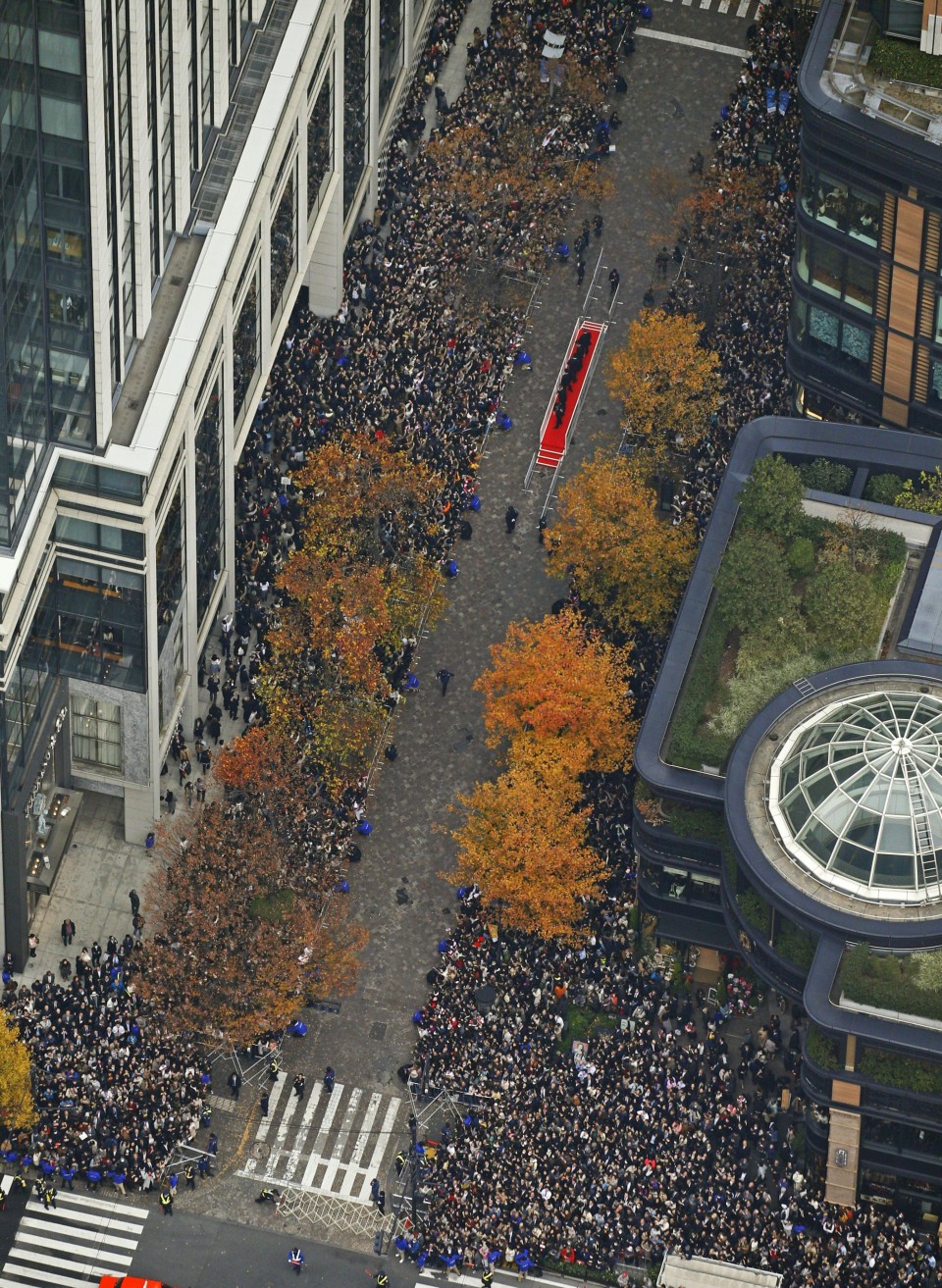 Earlier this month, "One Team," Japan's slogan for the 2019 Rugby World Cup, was picked as the country's buzzword of the year.

Hosting the tournament provided a big boost to the sport's popularity in Japan where, despite its long history, rugby has trailed baseball, soccer and sumo in terms of following.