Japan in 2020: Tokyo shares may lose momentum after Summer Olympics 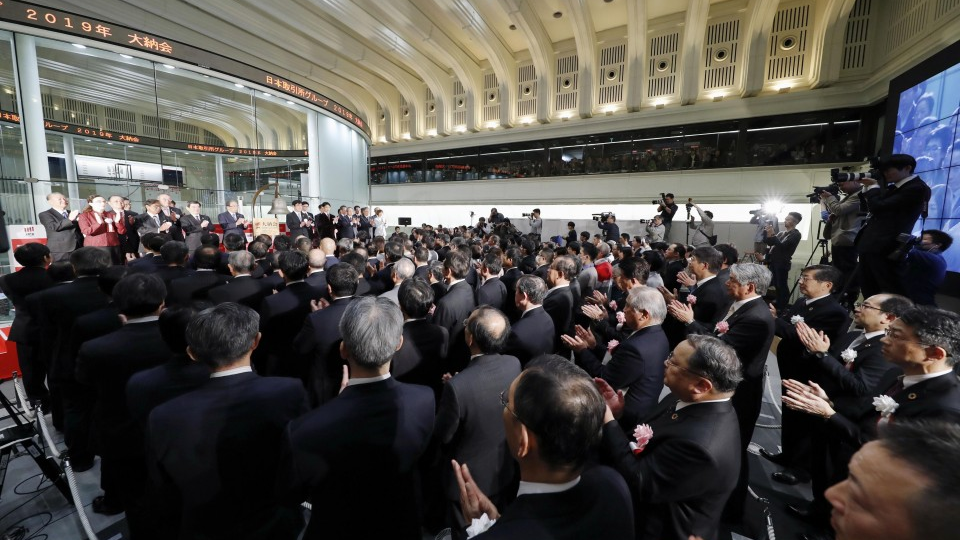 TOKYO - While Tokyo stocks may have more room for gains, their momentum could be lost if the Japanese economy heads for contraction after the Summer Olympics and the U.S.-China trade war re-escalates after the U.S. presidential election, market experts say.

The benchmark Nikkei index has been trading at its highest levels in about 14 months, and economic fundamentals are expected to remain favorable for the coming months as corporate earnings are showing improvement, Washington and Beijing have reached a trade-war cease-fire and key U.S. stock indexes continue their record-setting rallies.

There are concerns about domestic consumer spending slowing further following the Oct. 1 consumption tax hike and earnings of major corporations being vulnerable to the U.S. and Chinese economies. 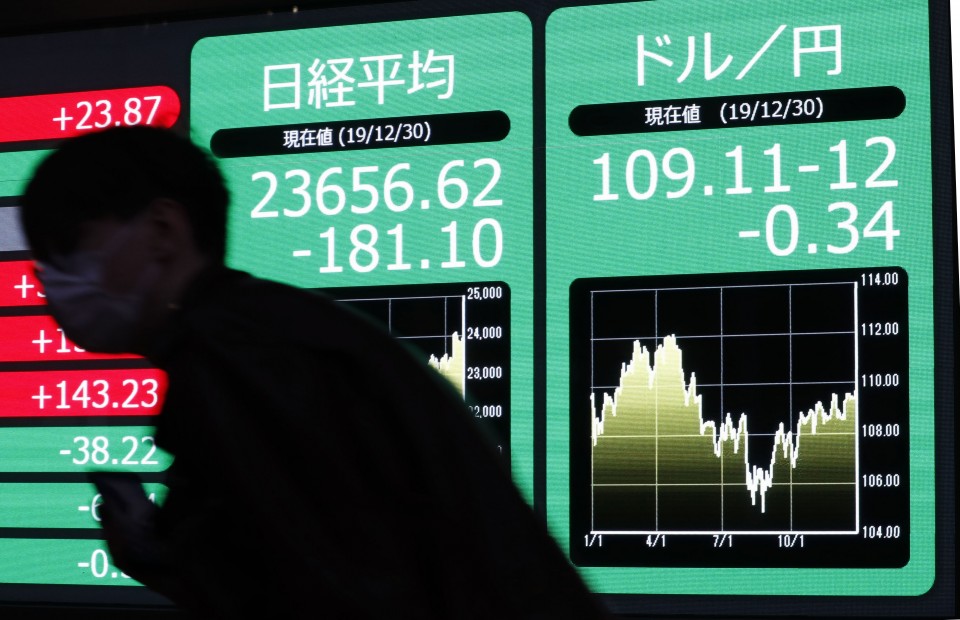 Still, optimism will likely hold through the Tokyo Olympics from late July to early August as organizers expect some 920,000 spectators a day and the Japanese government has put together a spending package totaling 13.2 trillion yen ($121 billion) to support economic activities beyond the summer event.

"Consumer spending is expected to grow and an influx of foreign visitors should fuel the local economy," said Maki Sawada, vice president of the investment research and investor services department at Nomura Securities Co.

Once the Olympics are over, some analysts warn of a market downturn toward the end of the year.

The phase-one agreement in U.S.-China trade talks benefited global stock markets, but further negotiations after the U.S. election on remaining issues such as intellectual properties could reverse the trend, they said.

"It could be more than a year before the sealing of a comprehensive trade deal, as it is hard to imagine that their gaps will be bridged so soon," said Yutaka Miura, senior technical analyst at Mizuho Securities Co.

While both Washington and Beijing had domestic political reasons for a partial trade deal, U.S. President Donald Trump, if re-elected, could harden his policy toward China, they said.

"Japanese firms heavily rely on sales in China, and any move to put extra pressure on the (Chinese) economy should have a negative impact on Japanese shares," Miura added.

China's economy expanded at 6.0 percent from a year earlier during the July to September quarter, the weakest reading since comparable data became available in 1992, hit by the tariff battle with the United States.

Some analysts point to concerns over the prospect of the U.S. presidential election itself.

Trump is facing an impeachment inquiry, and major Democratic candidates such as Elizabeth Warren proposing a wealth tax and tighter financial regulations could raise skepticism among investors about the U.S. economic outlook.

Norihiro Fujito, senior investment strategist at Mitsubishi UFJ Morgan Stanley Securities Co., said election uncertainties could cause U.S. shares to tumble and briefly push the Nikkei to as low as 20,000 around October.