Multiple human bodies and body parts have been found in a wooden fishing boat, likely North Korean, that recently washed up on an island in Niigata Prefecture.

Japan Coast Guard officials said Saturday the remains appeared to be of five people, including three men, of unknown ages. 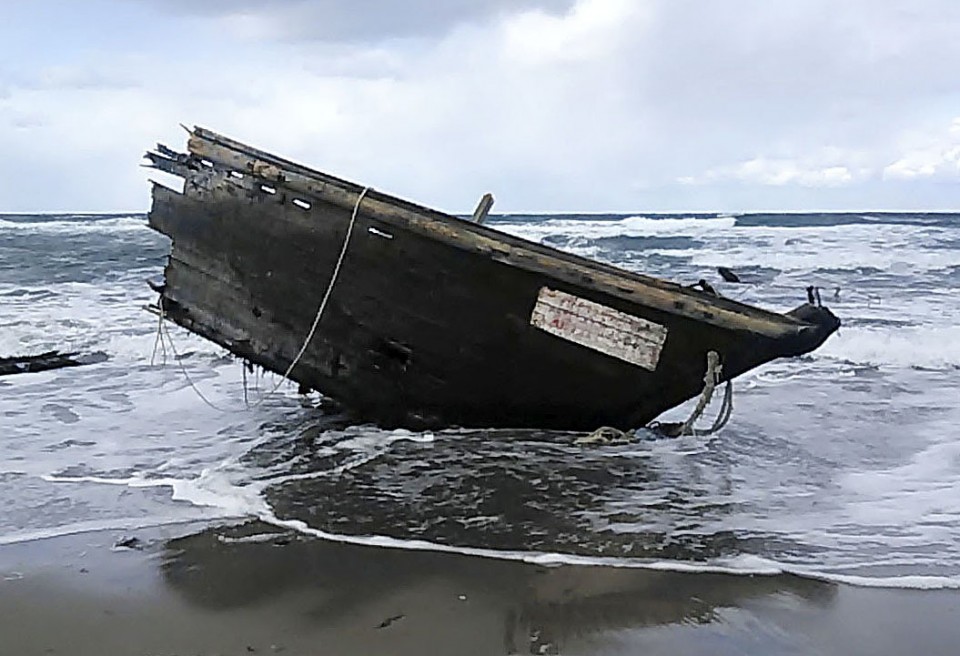 (Part of a wooden fishing boat that recently washed up on Sado Island in Niigata Prefecture.)
[Courtesy of Sado Japan Coast Guard Station]

A police officer on patrol in Sado Island discovered the boat Friday on the shore. Korean alphabet letters were found on the bow of the vessel.

Due to seasonal northwesterly winds, dozens of wooden boats believed to originate in North Korea drift every winter across the Sea of Japan to Japanese shores.

In many cases, bodies reduced to skeletons have been discovered in the vessels.