Despite the launch of a new management team and a renewed pledge to maintain a three-way Japanese-Franco automobile alliance, Nissan Motor Co. is likely to continue to have difficulties in turning around its battered business, analysts say.

New Nissan President and CEO Makoto Uchida pledged Monday to "deepen and strengthen" the alliance with Renault and Mitsubishi Motors Co. for increased sales and profit. But analysts say Nissan faces rising competition with other global players -- especially in terms of research and development for connected, autonomous, shared and electric vehicles. 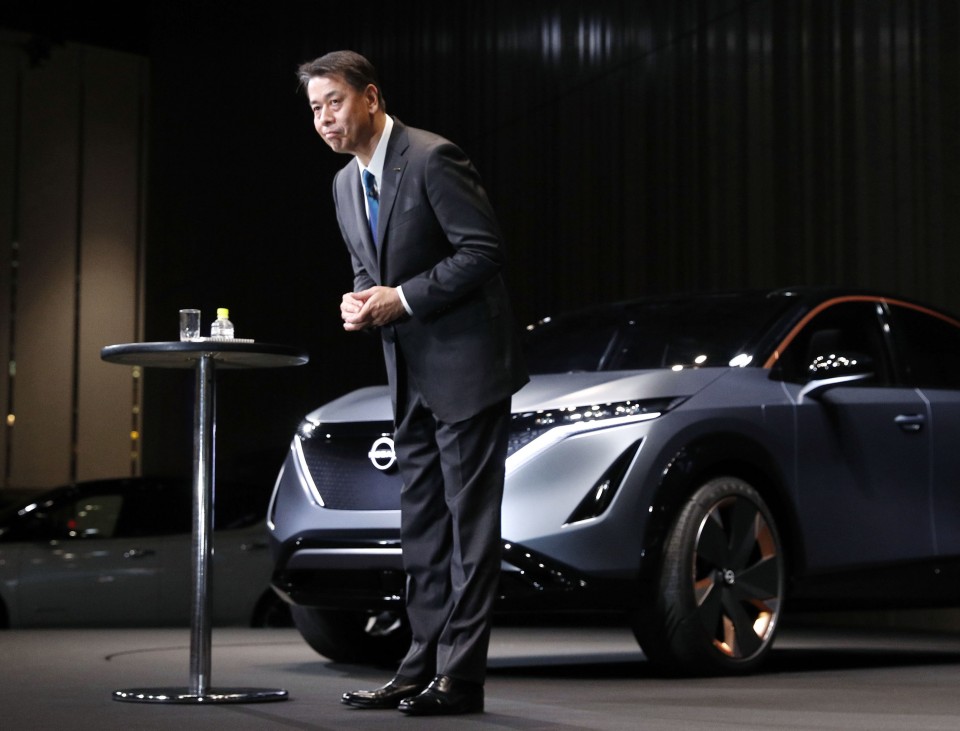 "Some people might expect a V-shaped recovery under the new management team. But it would naturally take some time before Nissan can rebuild its business" in the increasingly competitive market, said Tatsuo Yoshida, senior auto analyst at Bloomberg Intelligence, a research group.

As for development of next-generation vehicles, Japan's No. 2 automaker by volume has apparently lagged behind rival Toyota Motor Corp., which is eager to tie up with global tech firms and invest in smaller Japanese carmakers such as Suzuki Motor Corp. and Subaru Corp.

Nissan's budget for research and development in fiscal 2019 through March next year is 550 billion yen ($5 billion), far below Toyota's plan of 1.1 trillion yen and Honda's 860 billion yen, according to their earnings outlook reports.

Analysts suspect the gaps may have prompted Nissan and its two partners to set up a new company to jointly strengthen their cooperation in developing advanced technologies for next-generation vehicles, with a plan to announce details next month.

Aside from concerns about the technology front, there is lingering uncertainty about Renault's strategy to reshape ties with Nissan.

The French carmaker dismissed Chief Executive Officer Thierry Bollore, a close aide of ousted Nissan Chairman Carlos Ghosn, in October to cut ties with the former Renault chairman who was arrested in Japan in November last year over alleged financial misconduct at Nissan.

Renault was also dealt a blow after Nissan rejected a merger plan with it and the French government, the top shareholder in Renault, did not approve a merger plan between the French automaker and Fiat Chrysler Automobiles N.V.

Nissan and Renault have vied for the leadership in the management overhaul of Nissan and the future of the Japanese-Franco auto alliance following the arrest of Ghosn. 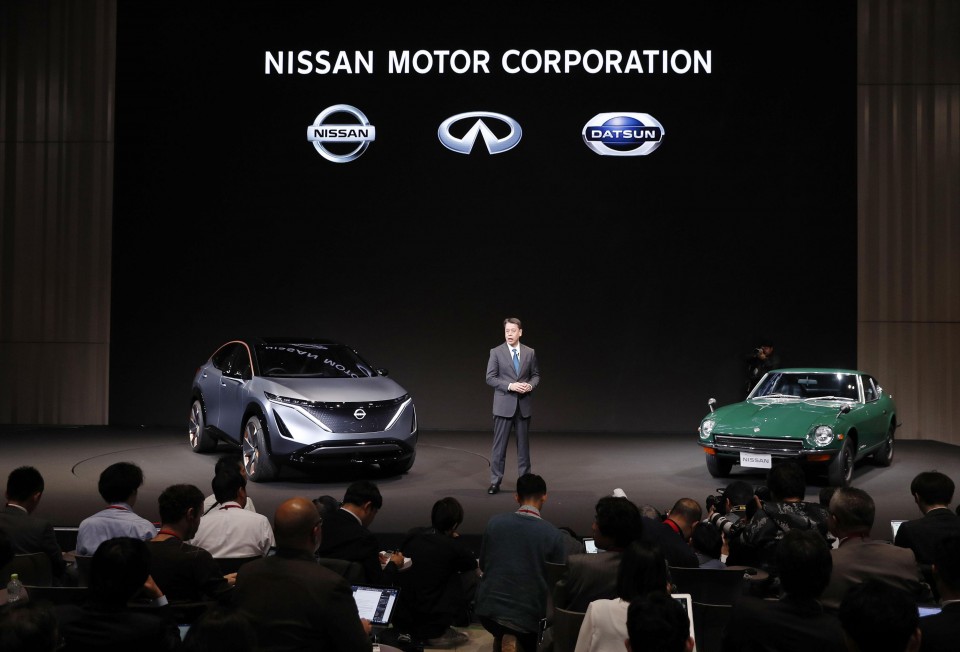 While Nissan has striven to put its financial scandals -- including one involving Ghosn's successor Hiroto Saikawa -- behind it, the carmaker reported in November an 85.0 percent fall in its operating profit for the first half of fiscal 2019.

Nissan also slashed its net profit outlook for the year through March next year to the lowest level in 10 years due to sluggish global sales and its failure to produce attractive new models without getting rid of Ghosn's so-called expansionary strategy.

"It is necessary for Nissan to avoid over-stretched plans and streamline its production capacity including job cuts," Yoshida said.

He was referring to the Ghosn strategy under which Nissan was overstretching to meet numerical targets such as by providing subsidies to dealers in the United States in a bid to push up sales in the major auto market.

Toshihide Kinoshita, a senior analyst at SMBC Nikko Securities Inc., agreed and said, "Nissan needs to sell new models and reduce incentives to dealers so as to improve its brand image in the U.S. market as part of its revival."

As if to respond to the analysts' calls, Uchida told reporters Monday that Nissan will review its targets of global sales of 6 million units and sales of 14.5 trillion yen ($132 billion) in the six-year period to fiscal 2022 as part of the medium-term business plan set by Ghosn.

New Chief Operating Officer Ashwani Gupta also said the carmaker plans to introduce new models in fiscal 2020 or later. But he did not provide details.