Defense Secretary Mark Esper said Friday that the United States is prepared to fight against North Korea if necessary, but expressed hope that bilateral talks to address Pyongyang's nuclear program will restart.

"We are in a high state of readiness, prepared for to fight and win tonight if need be and I'm confident in that," Esper told a press conference, adding, "I remain hopeful that we could again get the (denuclearization) process started again and remain on the diplomatic path."

His remarks came as top U.S. envoy for North Korea Stephen Biegun ended a weeklong trip that took him to South Korea, Japan and China. While there was speculation that, with denuclearization talks stalled, Biegun might visit Pyongyang from Beijing, there was no confirmation Friday that such a trip had taken place. 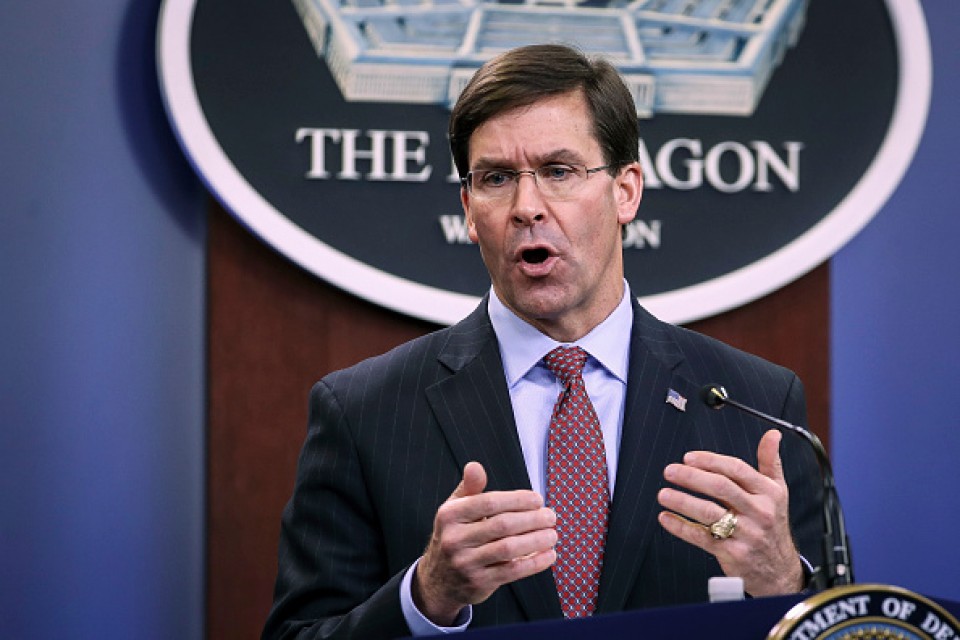 The U.S. military's top officer, Gen. Mark Milley, emphasized at the press conference with Esper that trilateral cooperation between the United States, Japan and South Korea in defending their countries against North Korea is "rock solid."

Relations between Japan and South Korea, two allies of the United States, have been overshadowed by disputes over trade and history issues. But they have recently agreed to maintain a bilateral military intelligence-sharing pact that Seoul had earlier decided to terminate.

North Korea has ramped up tensions ahead of a year-end deadline it set for progress in the denuclearization talks, warning that it will restart nuclear and intercontinental ballistic missile tests if there is no breakthrough.

Later this month, North Korea is scheduled to discuss and decide on "crucial issues" at a key ruling party meeting in line with "the changed situation at home and abroad," as it has apparently developed a liquid-fuel engine for a long-range ballistic missile.

No visit seen by U.S. envoy for North Korea to Pyongyang from Beijing