Kumamon, the cuddly Japanese black bear-like character whose fame has spread overseas, has missed out on becoming a runner for the 2020 Olympic torch relay, officials familiar with the matter said Saturday.

The Kumamoto prefectural government had sounded out the organizing committee of the Tokyo Olympics on whether its chubby mascot could participate in the relay, but the idea was rejected partly because the character "is not a human being," the officials said. 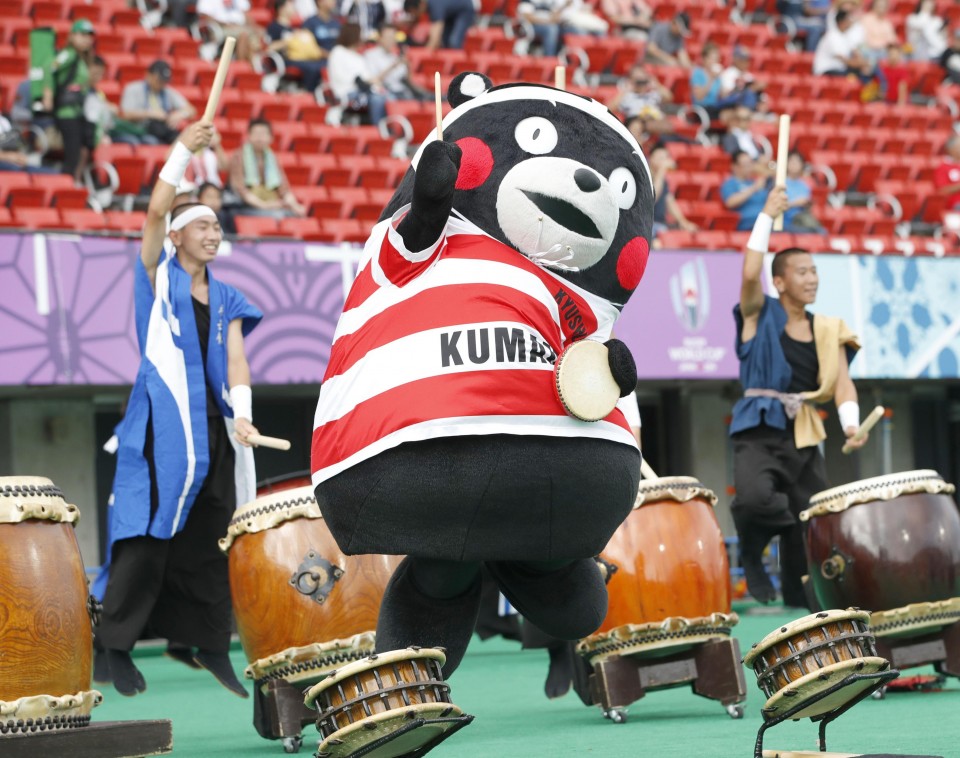 (Kumamon performs ahead of a Rugby World Cup match between France and Tonga on Oct. 6, 2019 in Kumamoto city.)

To be eligible as a torch runner, a person must be born before April 1, 2008. According to the local government, Kumamon, originally created to promote the March 2011 opening of the Kyushu Shinkansen bullet train service, is neither a person nor a bear and his age is a secret. As to its gender, it says the mischievous character is a "boy."

An official at the organizing committee said that when it comes to the torch runners, "a special exception is not permitted."

For Kumamon, whose formal job title is sales manager for the prefecture, the local government is still hoping that he can play a role in promoting the Tokyo Olympics in a different way.

"We want him to get involved in the Olympics in a form other than a torchbearer," a Kumamoto official said.

The Japan segment of the relay will begin on March 26 in Fukushima Prefecture, one of the northeastern regions devastated in the 2011 earthquake and tsunami, and some 10,000 runners will carry the flame across the country in 121 days.