Former Emperor Akihito turned 86 on Monday, marking his first birthday since stepping down from the Chrysanthemum Throne in late April to become the first Japanese monarch to abdicate in around 200 years.

The former emperor continues to live in the Imperial Palace but has largely withdrawn from public life since his abdication on April 30, a day before his elder son Emperor Naruhito ascended the throne. 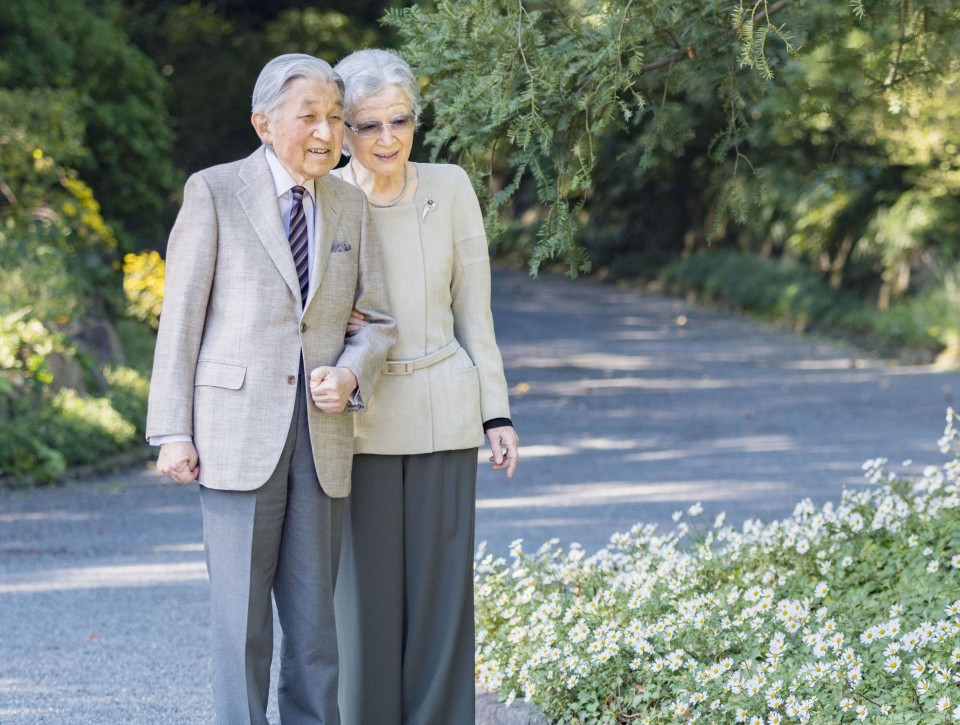 The former emperor's birthday is no longer designated as a national holiday, as it was during his 30-year reign.

Although he suffered a bout of cerebral anemia in July, he has regained his health and takes a walk around his residence in the early morning every day with former Empress Michiko, according to the Imperial Household Agency.

The imperial couple has been preparing to move to the Takanawa Imperial Residence in Tokyo's Minato Ward by late March.

The former emperor sometimes plays cello to piano accompaniment by the former empress. He also frequents a biology research institute inside the Imperial Palace to continue his study on the goby fish and plans to compile new academic papers, the agency said.

He has attended concerts and art exhibitions in his private time as well as the third-place match of the Rugby World Cup in November.

Last year, a record 82,850 well-wishers visited the Imperial Palace to celebrate his final birthday as emperor.

In 2016, Emperor Akihito indicated his desire to step down in a rare televised video message, citing concern he might not be able to fulfill his official duties due to his advanced age. Japan's parliament enacted one-off legislation the following year to enable him to do so.

His abdication ended the Heisei Era and brought in the new Reiwa Era, meaning "beautiful harmony." In modern Japan, a "gengo" era name is used for the entirety of an emperor's reign.

Former Emperor Akihito was the first monarch enthroned under Japan's postwar Constitution, which defines the emperor as a "symbol of the state" and does not give him any political power.

His enthronement on Jan. 8, 1989, came a day after the death of his father Emperor Hirohito, posthumously known as Emperor Showa, and marked the start of the Heisei Era, meaning "achieving peace."

The former emperor spent his years on the throne working to console the victims of disasters, including the March 2011 earthquake and tsunami in northeastern Japan and the subsequent Fukushima nuclear crisis, and commemorating those who perished in World War II.

Together with former Empress Michiko, he traveled to Saipan in 2005, visited Palau in 2015 and the Philippines the following year to pray for all the war dead, regardless of nationality.

The couple visited a total of 36 countries during the Heisei Era and he became the first Japanese emperor to travel to China.