Japanese Prime Minister Shinzo Abe said Monday that Chinese President Xi Jinping's planned visit to Japan as a state guest next spring is "extremely" important, while the two leaders clashed over politically sensitive issues such as the pro-democracy demonstrations in Hong Kong.

On Xi's planned visit to Japan, Abe told the Chinese president at the outset of their meeting in Beijing, "We want to build a relationship that is suitable for a new era for Japan and China." Xi told Abe, "I am willing to maintain close communication" to raise "Sino-Japanese ties to a new level."

They also reaffirmed their cooperation in achieving North Korea's complete denuclearization, the source said, with a year-end deadline set by Pyongyang for progress in denuclearization negotiations with the United States looming.

China is North Korea's closest and most influential ally. 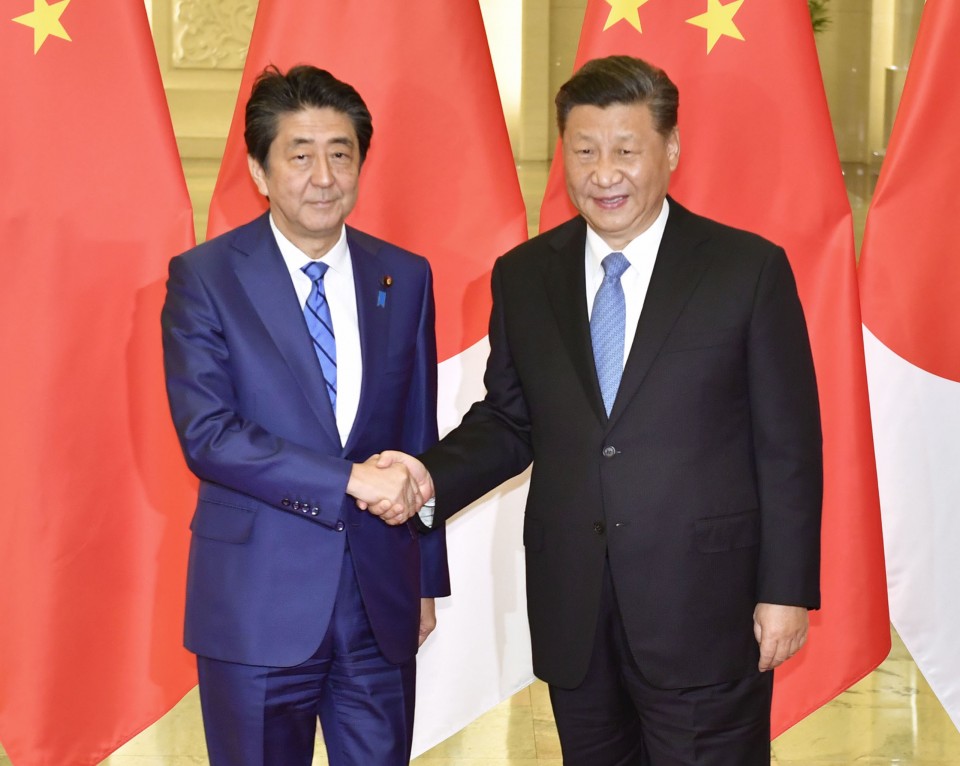 But Abe and Xi were at odds over issues that are of concern to Tokyo, including human rights issues in China and Hong Kong as well as Beijing's assertiveness near the Japanese-controlled Senkaku Islands in the East China Sea as well as in the South China Sea.

Abe conveyed his anxiety to Xi about the situations in Hong Kong and in the far-western Xinjiang region, while calling on China to return detained Japanese nationals "as soon as possible," the Japanese source told reporters.

More than 10 Japanese citizens have been detained in China on charges such as espionage in recent years. With details of the detentions withheld from the public, some Japanese expatriates in the country have been left worried.

But Xi told Abe that Hong Kong and Xinjiang -- where Beijing has been criticized by the international community for allegedly infringing on the human rights of Uyghurs and other Muslim minorities -- are "China's internal affairs," the source said.

While Abe stressed the significance of inviting Xi to Japan as a state guest to improve the bilateral relations, some lawmakers from his Liberal Democratic Party have questioned the plan to invite the Chinese leader as a state guest without such outstanding issues being addressed.

During the meeting, the two leaders also agreed to explore deeper economic cooperation and increased people-to-people and cultural exchanges, according to the Japanese government source.

The meeting between Abe and Xi, the first since June on the sidelines of the Group of 20 Osaka summit, was designed to lay the groundwork for Xi's state visit amid a recent thaw in bilateral ties, as Beijing's trade war with Washington has dragged on.

After years of frayed relations over wartime history and territory, Abe visited China in October last year for the first official visit by a Japanese leader in seven years.

After their latest talks, Abe had dinner with Xi before leaving for Chengdu, southwestern China, to attend a trilateral gathering including the South Korean president on Tuesday.

The leaders are expected to discuss ways to resolve issues related to the Korean Peninsula. Abe will likely raise the unresolved matter of Japanese nationals abducted by Pyongyang in the 1970s and 1980s, according to Japanese officials.

As its nuclear talks with the United States have stalled, North Korea has threatened to take an unspecified "new path" if Washington does not shift to a more accommodating stance by the end of this year.

The leaders of the three countries also hope to deepen economic cooperation and promote free trade between them and in Asia under the 16-member Regional Comprehensive Economic Partnership that has been negotiated.

On the fringes of the three-way summit, Abe plans to meet with Moon following nearly 15 months without formal talks due to worsening ties triggered by the issue of compensation for wartime labor.

"The Japan-South Korea relationship remains in a severe state but it's important for Japan and South Korea, along with the United States, to work together under the current regional security environment," Abe told reporters at the prime minister's office before leaving for China.

"As I plan to meet with President Moon, I will convey Japan's stance on the issue of former workers from the Korean Peninsula among others," he said.

Abe plans to return to Japan on Wednesday after a one-on-one meeting with China's Li. 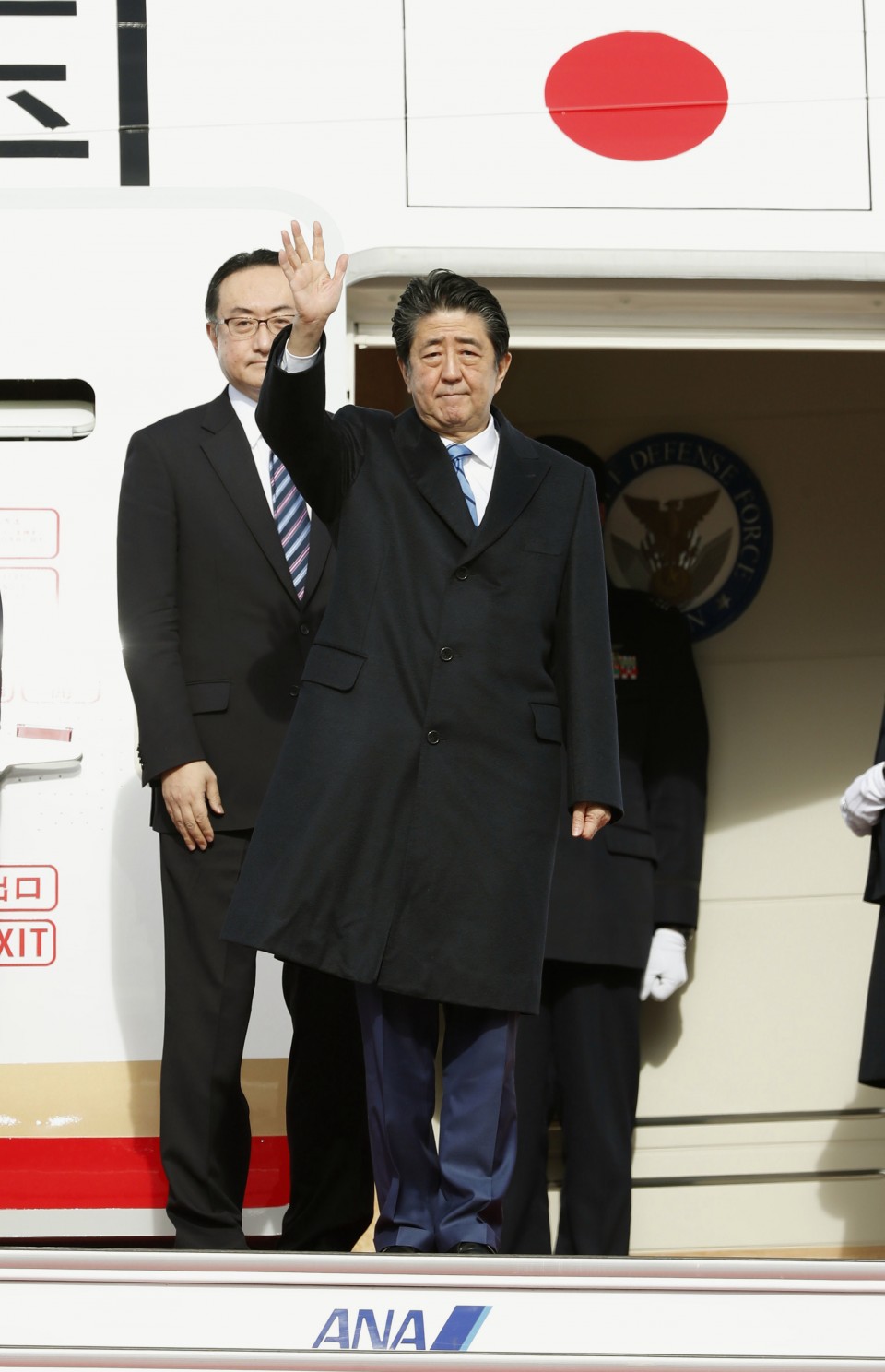