For Raymond Moriyama, an award-winning Canadian architect of Japanese descent, the lessons of culture and community he takes from his ancestry formed the foundation of his aesthetics and architectural designs.

He often sought inspiration and solutions from childhood memories, including his days spent at an internment camp during World War II, when he faced challenges with his projects in adulthood.

Moriyama, 90, is known for applying his humanistic vision to his numerous landmark projects, such as the Canadian Embassy in Tokyo, the Ontario Science Center, the Canadian War Museum, and the National Museum of Saudi Arabia, to name a few.

He has received some of the highest professional honors in his field, such as the Confederation of Canada Medal, the Royal Architectural Institute of Canada's Gold Medal, honorary degrees from Canadian universities and the Order of Canada, among other prizes, according to the embassy. 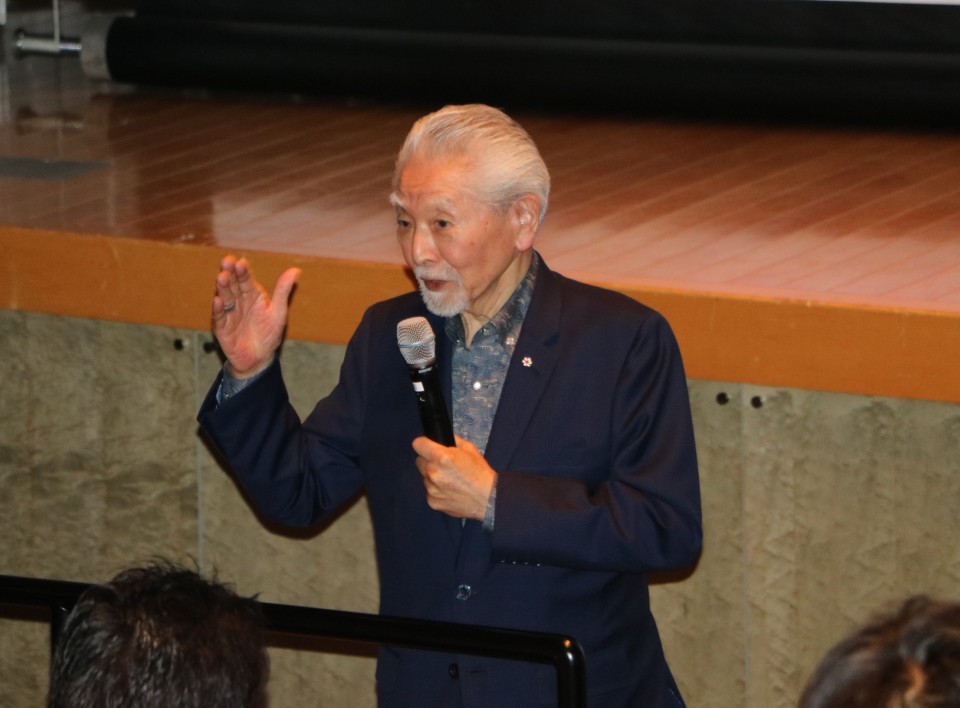 "(My grandfather) taught me about aesthetics by using the moon. I think it was a wonderful thing about the moon and Japanese culture," Moriyama said in a recent lecture at the Canadian Embassy in Tokyo, the building he designed about 30 years ago to represent the North American country's vastness and diversity.

Moriyama temporarily lived with his grandfather in Tokyo's Yotsuya district to treat severe burns he suffered when he was 5 years old.

The experience had a significant impact on the future architect, as his grandfather, a mining executive who wrote haiku, attuned him to nature, in particular, the Japanese aesthetic of impermanence like the waxing and waning of the moon.

Born in 1929 in Vancouver, Moriyama was sent to internment camps in Slocan, British Columbia, with his mother and siblings, just like many other Japanese Canadians, after Canada declared war against Japan. His father was sent to other camps in Ontario.

About 22,000 people of Japanese descent in Canada were sent to internment camps during World War II after Japan launched a surprise attack on Pearl Harbor on Dec. 7, 1941.

An accident when he was a little boy left his back severely burned. The scars that remained affected him both physically and psychologically, as he was ridiculed by his peers in the internment camp.

Away from peers, he bathed in a river instead of facilities in the camp, and he built a treehouse, which he called his first architectural project where he could be alone and think, he said.

Moriyama pursued his childhood dream and became an architect, establishing his firm in 1958. He was later joined by Ted Teshima in 1970 to form Moriyama & Teshima Architects, according to the firm.

Among his numerous projects, Moriyama recalled the Canadian Embassy redevelopment project as one of his "happiest and most challenging."

He was appointed as the design architect for the project in which a single team provided design and construction services.

Moriyama pointed to some challenges with the project, such as the language barrier, different time zones, culture, climate, as well as conditions such as earthquakes, but one of the most daunting tasks was making sure the surrounding environment would not be disturbed. 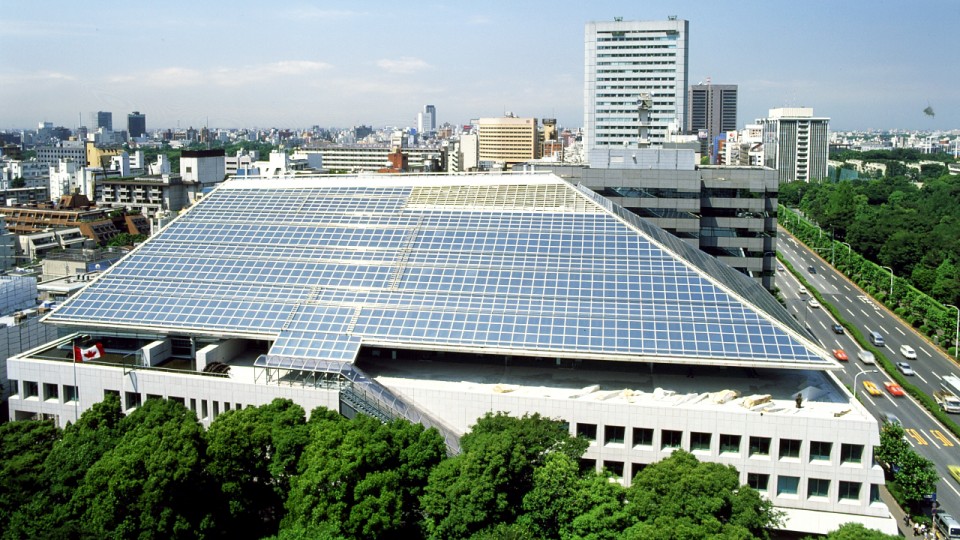 "We were told not to change the insect count in the park," Moriyama said. "I assured the municipalities that... (I) don't want the ecology in the park to change so that we don't lose any birds and so on," he said. "I built (a) box so it was understood that we have to build the embassy inside this box," Moriyama added.

His team came up with some 45 designs to work around the issues, but realized they had to rethink the whole project because the design itself was not simply going to solve the problems.

Moriyama drew from his childhood memory of the treehouse, which he built at the age of 13.

"That treehouse was a place of solitude, a place of thinking," he said. "It was my university, and I thought maybe we could make that treehouse" as an embassy.

All of the ideas he had learned from ikebana and other Japanese sensibilities involving people, heaven and earth came to mind.

Symbolically, it allowed Moriyama's concept of utilizing three main elements in the aesthetic of "ikebana" flower arrangement -- Ten (heaven), Jin (people), and Chi (earth) -- to be represented in the building design. The chancery represents heaven, the fourth level with meeting spaces people, and the floors on the lower levels are considered earth.

The eight-story building is horizontally split in half for symbolic and functional purposes, with a dual feature as a diplomatic mission and leasable office space in the lower levels.

The team also researched earthquakes and security, simulating the 1923 catastrophic earthquake in Tokyo and major earthquakes seen around the world, concluding the design would be safe for such disasters, Moriyama said.

The extraordinary shape of the glass-enclosed roof is a design in response to Tokyo's sunshade regulations that mandate the building avoid casting a shadow on the Imperial grounds across the street and the Takahashi Memorial Park beyond certain hour restrictions and only to a depth of several meters, according to the website of the architectural firm.

One of the signature traits of the project has been its use of the build-operate-transfer model, in which a company or consortium of companies operates part of the building for a certain period to recoup investments, then transfers control to the Canadian government. 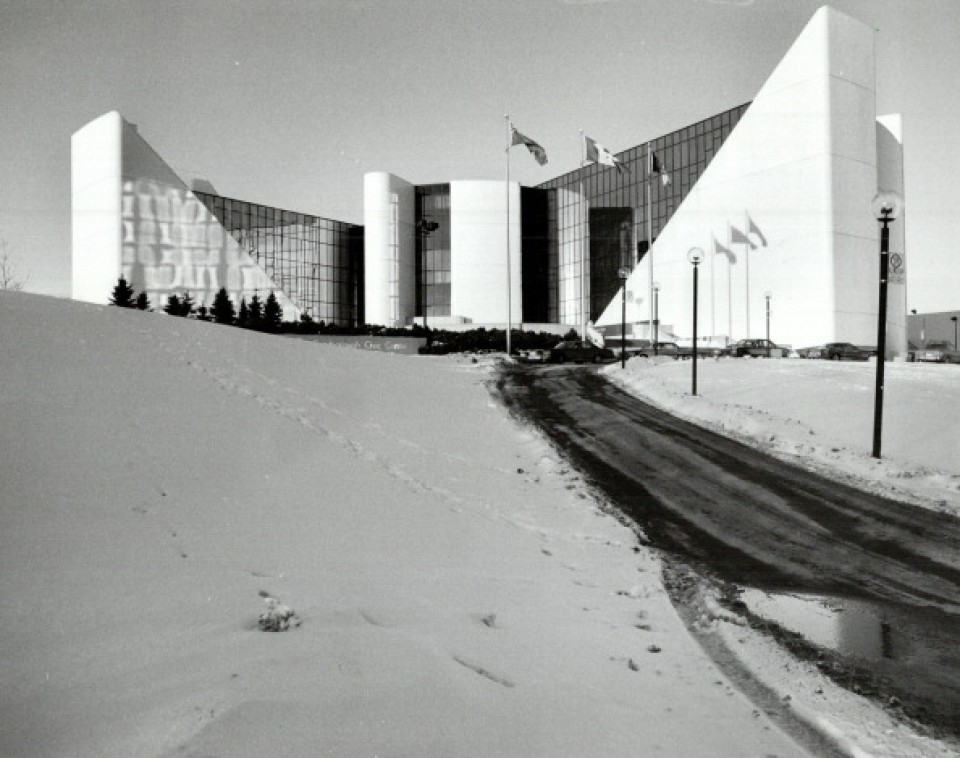 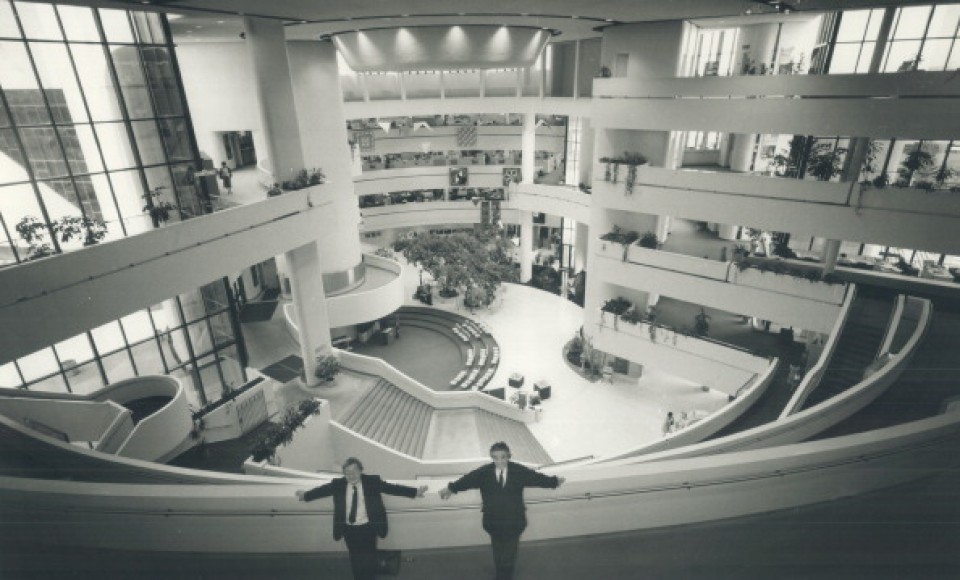 "The Canadians mandated in 1986 to create one of Canada's best embassies at zero cost to Canadian taxpayers," Moriyama said, adding that the method of recovering the building costs was a major concern.

Under the plan, Shimizu Corp. and now Mitsubishi UFJ Trust and Banking Corp. are subleasing a portion of the building, with the Canadian government planning to take possession of the rented out portion in 2021.

The embassy building opened in 1991, now serving as a meeting place of the people of Japan and Canada, has received Shimizu Corp.'s presidential award, among other recognitions.

"The level of satisfaction by the clients, the social value of the building, and its value as an architectural work drew high praise," a Shimizu official said.

When Moriyama visited the embassy in the fall, marking the 90th anniversary of the opening of Canada-Japan relations, he said, "I hope it lasts forever," adding that he is hopeful that people in Japan will become more aware of the world situation, including what happened to Japanese Canadians during the war.

"A country that really understands the world situation would understand all the disastrous sort of conditions the Japanese Canadians had," Moriyama said, referring to their internment.