Mana Iwabuchi led the way with a hat trick as Japan beat China 3-0 in the EAFF E-1 Women's Football Championship final round on Saturday.

Coming off a 9-0 demolition of Taiwan, world No. 10 Japan had prepared for a sterner test against the 15th-ranked Chinese. But Asako Takukura's side were in control throughout the match at Busan Gudeok Stadium as Iwabuchi netted twice before halftime.

The veteran striker opened the scoring in the ninth minute after defender Asato Miyagawa found her inside the area with a one-touch pass following a short ball from playmaker Yui Hasegawa.

Japan's second goal came in the 44th minute after Hasegawa threaded a ball into the box for Iwabuchi, who chipped into the net past Chinese keeper Peng Shimeng. 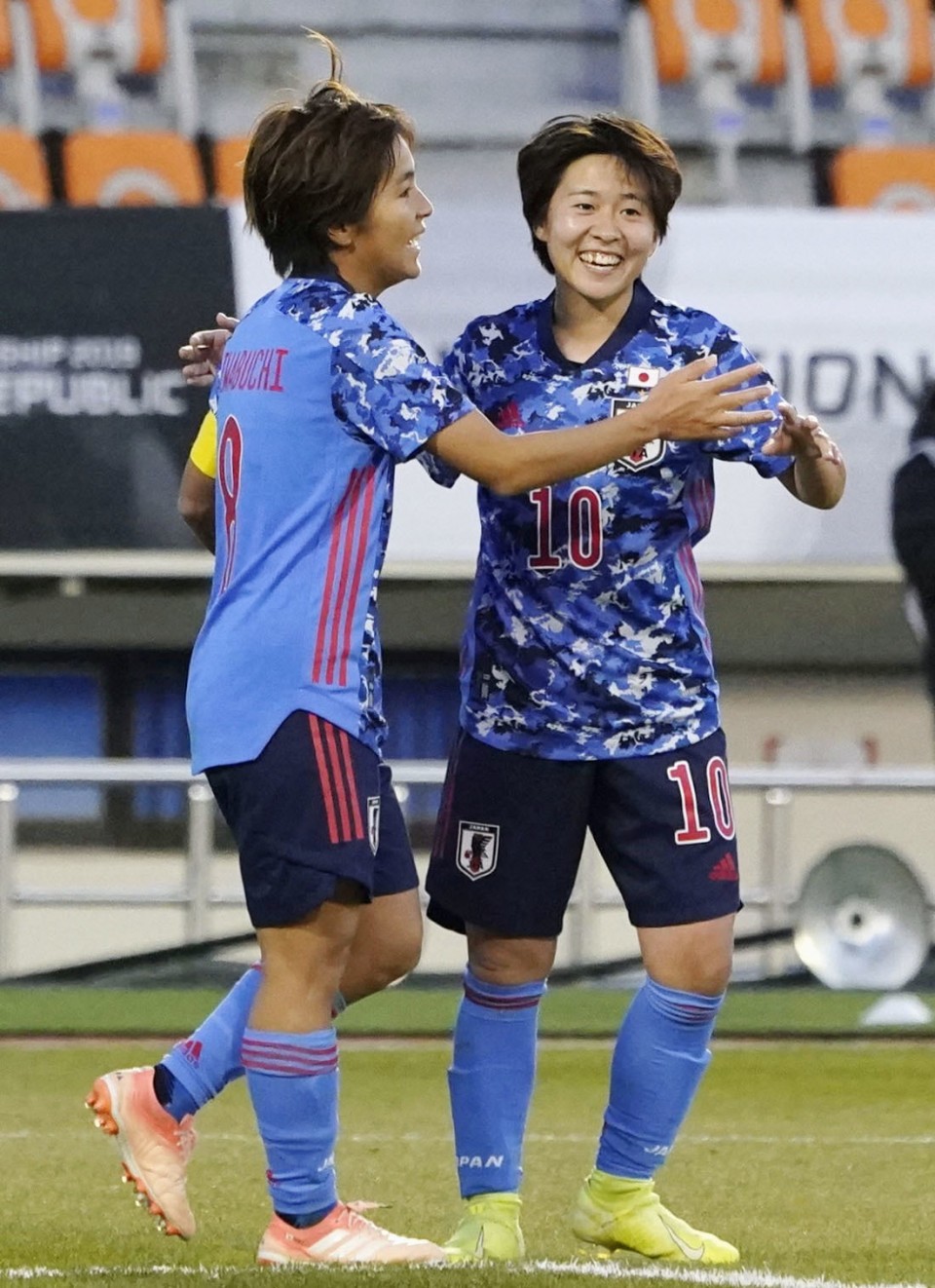 The INAC Kobe Leonessa forward brought up her hat trick with a poacher's goal in the 55th minute, tapping in after Peng deflected a long-range shot from substitute Rikako Kobayashi.

Iwabuchi, 26, said Nadeshiko were determined to finish the East Asian Football Federation tournament with a victory over hosts South Korea in their last round-robin match on Tuesday.

"Of course we want to win the championship, but to do that we need to win one more match, so everyone will be working hard toward that goal," said Iwabuchi, who scored a pair of goals against Taiwan.

Takakura praised her striker for her performance but said Japan still needed to cut down on mistakes.

"(She) took her chances in front of the goal calmly, and that put us in control of the game," Takakura said.

"There were many small mistakes (but) I want us to take a positive feeling from the win."

Nadeshiko are aiming for their third EAFF title in the absence of three-time winners and reigning champions North Korea, who withdrew from this year's tournament amid tensions with the South.