But the grapes, used in expensive wine in Hokkaido, could see reduced acidity if climate change progresses further and the amount of rainfall increases. 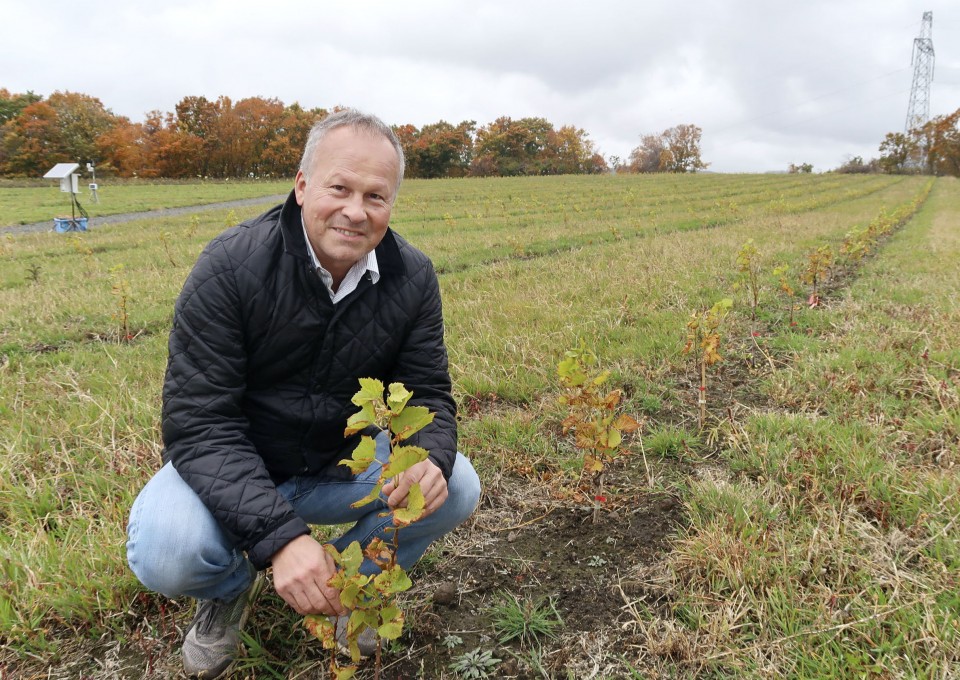 The climate phenomenon in northern Japan caught the eye of Etienne de Montille, president of the distinguished Domaine de Montille winery, which was established in 1730 in the Bourgogne wine region in eastern France.

De Montille first planted vine saplings at his vineyard in the southern Hokkaido city of Hakodate in May 2019 and he expects to harvest the Pinot Noir and Chardonnay grapes in around 2023.

He said he ventured into Japan seeking a cooler climate as global warming has caused the Bourgogne region's grapes to ripen earlier, hastening their picking season.

Hakodate fit the bill, with little snow and good soil. De Montille has so far bought around 30 hectares and also plans to build a distillery.

"Using the expertise that we have accumulated in France, I want the world to know how attractive Hokkaido-made wine is," he said.

Pinot Noir grapes grow best in areas where the average temperature from April to October is between 14 C and 16 C, according to Tomoyoshi Hirota, 54, an agrometeorology expert at the Hokkaido research center of the National Agriculture and Food Research Organization.

Viniculture in Hokkaido had long been limited to growing grape varieties such as Zweigelt and Kerner that are suitable for cool conditions, the organization said.

But as average temperatures in April to October started to top 14 C stably from the late 1990s, the total size of land devoted to Pinot Noir cultivation in Hokkaido quintupled from 2006 to around 28 hectares in 2016, according to the agriculture ministry.

Domaine Takahiko, a winery in the town of Yoichi in western Hokkaido, has only grown Pinot Noir since its founding a decade ago.

Takahiko Soga, 47, says his wines are becoming so popular that he has been forced to decline shipments to some liquor stores recently as he prioritizes selling to local restaurants and stores with whom he has had long relationships. 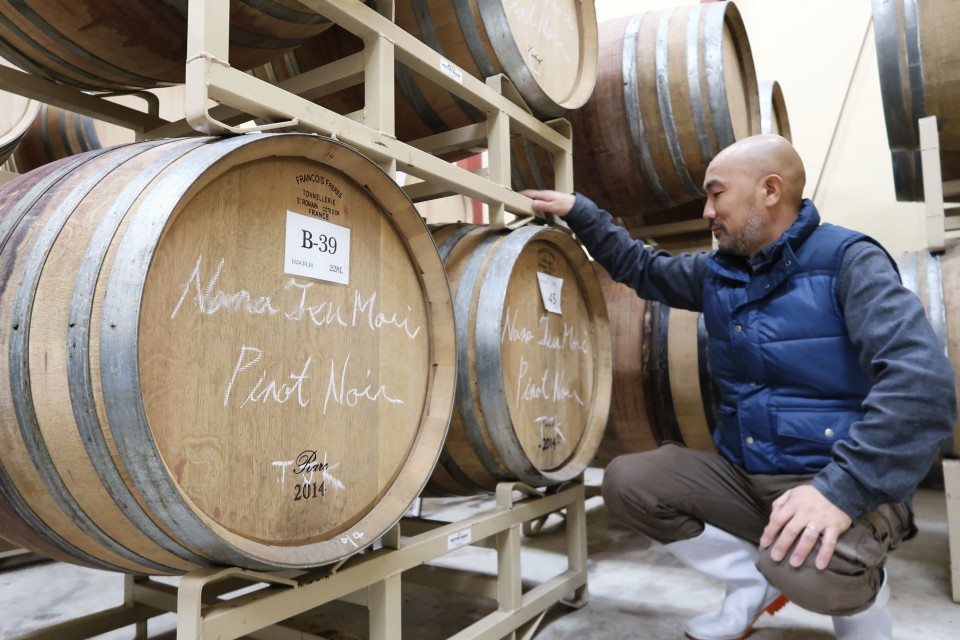 "The rise in temperature made grapes fully ripe and increased their sugar content," Soga said. "On the other hand, their acidity tends to decrease but wines turn out to be high quality as a whole."

According to Hokkaido government data, there were 41 wineries in the region as of Dec. 1 2019, nearly triple the number in fiscal 2009.

Hokkaido-made wines have started to receive high evaluations internationally, with a red wine produced by Hokkaido Wine Co., based in Otaru, winning gold in the best Japanese wine category at a top-level international competition in Asia in November 2019.

All that is good news for lovers of Japanese wine, but the rise in spring-to-fall temperatures also poses a risk to viniculture in Hokkaido.

"As climate change advances, and rainfall and typhoons increase, such risks emerge as the grapes would burst easily and become vulnerable to diseases," said Toshihiko Sugiura, 56, a leader in the Institute of Fruit Tree and Tea Science at NARO.

"We should take countermeasures like selective breeding and combining new cultivation techniques," he said. 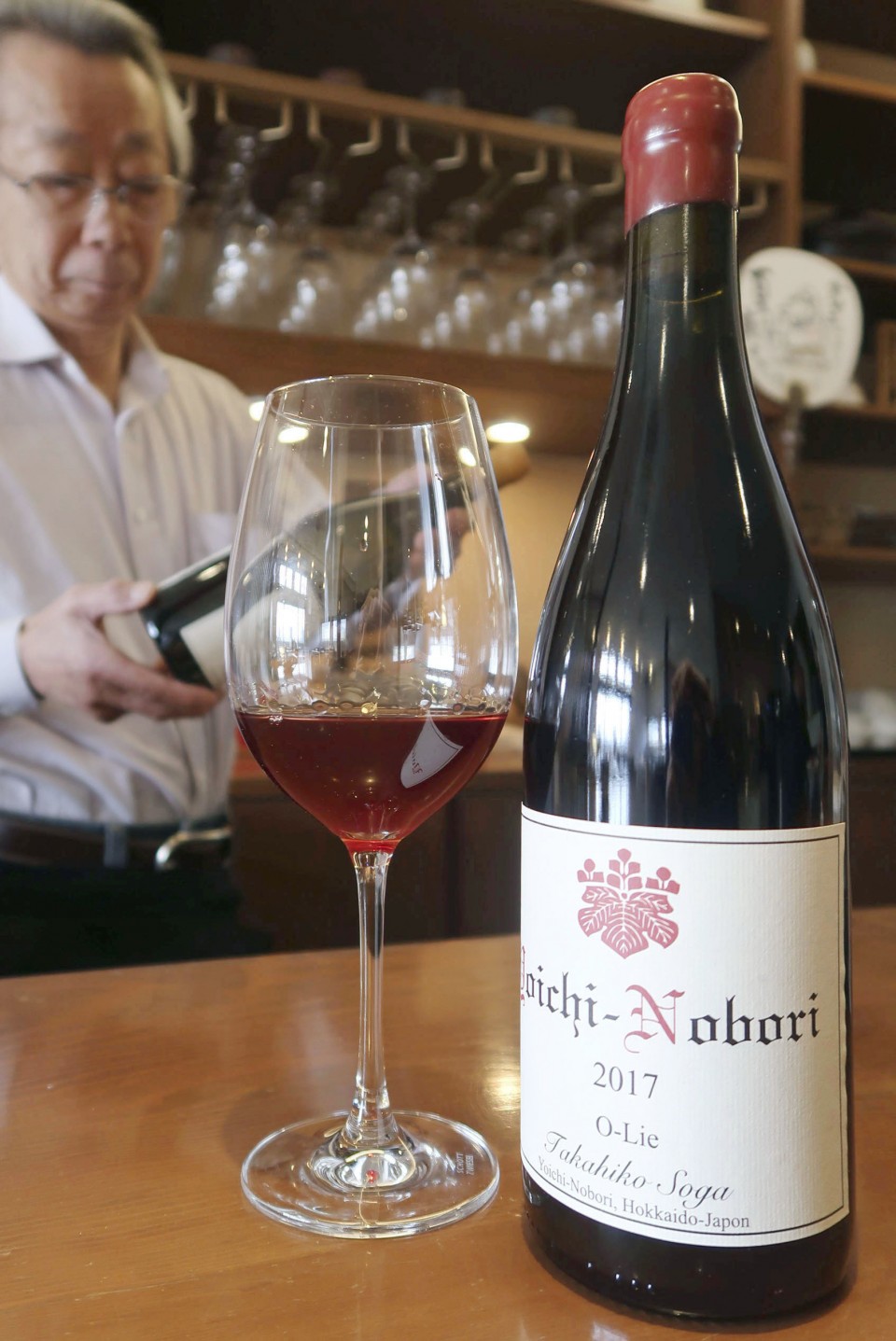