While many children in Bangkok enjoy access to good schools and high-tech gadgets, many disadvantaged children in rural Thailand remain in dire need of support for better life and education.

On a typical morning, a girl in the capital hurries to get on a commuter train to go to her school. Besides carrying a school bag and a stylish name-brand fabric bag on her shoulder, she holds a mobile phone and kills time on a social media app during the ride.

In stark contrast, at about the same time, in Nakhon Ratchasima -- a province located about 260 kilometers northeast of Bangkok -- Preeyabhorn, a secondary school student, is already up for a few hours and washing chicken innards before heading to school, a job she has held to feed her family. 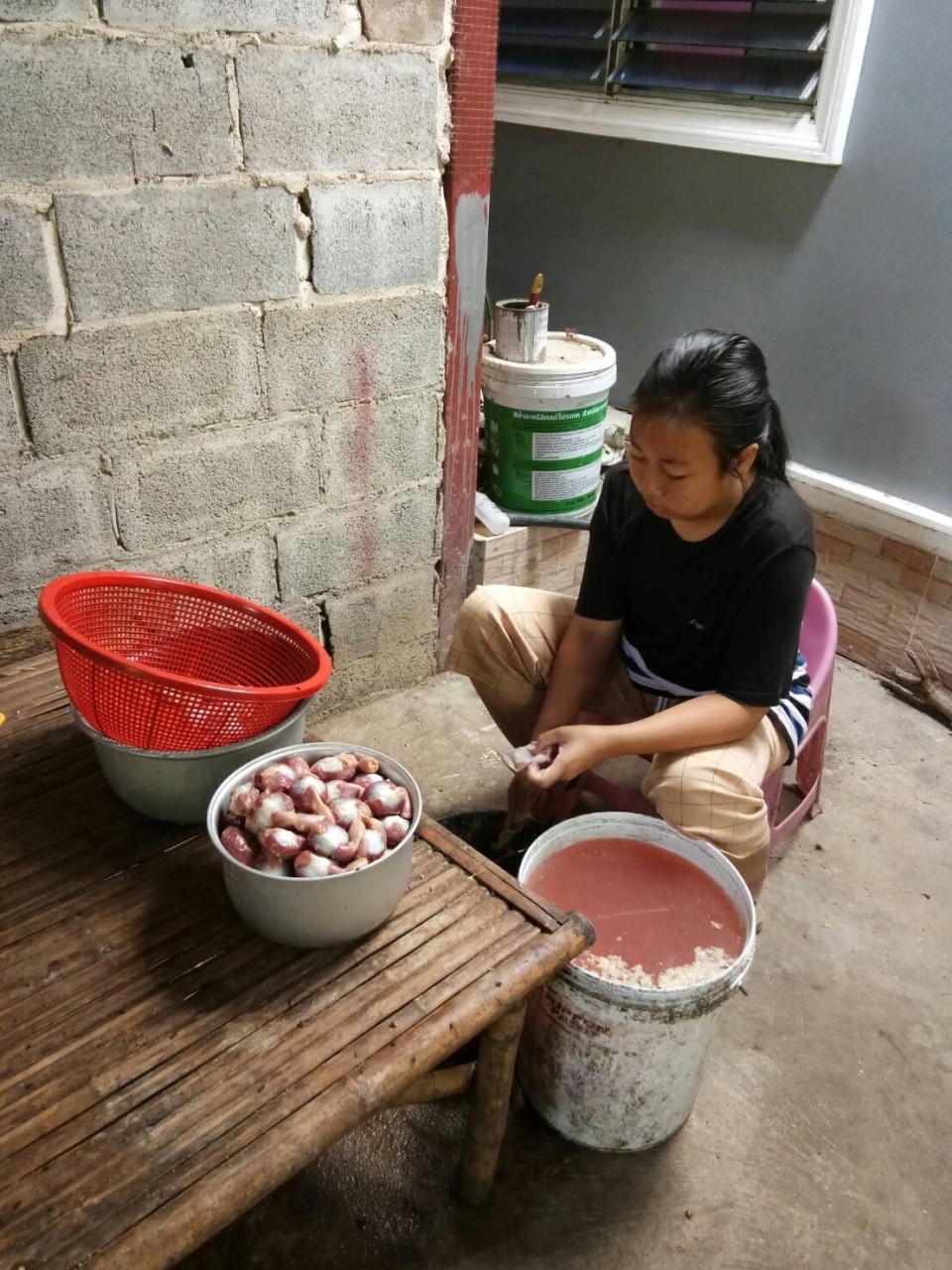 The 12-year-old girl lives with her grandmother and her 6-year-old sister after the sisters' mother died of an illness years ago. Their father left them when the little one was much younger.

Preeyabhorn is also a top student in her class, winning the bronze medal in a math competition in the province. She plays an instrument in a school marching band.

As luck would have it, Preeyabhorn was granted a scholarship from the Education for Development Foundation, a Bangkok-based charity. She still needs to work every morning, but the money has enabled her to remain in school and follow her dreams.

"I am so thankful to all the supporters of and donors to the foundation. I love to study and I will try to study as much as possible to give my family a better life," Preeyabhorn said, clasping the medal from the competition. 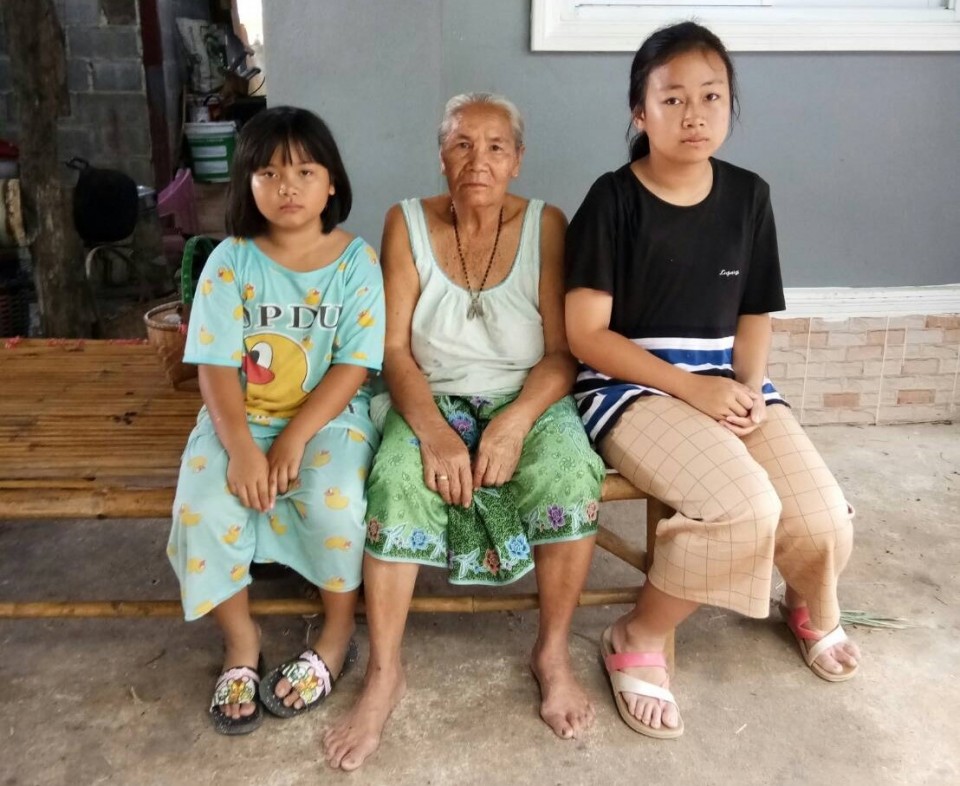 ((From R) Preeyabhorn, her grandmother and her sister)

Established in 1987, the foundation has helped disadvantaged children in Thailand and elsewhere with educational opportunities. It has provided scholarships worth over 630 million baht ($20.8 million) to more than 373,000 underprivileged students in more than 5,500 rural schools throughout the country.

The foundation relies on financial support and donations from many companies and organizations as well as individuals in Thailand and other countries. Business people in Thailand, including Japanese expatriates, are among the foundation's key supporters.

"The situation for kids in Thailand is not so good, especially in rural areas. Many poor children still need help from foundations like this," Reiji Ueda, a fundraising adviser to the foundation, said.

Ueda, 73, who used to work for a company in Bangkok, has been helping the foundation since his retirement.

Ueda decided to do more for the foundation after donating 1,000 baht and later receiving a thank-you note from a child whose education had been paid for with his donation.

It dawned on him then that as a Japanese who works and lives in Thailand, and as someone who calls the country his second home, he could do something more about poverty and disadvantaged children in Thailand who need support.

"I want to see children here have a better life and education," Ueda said.

Sirawit, 12, is a sixth grader in Nong Bua Lam Phu -- a small province in northeastern Thailand -- and his family lives in a roofed shack built on a neighbor's land. 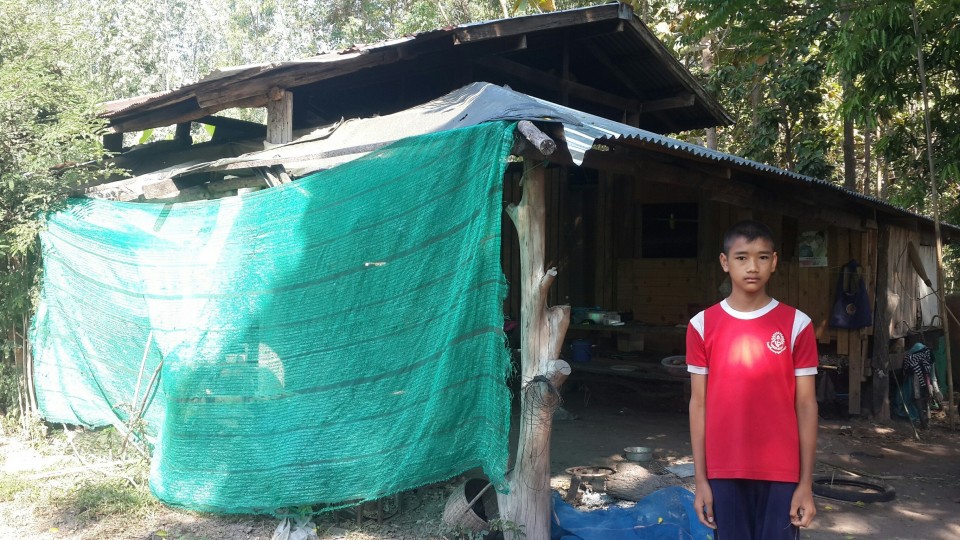 The boy's parents go to work in the city. He had to skip school a few days a week to take care of his 70-year-old grandfather, who has Alzheimer's disease, and help feed his family.

Even on days he went to school, Sirawit hurried back home on his old bicycle from the school 6 km away. His grandfather and a wage-paying job were waiting for him.

"I worry about my grandpa. Also, I need to clear grass or harvest rice because that's a job I can do to earn some money and help my family," Sirawit said. 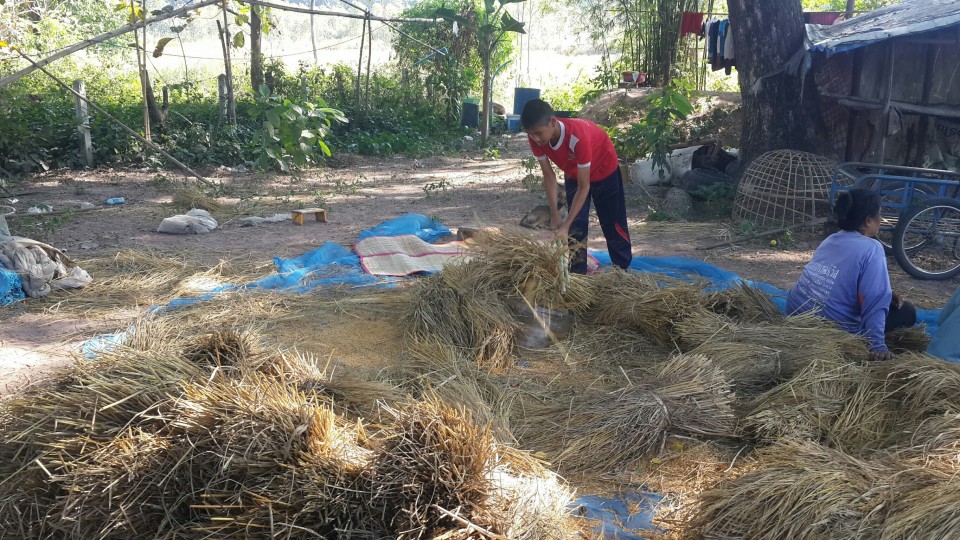 After learning of Sirawit's hardship, a teacher decided to nominate him for a scholarship from the EDF. With the support from the foundation, Sirawit no longer needs to skip school. He can focus more on his studies.

"I want to be a policeman to protect good people and the country," the boy says.

A 2017 survey by Thailand's Public Health Ministry shows that of the about 14 million children in the country, 5 million are considered disadvantaged. Eighty percent of those live in poverty and lack the access to good education.