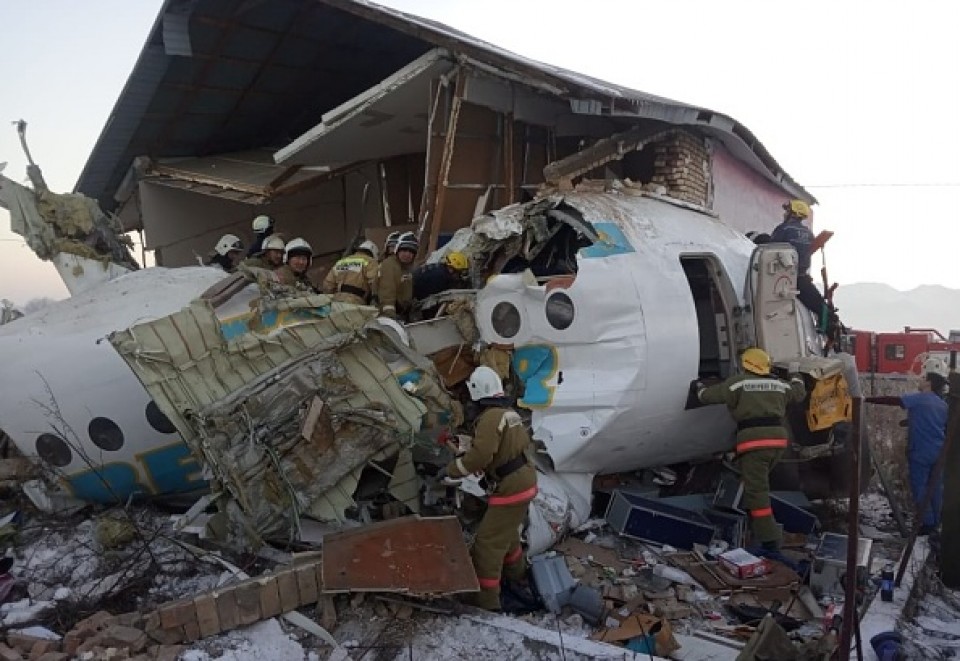 (Wreckage of the Bek Air passenger plane after it crashed in Almaty, Kazakhstan)[Committee for Emergency Situations of Kazakhstan/Anadolu/Getty/Kyodo]

The death toll from a passenger airplane crash in Kazakhstan on Friday has risen to 12, including the pilot, local media reports said.

The Bek Air plane was carrying 93 passengers and five crew members when it crashed in Almaty shortly after takeoff. The crash, which occurred in the morning, injured 49 people on board, including 18 who were seriously wounded.

Plane with 100 on board crashes near Kazakhstan's Almaty

According to the country's aviation authorities, the aircraft crashed into a two-story building under construction in a residential area. It was en route to the capital city of Nur-Sultan, which was formerly known as Astana.

The authorities have recovered the black box from the site and are investigating the cause of the accident.

[Committee for Emergency Situations of Kazakhstan/Anadolu/Getty/Kyodo]