In a meeting that lasted about 45 minutes, longer than initially planned, Abe and Moon still agreed that dialogue should continue to bridge the existing gaps, a fresh sign that strained bilateral relations are beginning to thaw.

The summit was closely watched for any hints as to whether the Asian neighbors can break the stalemate and create further momentum for repairing ties.

As close cooperation is increasingly required to deal with a provocative North Korea, the Japanese and South Korean leaders agreed on this front. 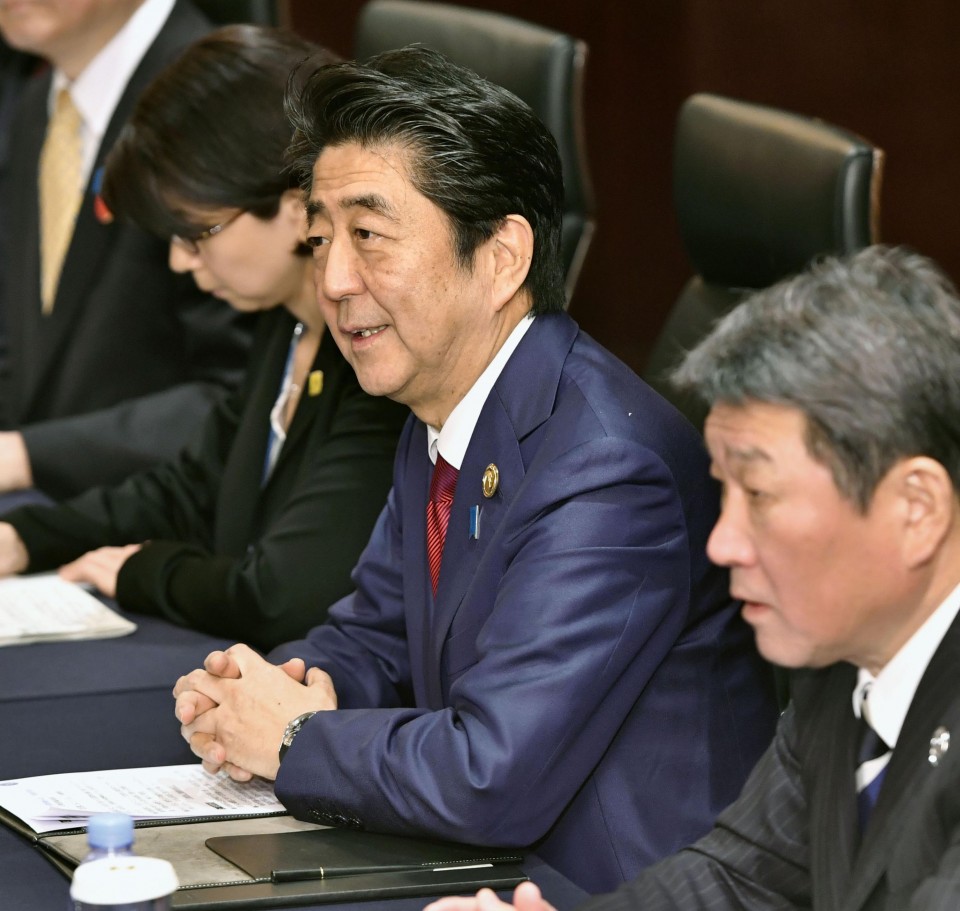 "It's extremely important for Japan and South Korea, together with the United States, to coordinate on North Korea and other security issues," Abe told Moon at the outset of the meeting.

"I wish to improve this important Japan-South Korea relationship and hope to exchange candid views with you," Abe said.

In response, Moon said "the best way" to resolve issues of mutual concern is through face-to-face talks, adding that the two nations may be experiencing a difficult time but they can never be separated.

Abe used the summit to urge Moon to swiftly address the issue of South Korean court orders for Japanese firms to pay compensation for forced wartime labor during the 1910-1945 colonization of the Korean Peninsula, a senior Japanese government official said.

The South Korean president said he sees the need to resolve it at an early date but no new proposals were made during the meeting, according to the official. The leaders did not talk about a recent move in South Korea's parliament that could help solve the yearlong bilateral dispute.

"It's the responsibility of South Korea to present a solution (to the issue)," Abe said at a press conference after the meeting with Moon. "I asked (Moon) to create an environment for Japan-South Korea ties to return to a healthy state." 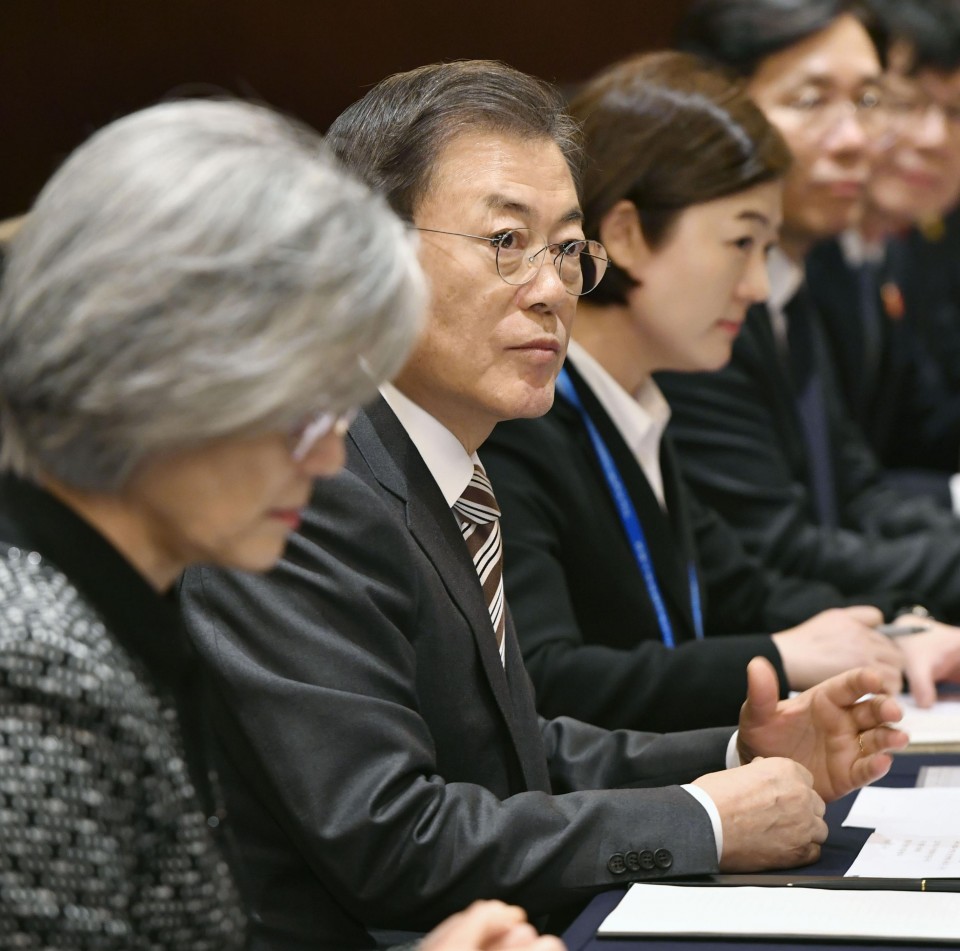 On another pending issue, Japan's tighter export controls against South Korea, Moon asked Abe to normalize them but the Japanese leader explained that they were implemented due to security concerns.

Abe and Moon were in Chengdu for a trilateral meeting with Chinese Premier Li Keqiang. The last time a Japan-South Korea summit was held was in September 2018, before the South Korean court rulings were handed down.

With neither side budging on the compensation issue, bilateral ties had sunk to their lowest point in years. But a string of developments at the parliamentary and ministerial levels had emerged in the lead up to Tuesday's summit.

Lawmakers in South Korea submitted a bill last week to solicit donations from South Korean and Japanese companies as well as the public to secure funds to be paid as compensation for wartime labor.

Japanese and South Korean trade officials held talks over Tokyo's imposition of tighter export controls that Seoul had viewed as retaliation in the dispute over wartime labor.

On Friday, Japan eased some of its export controls on three South Korea-bound materials for use in semiconductors and display panels.

Despite some warming in ties, both Japanese and South Korean government officials acknowledge that fundamental differences remain.

Tokyo maintains that the issue of compensation was settled under a 1965 bilateral agreement and it is Seoul that needs to take action because the compensation orders in South Korea are in contravention of the accord. Japan also sought to settle the dispute via an arbitration panel involving a third country but Seoul did not respond to the request.

The South Korean government, meanwhile, says its hands are tied because of the independence of the judiciary. Seoul proposed securing funds for compensation through the participation of companies from both nations, including those in the lawsuits, but this was rejected by Tokyo.

The bill, submitted to South Korea's parliament, seeks donations "on a voluntary basis," which is seen as aimed at addressing concerns in Japan that the Japanese companies will be forced to contribute.

The United States did not wade into the spat between Tokyo and Seoul until the U.S. allies came close to letting a military intelligence-sharing pact collapse in November.

The termination of the General Security of Military Information Agreement, seen as useful in countering the North Korean missile threat, was averted after Seoul revisited its decision.

In Tuesday's talks, Abe sought Moon's support for his drive to resolve the issue of Japanese nationals abducted by North Korea in the 1970s and 1980s, and the South Korean president backed Tokyo's efforts, the Japanese government official said.