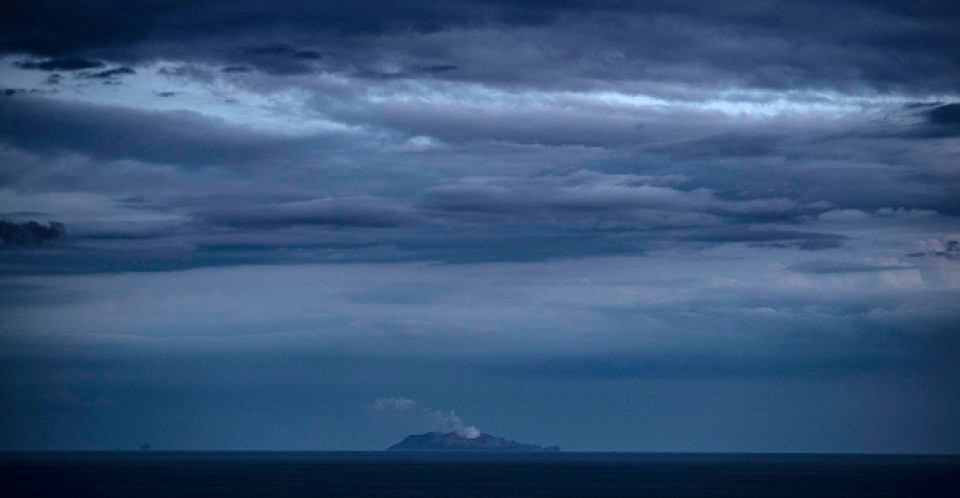 SYDNEY - New Zealand police said Tuesday that a sixth person has died of injuries after a volcano on a tiny island erupted without warning a day earlier, leaving eight others missing and presumed dead.

Of the 47 people on or near the volcanic White Island at the time of the eruption, officials said 30 are still being treated for injuries -- the majority of which are critical -- in hospitals across the country. Three were well enough to be discharged overnight.

Australian Prime Minister Scott Morrison said in the morning that it is likely as many as three of the dead are Australians. Australians accounted for roughly half of the group of mostly tourists who were caught up in the early afternoon eruption.

Also Tuesday, police said they will conduct an investigation into the deaths of individuals on White Island on behalf of the coroner. Although police previously said they would investigate the criminal responsibility for the deaths, they have since said in a statement that "it is too early" for such an investigation.

White Island, roughly 50 kilometers off the coast of North Island, is New Zealand's most active cone volcano and a popular tourist destination, with over 10,000 people visiting each year through daily tours of the site operated by White Island Tours.

But in the weeks preceding the deadly eruption, the privately owned, uninhabited island had shown increased volcanic activity.

In November, New Zealand's geological hazard monitoring program, GeoNet, raised the island's volcanic alert to level 2, which is associated with eruptions of steam, gas, mud and rocks that can occur with little or no warning.

Following the eruption, the alert level has been raised to 3.

Earlier Tuesday, New Zealand Prime Minister Jacinda Ardern also raised the issue of whether tourists should have been able to visit an active and unpredictable volcano.

"There will be bigger questions in relation to this event. These questions must be asked, and they must be answered," Ardern said in a speech to Parliament.

White Island, also known as Whakaari in the Maori language, erupted at 2:11 p.m. on Monday. Authorities understand that two explosions occurred one after another in quick succession.

After unstable seismic conditions prevented further rescue or recovery operations the previous day, police were still working with experts on Tuesday to determine whether the island is safe enough for police and rescue teams to recover those missing.

According to GeoNet, there is a fifty-fifty chance of a smaller or similar sized eruption occurring in the next 24 hours.

At a press conference earlier in the day, the prime minister said aerial reconnaissance flights over the island conducted overnight found no signs of life.

A webcam used to monitor seismic activity on the island had shown people walking near the crater just minutes before the eruption.

"For now, our duty is to return loved ones," Ardern said at the press conference. "To those who have lost or are missing family and friends, we share in your unfathomable grief in this moment in time."

Before the sixth death was announced, Chief Medical Officer Pete Watson told the media that of the 31 still in the hospital, 27 had burns on more than 30 percent of their body, and many had sustained inhalation burns that required airway support.

"We're really confident of the expertise we have, but it is possible not all of the patients will survive," Watson said.

Ardern, at the press conference, praised the efforts of first responders, including a number of helicopter pilots, who flew to the island to rescue survivors immediately after the volcano spewed a 3,600-meter-high column of ash into the air.

"(They) made an incredibly brave decision under extraordinarily dangerous circumstances in an attempt to get people out. As a result of their efforts, a number of people were rescued from the island," she said.

The prime minister said that in addition to New Zealanders, tourists from Australia, the United States, Britain, China, Germany and Malaysia are among those currently listed as missing or injured.

Morrison told a press conference that 11 Australians were either unaccounted for or among the dead, while 13 others had been hospitalized.

"I fear there is worse news to come over the course of today or the next few days. This is a terrible tragedy."

The majority of people in the vicinity of the volcano at the time of the eruption were passengers on a Royal Caribbean cruise ship that had departed Sydney earlier this month.

The Ovation of the Seas liner remains docked at Tauranga, roughly 90 km from White Island, and was due to set sail on Monday night, but has since delayed its departure. Police say the ship will likely remain in Tauranga for several more days.