Former Soviet leader Mikhail Gorbachev acknowledged the need to resolve a dispute with Japan over the sovereignty of a group of islands lying off Hokkaido in a 1988 meeting, diplomatic records declassified Wednesday showed.

Former Japanese Prime Minister Yasuhiro Nakasone elicited that response from Gorbachev when he was invited to the meeting in Moscow on July 22 that year, according to the records, which are labelled "top secret" and "urgent."

Calling the Soviet invasion of the islands soon after Japan's surrender in World War II "Stalin's mistake," Nakasone said the dispute should be settled based on a 1956 joint declaration that set a path for the countries to ink a formal peace treaty. 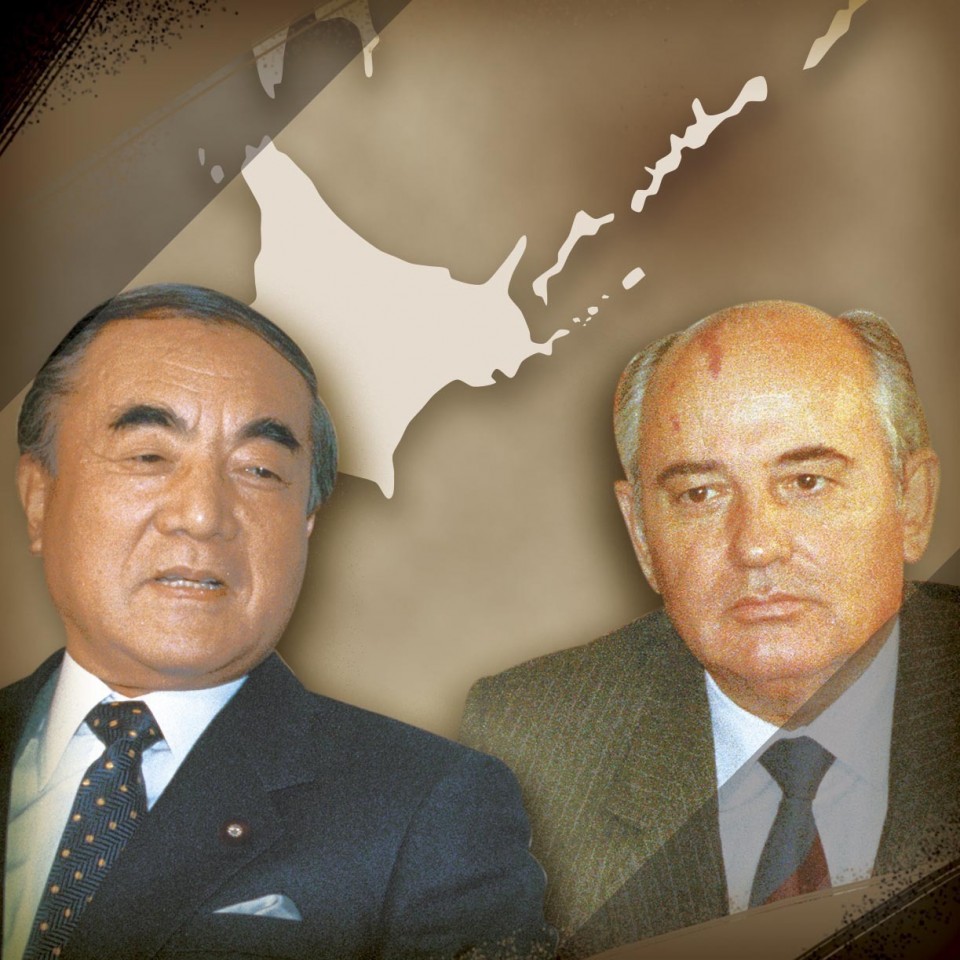 The declaration states that the Soviets would return two of the four islands that make up the Northern Territories, called the Southern Kurils by Moscow, after a peace treaty is signed.

"Our countries rebuilt ties based on an international agreement, so this should be the basis" for any further discussions, Nakasone said during the two-hour, 40-minute meeting at the Kremlin. He had stepped down to make way for Prime Minister Noboru Takeshita less than a year earlier.

Gorbachev, who at the time was the general secretary of the Communist Party and chairman of the Supreme Soviet, countered that Japan was the one that had been unwilling to accept the return of the two islands -- Shikotan and the Habomai islet group -- demanding instead that all four revert to its control.

He added the 1960 revision of the Japan-U.S. security alliance, which allowed for the continued stationing of American troops in Japan, had made it even more difficult to find common ground.

But the Soviet leader said, "We have to think of something, somehow" to resolve the territorial dispute, and said he would not rule out making a visit to Japan to tackle the issue.

The Soviets had until then said there was no territorial dispute at all, maintaining its acquisition of the islands was legitimate.

Kazuhiko Togo, who accompanied Nakasone as head of the Japanese Foreign Ministry's Soviet desk, said it became the starting point for future negotiations.

"Mr. Gorbachev didn't immediately dismiss the issue and the two were able to have a constructive discussion. It opened the window for more talks," said Togo, who is now a professor at Kyoto Sangyo University.

Nakasone, known as a staunch conservative and a friend of U.S. President Ronald Reagan, died in November this year at the age of 101.

Gorbachev eventually made the trip to Japan in April 1991, signing a joint statement with then Prime Minister Toshiki Kaifu acknowledging the need to settle the territorial issue.

But by then, the Berlin Wall had come down and the Soviet Union was already headed toward collapse, eliminating any chance of a resolution, said Nobuo Shimotomai, a professor emeritus of Soviet and Russian politics at Hosei University.

"If Mr. Nakasone had made his move just a little bit sooner, the territorial dispute might have been settled," Shimotomai said.

Today the issue remains a major stumbling block to signing a peace treaty with Russia more than 70 years after the end of the war.

Prime Minister Shinzo Abe and President Vladimir Putin agreed in November last year to step up negotiations based on the 1956 joint declaration, but Moscow has continued to voice concerns over the U.S. military presence in Japan.

Abe had aimed to convince Putin to return Shikotan and the Habomai islets in a June meeting in Osaka, but only managed to agree to go on pursuing plans for joint economic projects on the islands as a trust-building measure.