One of the busiest train lines in central Tokyo was partially shut down Saturday for ongoing work to build a new station, affecting an estimated 560,000 people.

East Japan Railway Co. suspended operation of roughly a third of the JR Yamanote Line, a 34.5-kilometer loop with a weekly ridership of over 28 million passengers, from the first train early Saturday through around 4 p.m.

The Yamanote Line had never ceased operation for construction work since the operator was privatized in 1987. 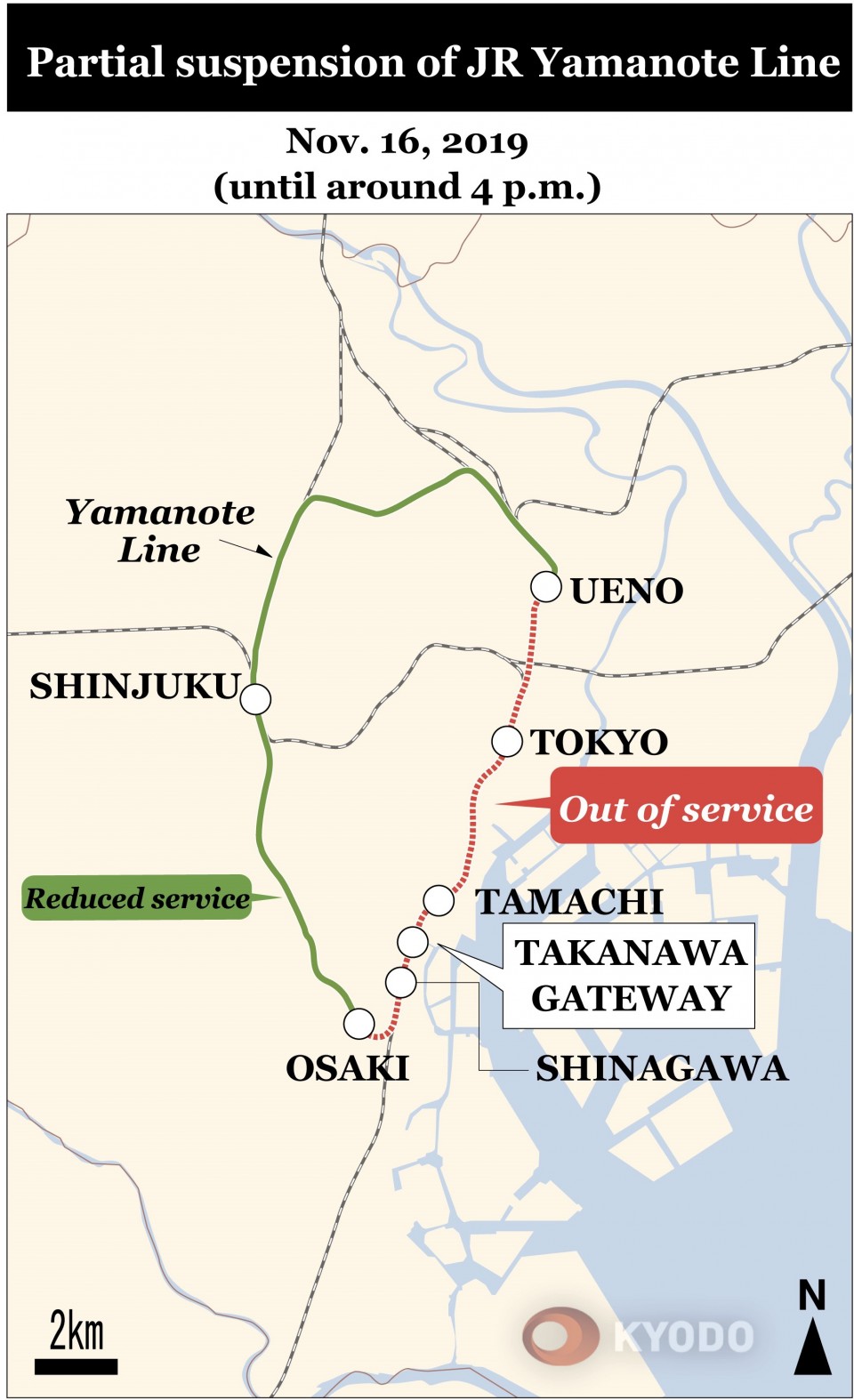 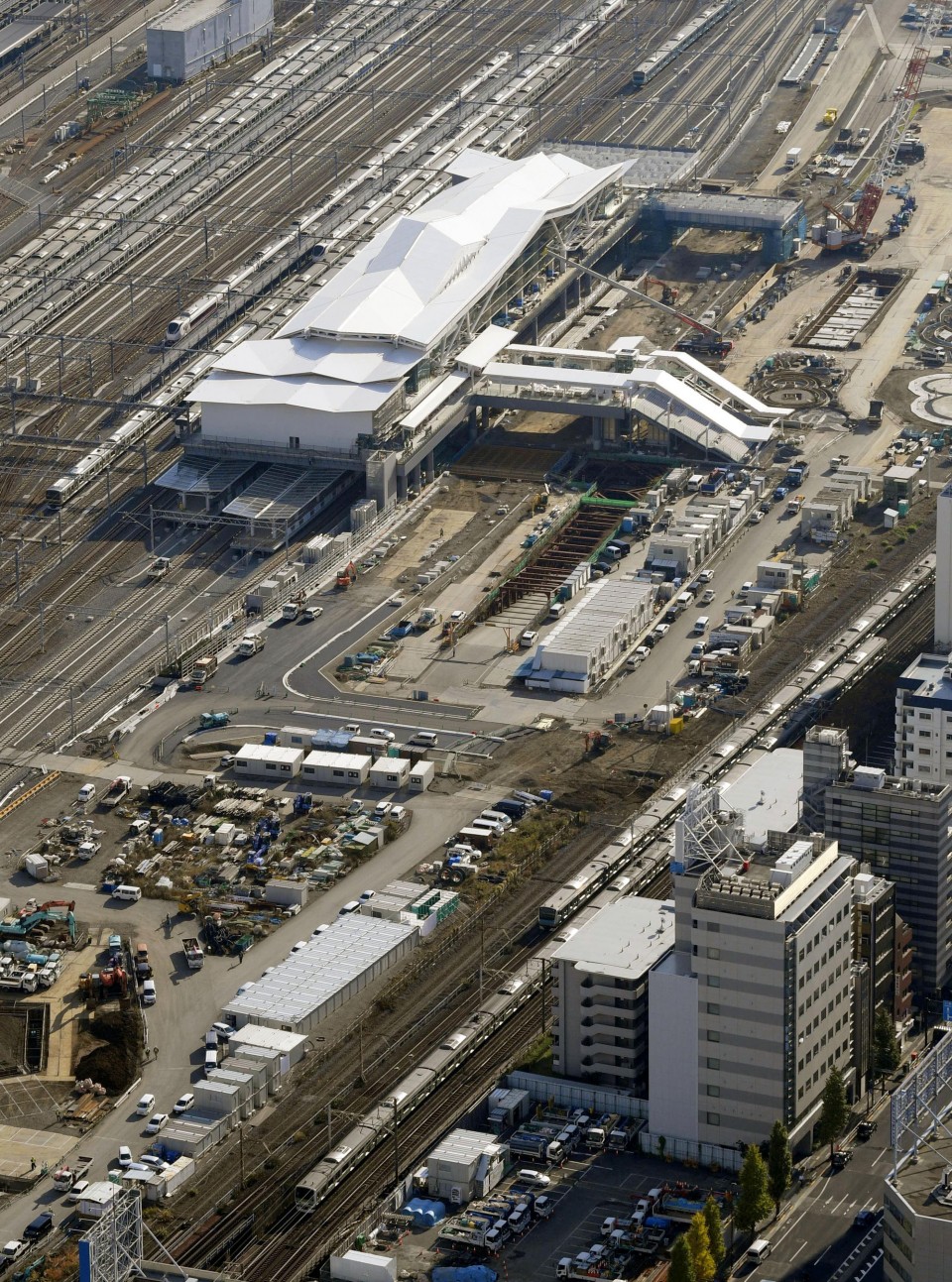 The shutdown involved 11 stations between Osaki and Ueno stations and was necessitated by the need to shift tracks in connection with work to build Takanawa Gateway Station, set for partial opening in the spring of 2020, said the company commonly known as JR East.

Reduced services on the remaining section of the line had returned to normal by around 6 p.m.

Takanawa Gateway Station, under construction since February 2017, is the first new Yamanote Line station to be built since 1971 and will be the 30th on the route. It is part of JR East's project to build several high-rises in a former railyard site between Shinagawa and Tamachi stations.