Prime Minister Shinzo Abe said Wednesday he will cancel a controversial publicly funded cherry-blossom viewing event next year amid mounting criticism that he has previously used it to entertain his supporters.

As the opposition forces have taken issue with what they see as murky criteria for selecting guests to the annual event, held every April since 1952, the government plans to carry out a "comprehensive" review.

"I made the decision myself to suspend the event," Abe told reporters at the prime minister's office.

The remark came as the Abe administration has been scrambling to contain the fallout from losing two Cabinet ministers to money and gift-giving scandals.

Held at a Tokyo park famous for its cherry blossoms, the government-funded event is intended to honor people such as athletes and celebrities for their accomplishments.

It has come under the spotlight in recent days after revelations that Abe's supporters were among those invited, raising questions about the use of taxpayers' money.

The number of guests and the amount of money spent by the government on the gathering have been on the rise since Abe returned to power in 2012. 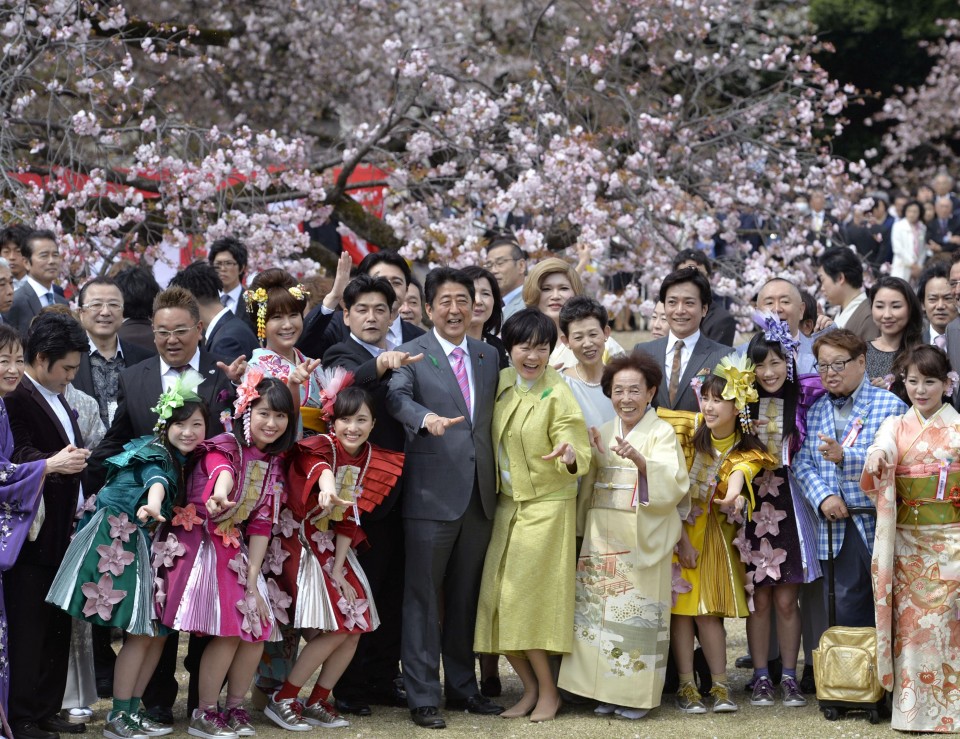 Abe's office in his constituency in Yamaguchi Prefecture, western Japan, has solicited supporters who wished to participate in the annual cherry-blossom viewing event on a package tour to Tokyo, according to supporters.

Kyodo News obtained documents made by his office for the April 2017 cherry-blossom viewing event, with one of them saying, "If you'd like to participate, please contact the Abe office or the secretary in charge." Multiple tour options with a price range of 66,000 yen ($600) and 87,500 yen, were offered, according to another document.

Opposition party lawmakers have alleged that Abe used the government event to his own advantage, stepping up calls on the premier to explain the matter in the Diet.

"Unless the prime minster comes to parliament and answers questions, this will never end," Jun Azumi, the Diet affairs chief of the Constitutional Democratic Party of Japan, told reporters.

Hours after senior executives from the ruling Liberal Democratic Party and its coalition partner Komeito agreed on the need for a review of the selection criteria, Chief Cabinet Secretary Yoshihide Suga said the government will indeed carry it out.

"Given there are various views on the cherry-blossom viewing event, we'd like to clarify the invitation criteria, make the process transparent and conduct a comprehensive review, including the budget and the number of invitees," Suga told a press conference. 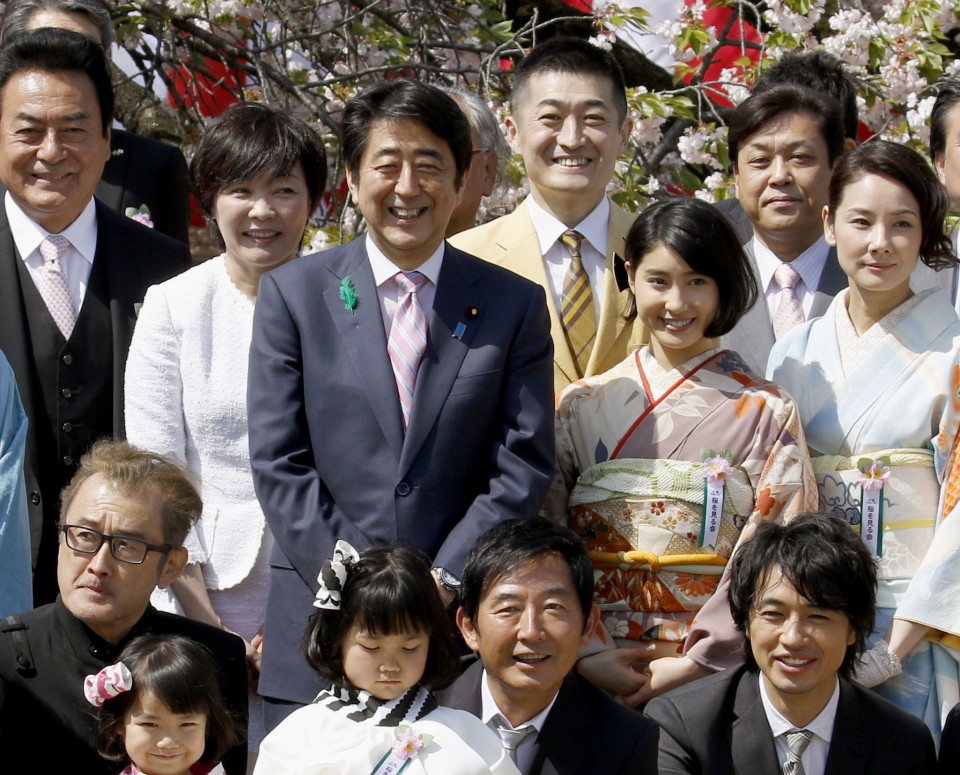 Suga said it has been a "long-held practice" for the Cabinet Secretariat to also gather guest recommendations from the ruling parties and within the Cabinet, including the prime minister, deputy prime minister and chief and deputy chief Cabinet secretaries.

Abe has denied he was involved in selecting who attends, as the government -- specifically the Cabinet Office and the secretariat -- decides on the list of people to be invited based on recommendations from each ministry and agency.

The opposition forces have called for the release of past guest lists, but the Cabinet Office has said they have been discarded as it did not deem it necessary to retain them.

However, the education ministry said Wednesday that the lists of recommended guests it compiled and submitted between 2017 and 2019 have been kept, in line with the ministry's own rules.

Education minister Koichi Hagiuda told a parliamentary session that some of his supporters did participate in the cherry-blossom viewing event.

When pressed to disclose the ministry's lists by an opposition lawmaker in the session, Hagiuda said, "We cannot disclose them because they are only recommendations and include a lot of personal information."

Another member of Abe's Cabinet, health minister Katsunobu Kato, also admitted in a separate parliamentary session that some supporters from his constituency had attended the event. But he denied that his office was involved in drawing up the invitation list.

The government sets a rough target of 10,000 for the number of people invited to the seasonal event at Tokyo's Shinjuku Gyoen National Garden.

The controversy arose after Japanese Communist Party lawmaker Tomoko Tamura told parliament recently that the cherry-blossom viewing party was part of a big event for Abe's supporters, calling into question the way taxpayers' money was used.

A man in Tokyo sent a complaint to the Tokyo District Public Prosecutors Office on Wednesday, accusing the prime minister of vote-buying in violation of the country's public offices election law.

He said supporters were not required to pay for the cherry-blossom viewing event. Prosecutors have yet to decide whether to accept the complaint, according to investigative sources.