Emperor Naruhito performed from Thursday evening a centuries-old Shinto thanksgiving ceremony known as the Daijosai, the last of the major succession rituals following his enthronement in May.

Although the main part of the ceremony was undisclosed, a total of 675 people, including Prime Minister Shinzo Abe, lawmakers, prefectural governors and other representatives, were invited to observe the rite nearby. 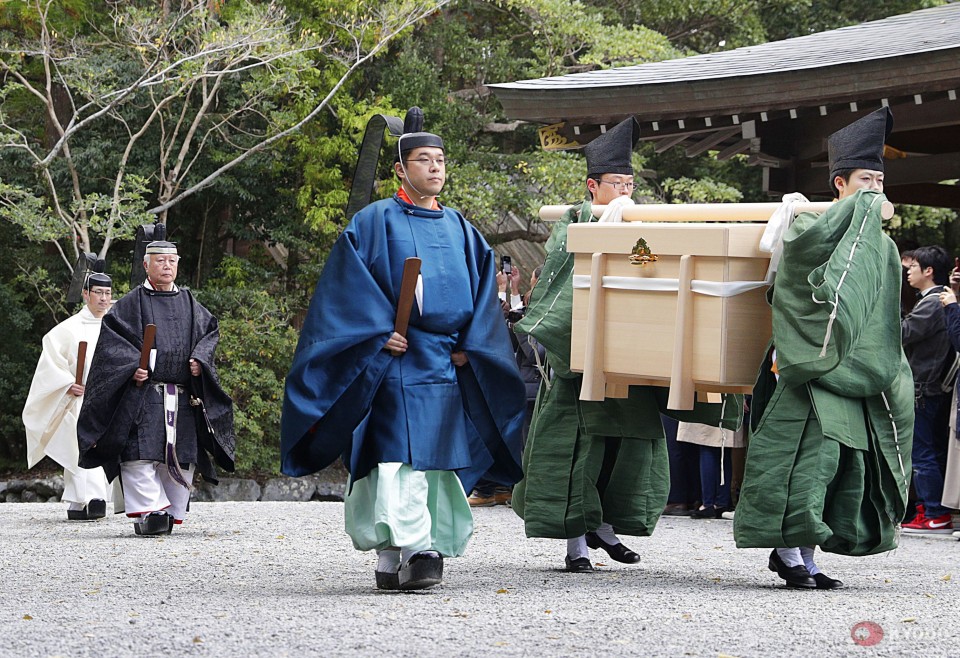 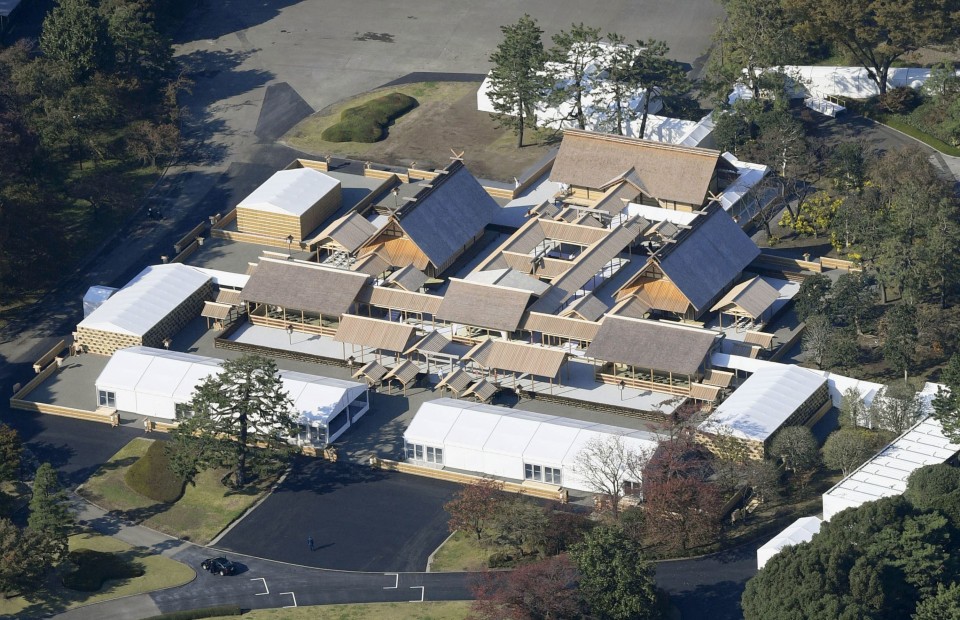 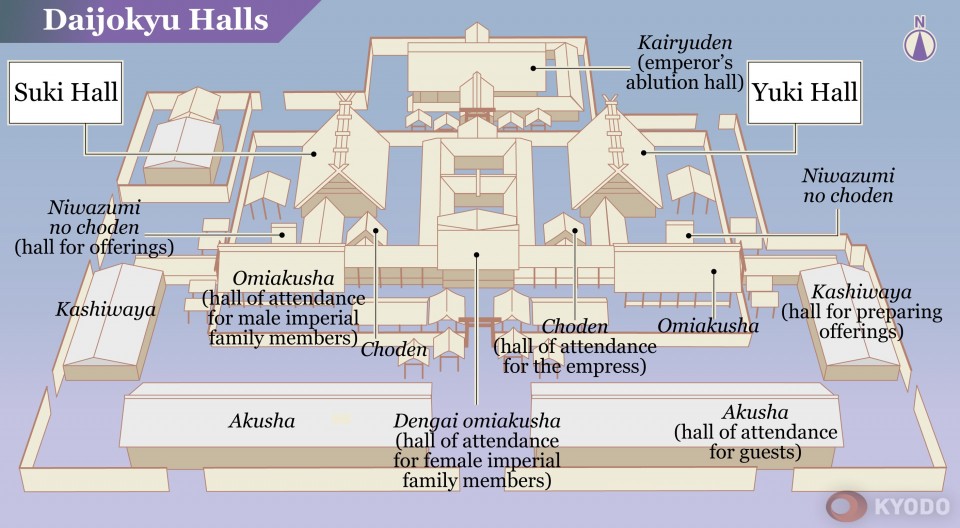 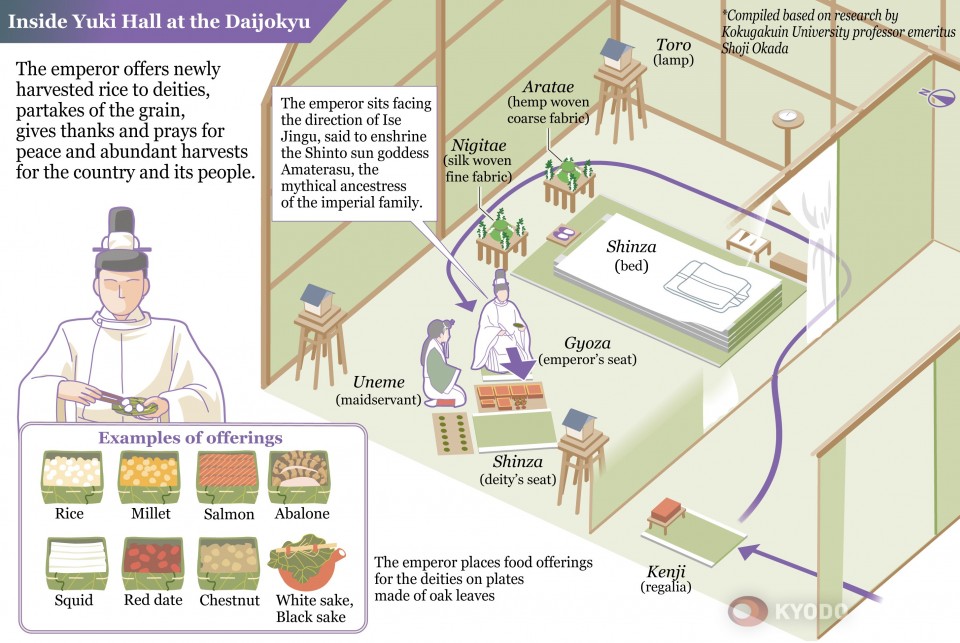 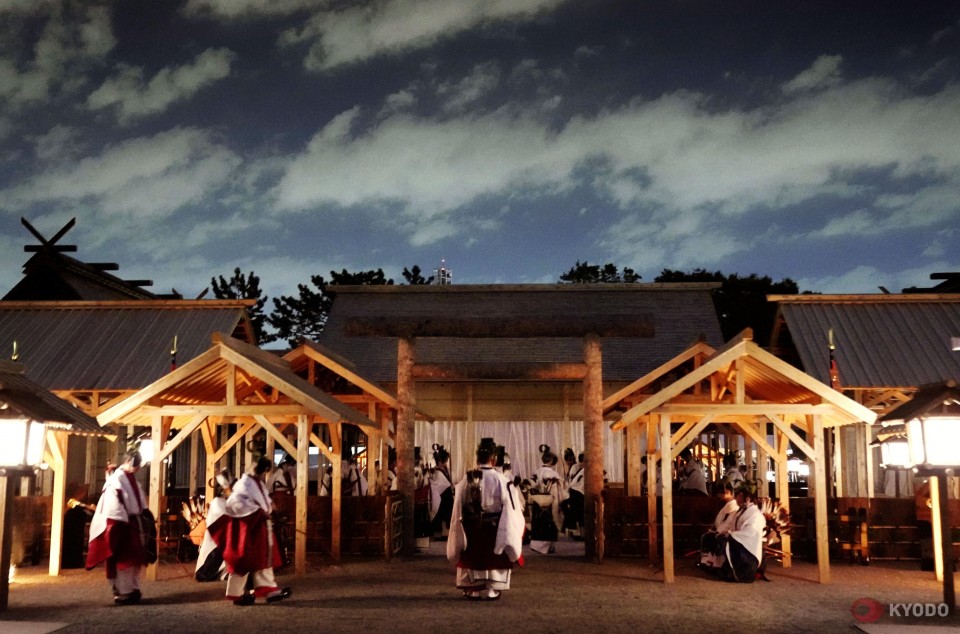 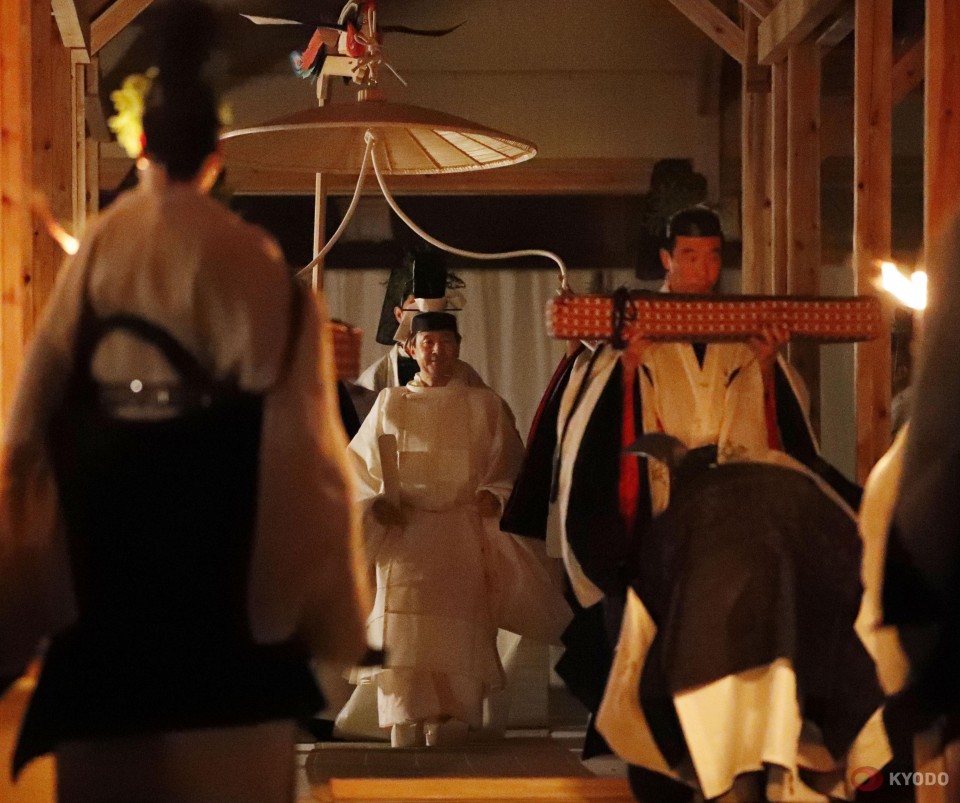 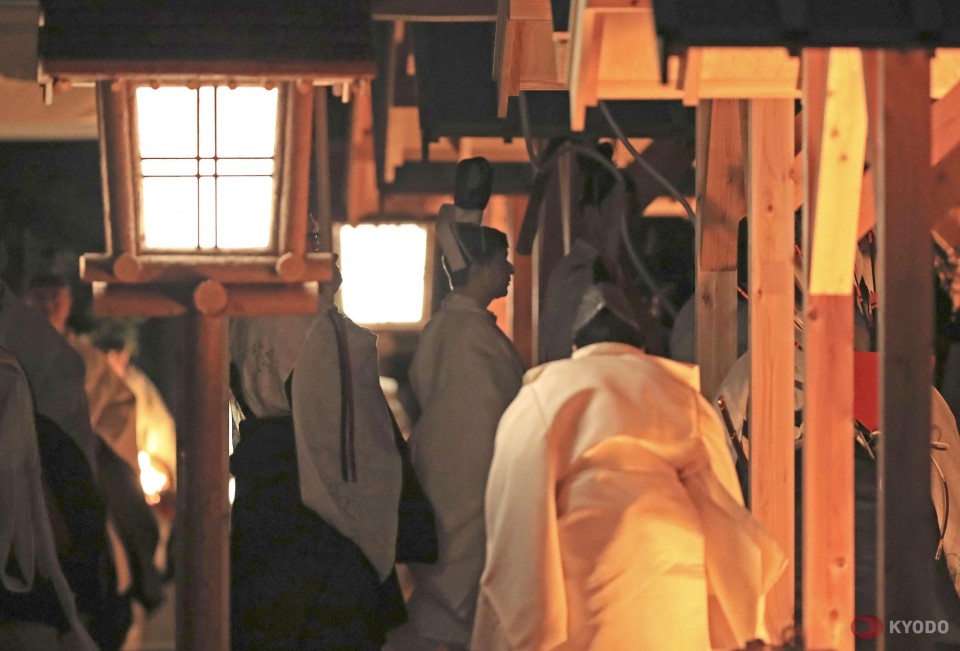 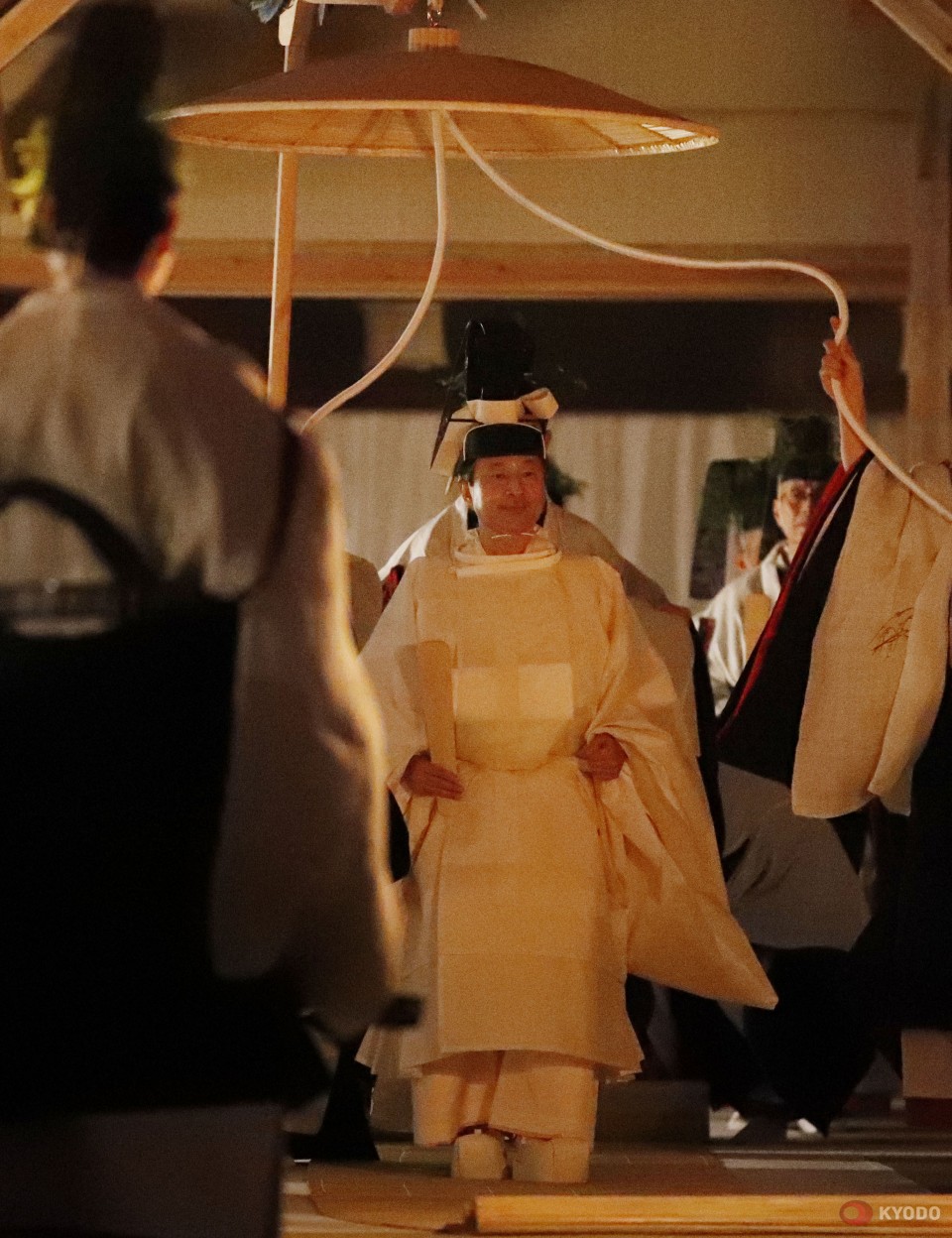 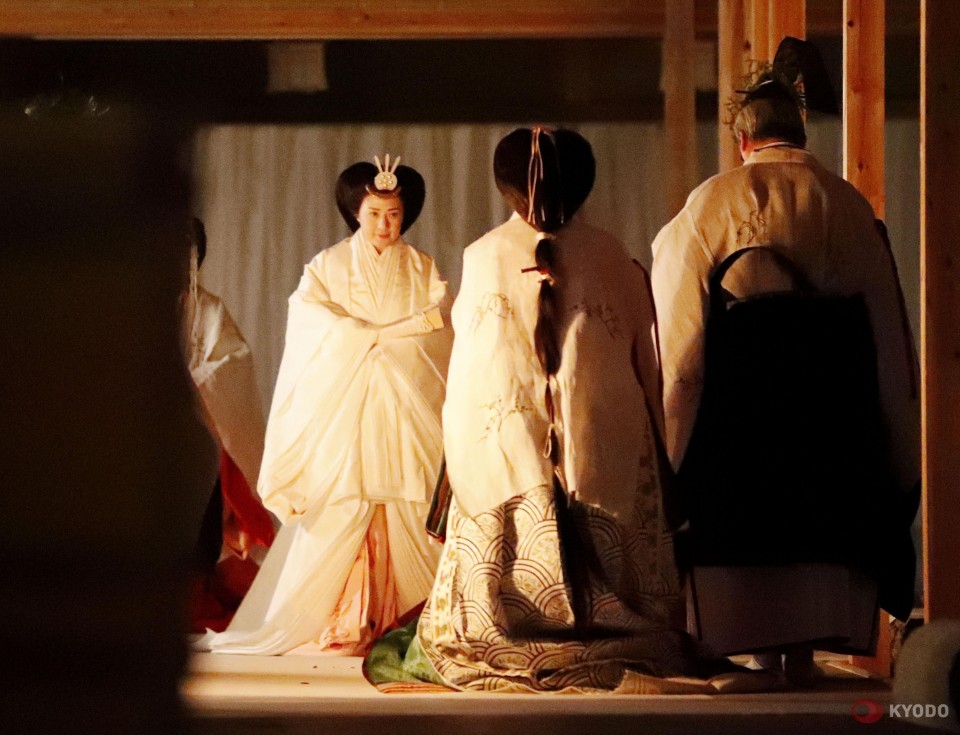 (Empress Masako heads to the Choden) 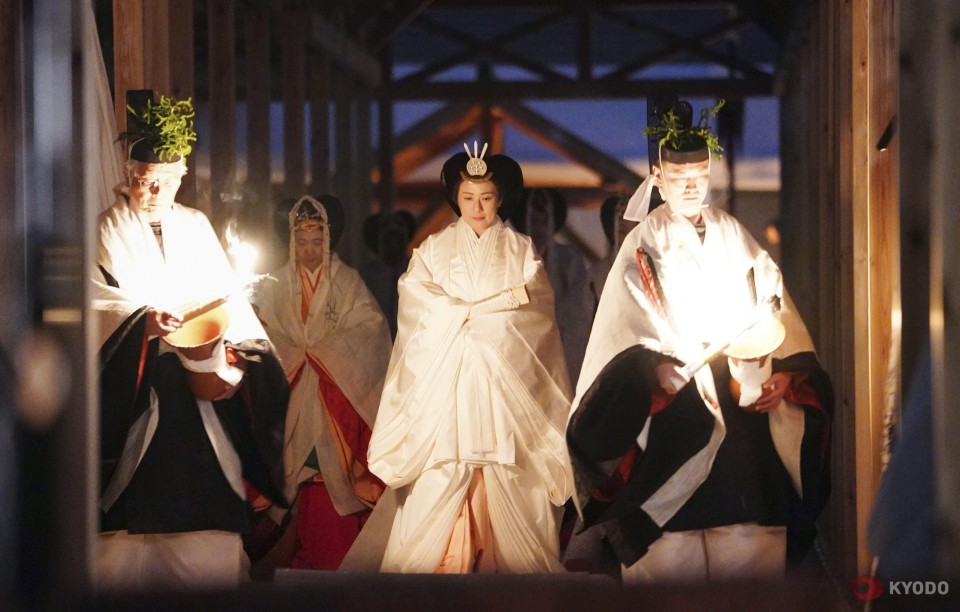 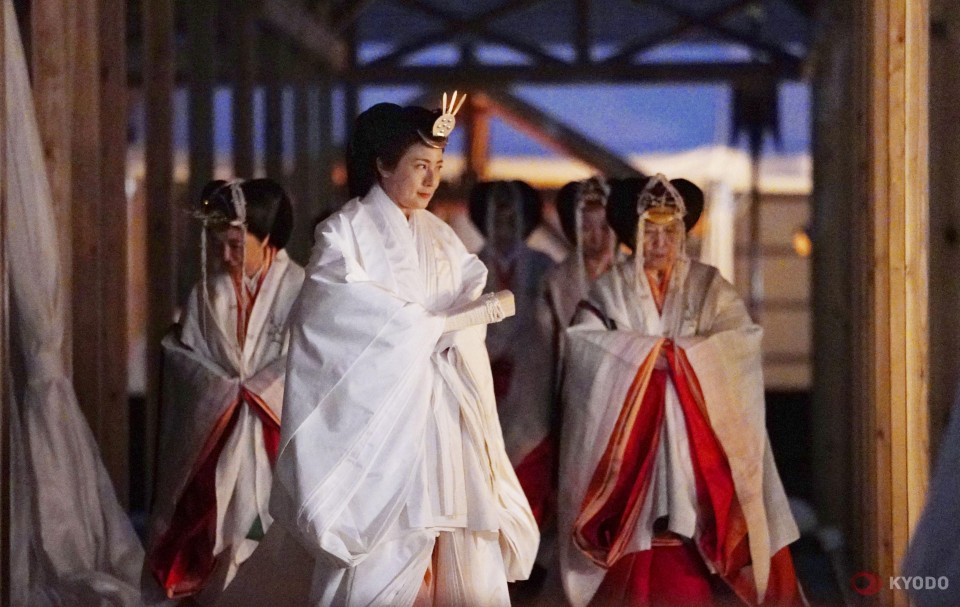 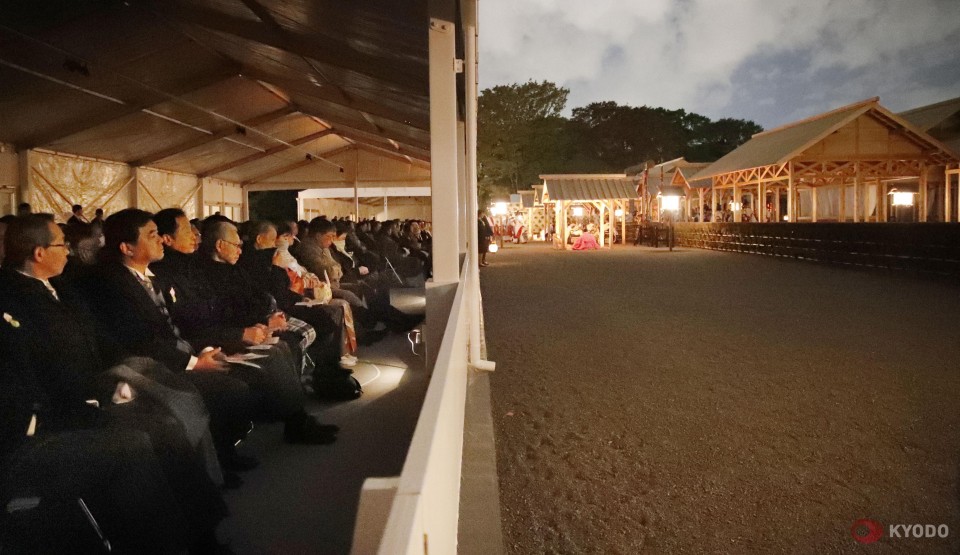 (Guests observe the "Daijokyu no gi" main rite of the Daijosai) 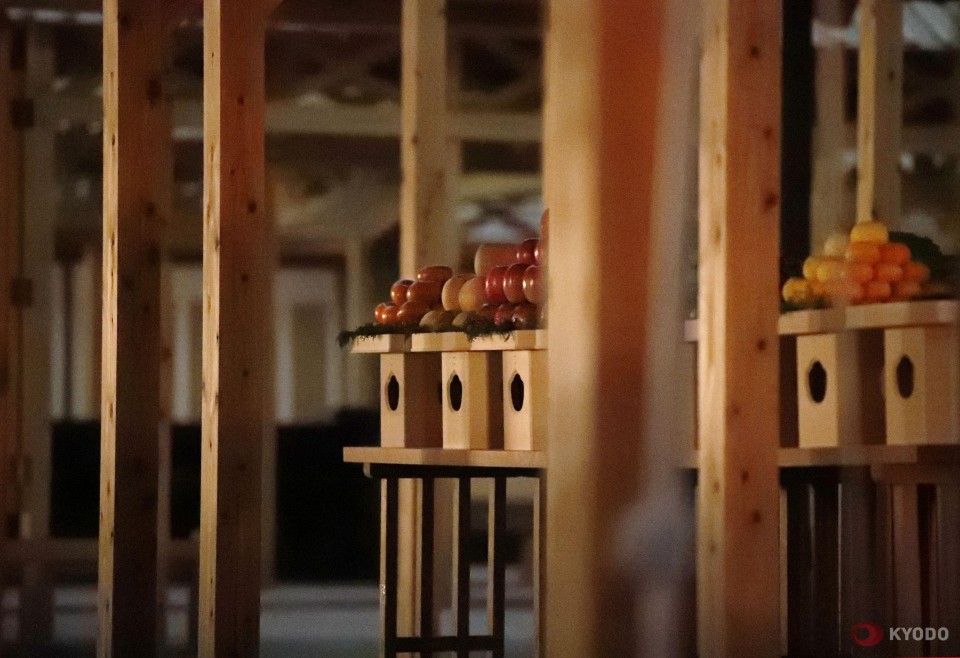 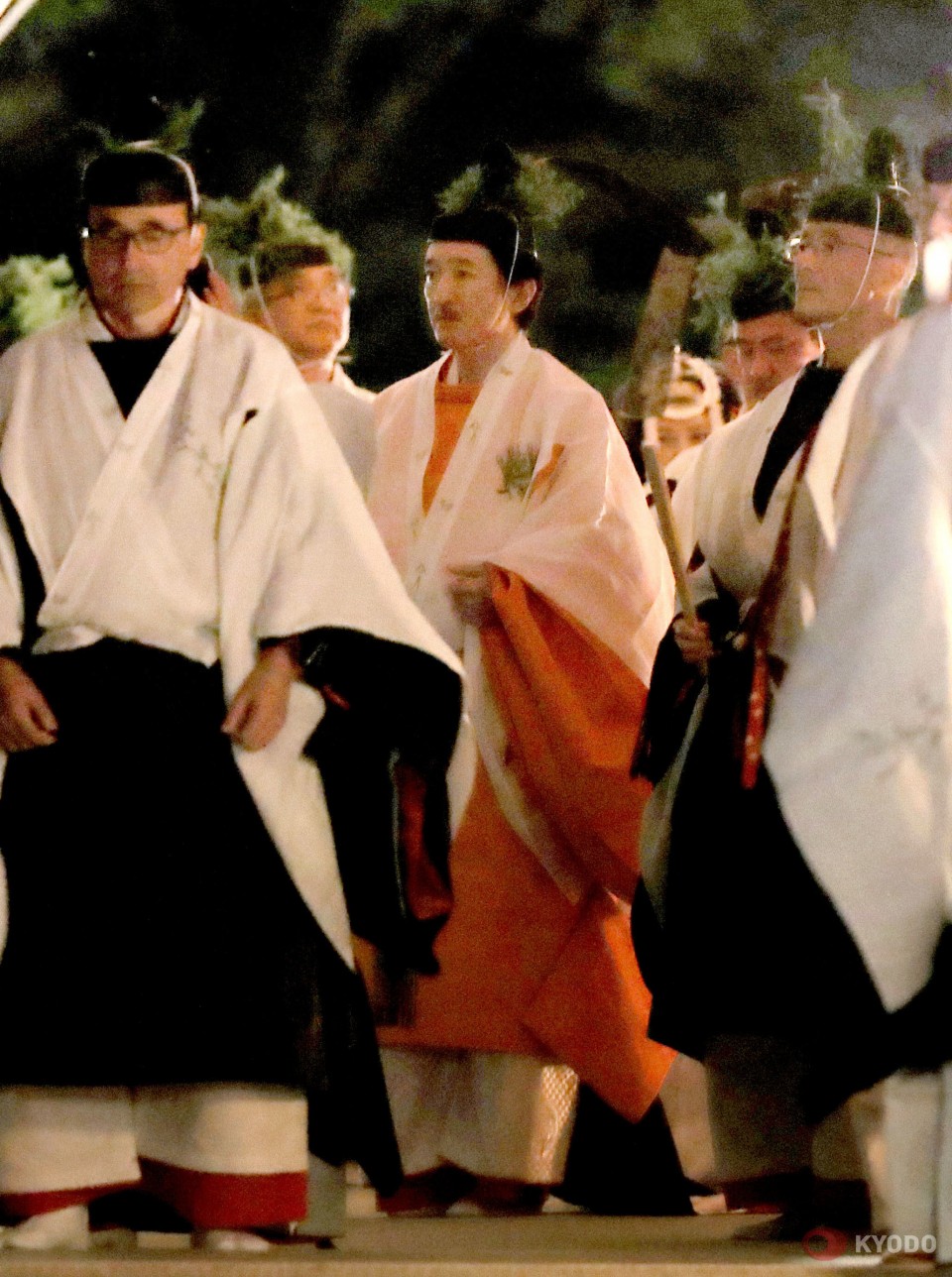 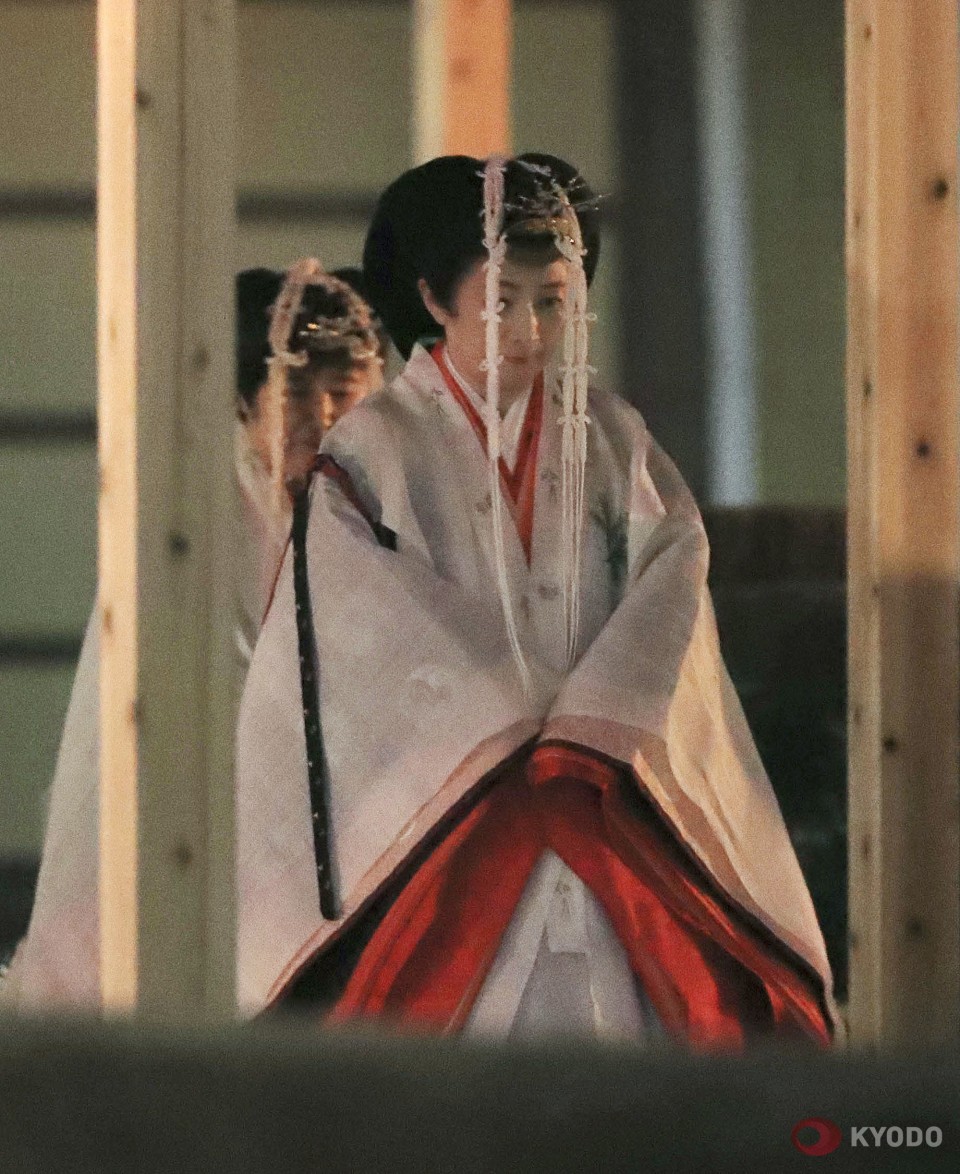 (Crown Princess Kiko attends the "Daijokyu no gi" main rite of the Daijosai.) 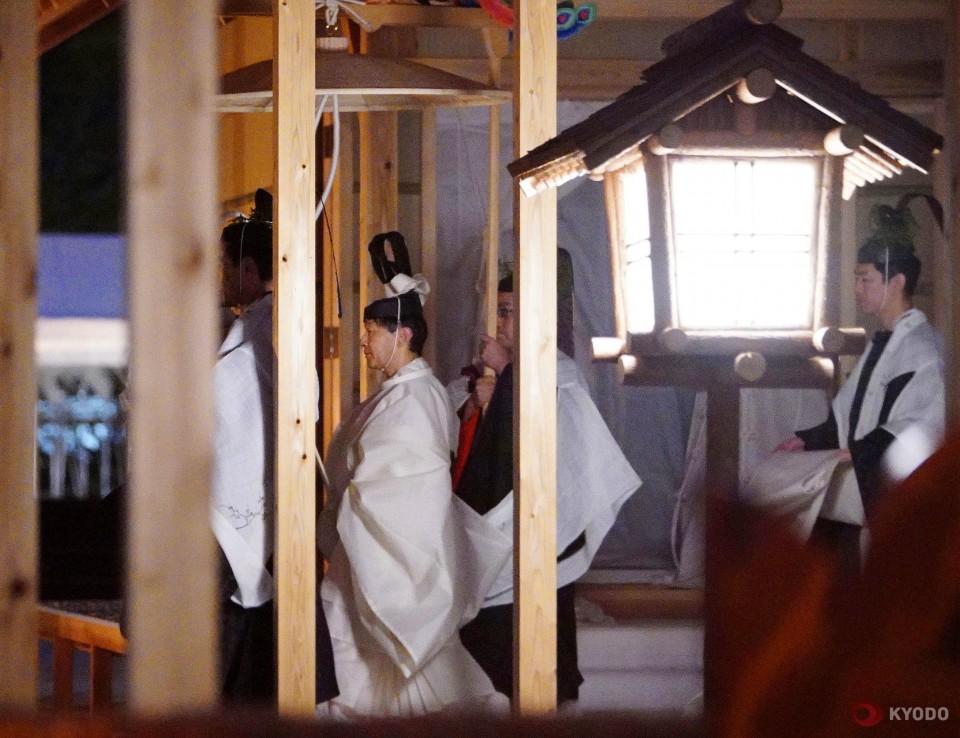 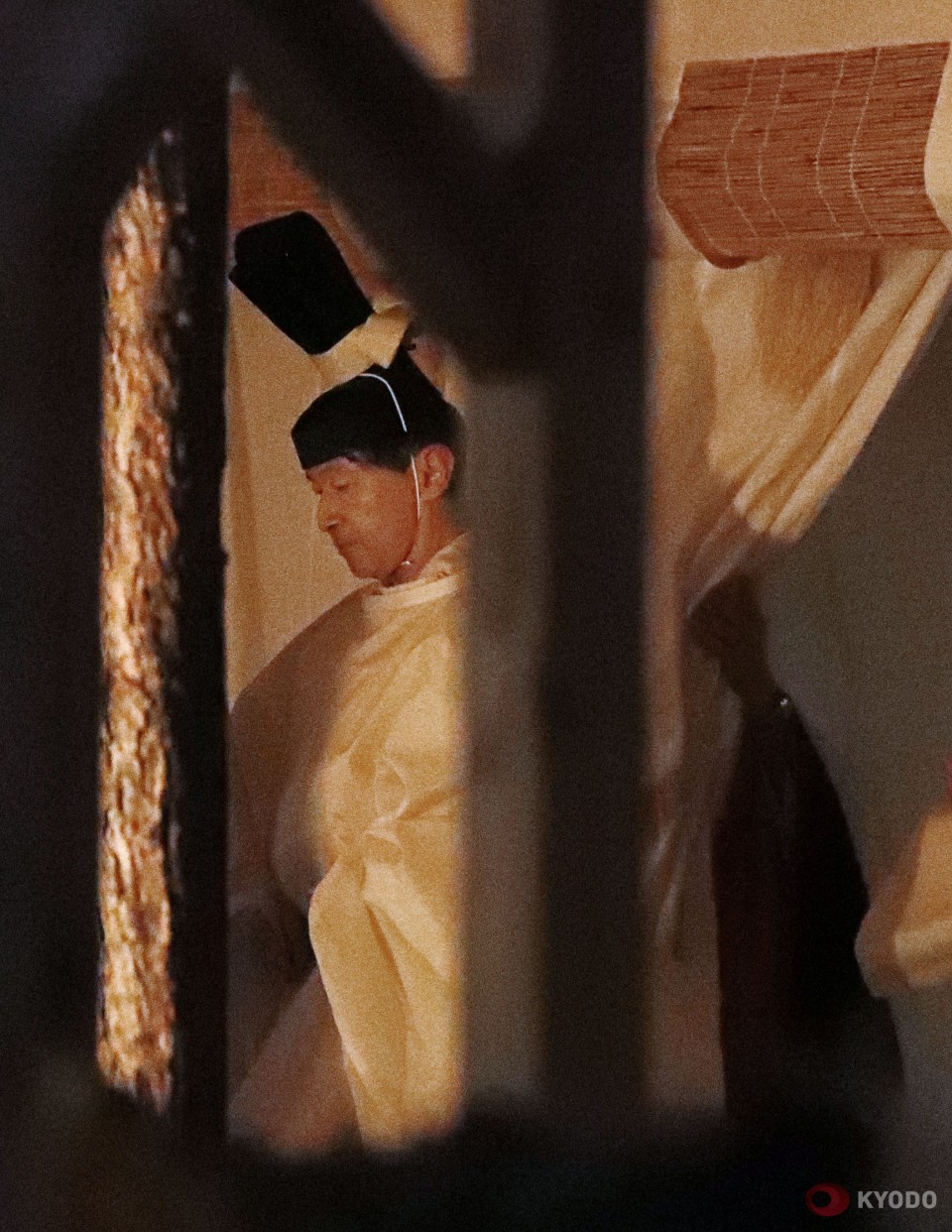 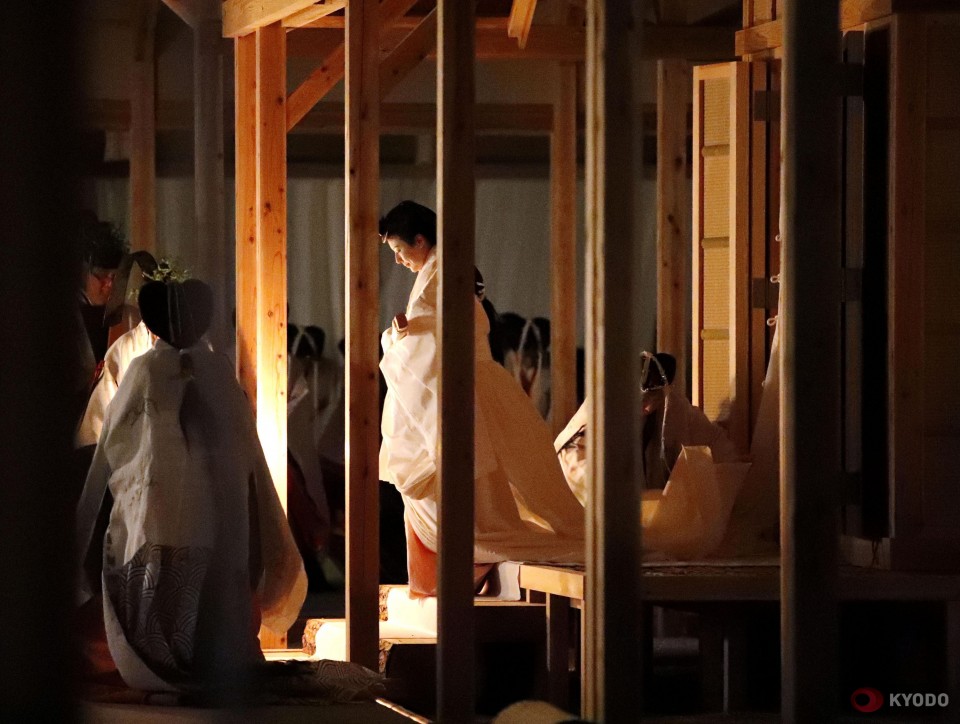