Nissan Motor Co. on Tuesday saw operating profit fall by 85.0 percent in the first half of the fiscal year due to weak global sales, the stronger yen and higher material costs, forcing it to slash its net profit outlook for the year through next March to the lowest level in 10 years.

The latest net and operating profit estimates represent a drop of 65.5 percent and 52.9 percent from a year earlier, respectively. The projected net profit would be the lowest since the 42.39 billion yen figure logged for the business year ended March 2010.

Nissan said it has not been able to hit the targets outlined in its most recent plan for improving its operations, citing headwinds including the stronger yen against the U.S. dollar and an auto industry slowdown. 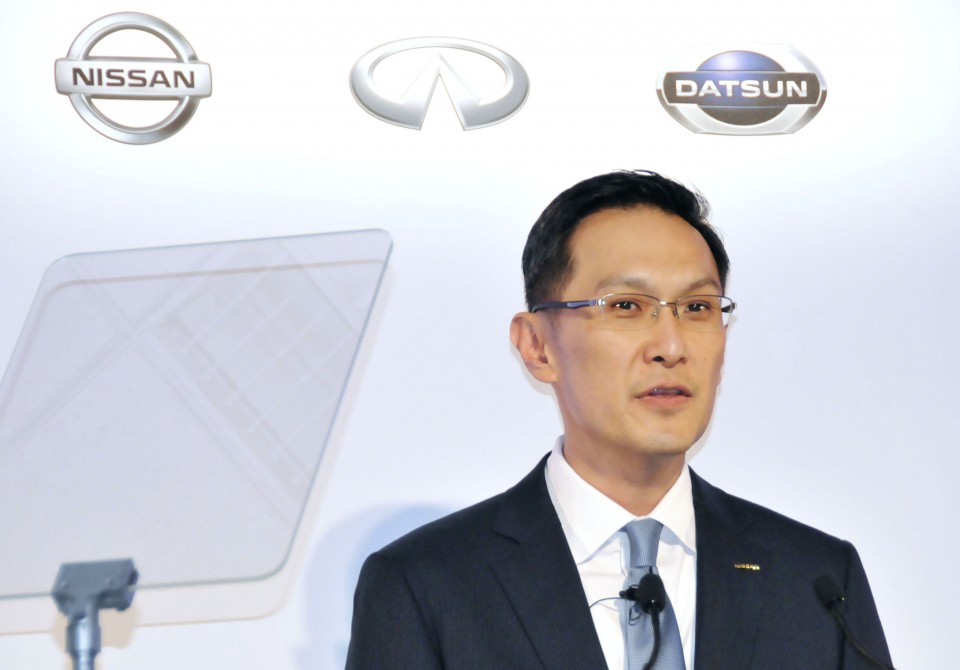 Sales also fell 9.6 percent to 5.00 trillion yen in the April to September period as global demand for its vehicles fell 6.8 percent from a year earlier to 2.50 million units, with decreases seen in Japan, North America, China, and European markets.

Nissan, which will launch a new management team led by newly appointed top executive Makoto Uchida on Dec. 1, aims to depart from the aggressive expansion long pursued by Ghosn, who relied on sales incentives in the United States to boost the company's sales volume.

"Unlike in the past, we are not chasing market share...we are primarily focused on sustainable growth," Vice President Stephen Ma, who will become chief financial officer in the management reshuffle on Dec. 1, told a press conference. "We are already starting to see improvements."

Ghosn was arrested on Nov. 19 last year for alleged financial misconduct at Nissan. He prepares to assert his innocence during his trial that may start in the spring of next year.

Nissan also said Tuesday that former CEO Hiroto Saikawa and Thierry Bollore, former chief executive at Nissan's partner Renault SA, will retire from the board, pending shareholders' approval at their extraordinary meeting set to be convened on Feb. 18 next year.

Saikawa quit the top post in September after admitting he was overpaid by an equity-linked remuneration scheme run by the company, while Bollore was dismissed as Renault CEO in October.