Nixon said it in a memorandum for Kissinger, dated Nov. 24, 1969, three days after Nixon and Japanese Prime Minister Eisaku Sato agreed on the return of Okinawa to Japanese control in their meeting.

"President Nixon did not say anything about the secret pact in his autobiography" so it is unique that his view on the accord came to light, said Masaaki Gabe, a professor at the University of the Ryukyus, who obtained the document last month at the Richard Nixon Presidential Library and Museum in California. 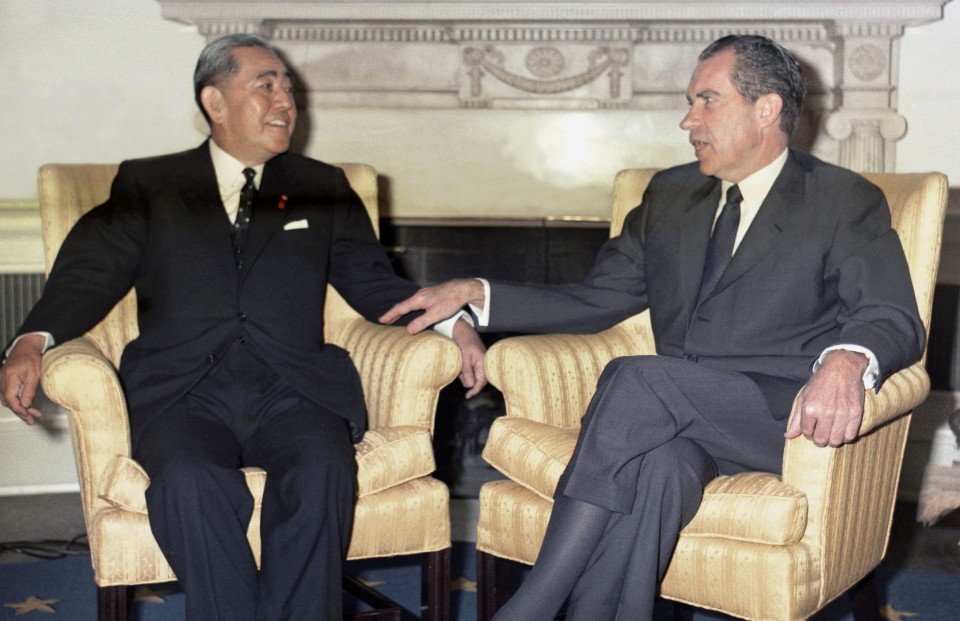 Prior to agreeing on the pact at the 1969 summit, Sato appointed Kei Wakaizumi, a scholar of international politics, as his emissary who negotiated with Kissinger.

Wakaizumi disclosed in his book published in 1994 that Japan and the United States produced the confidential "agreed minute" between the two leaders.

In the memorandum, Nixon described the Okinawa reversion as an example of "the trust that RN (Richard Nixon) has built up over the years with a number of foreign leaders" that was "paying off."

Nixon suggested the pact should make the U.S. military pleased, telling Kissinger to hold "a very private meeting" with influential U.S. senators John Stennis and Richard Russell and "give them some reassurance with regard to our use of the Okinawa bases without violating our agreement with Sato." 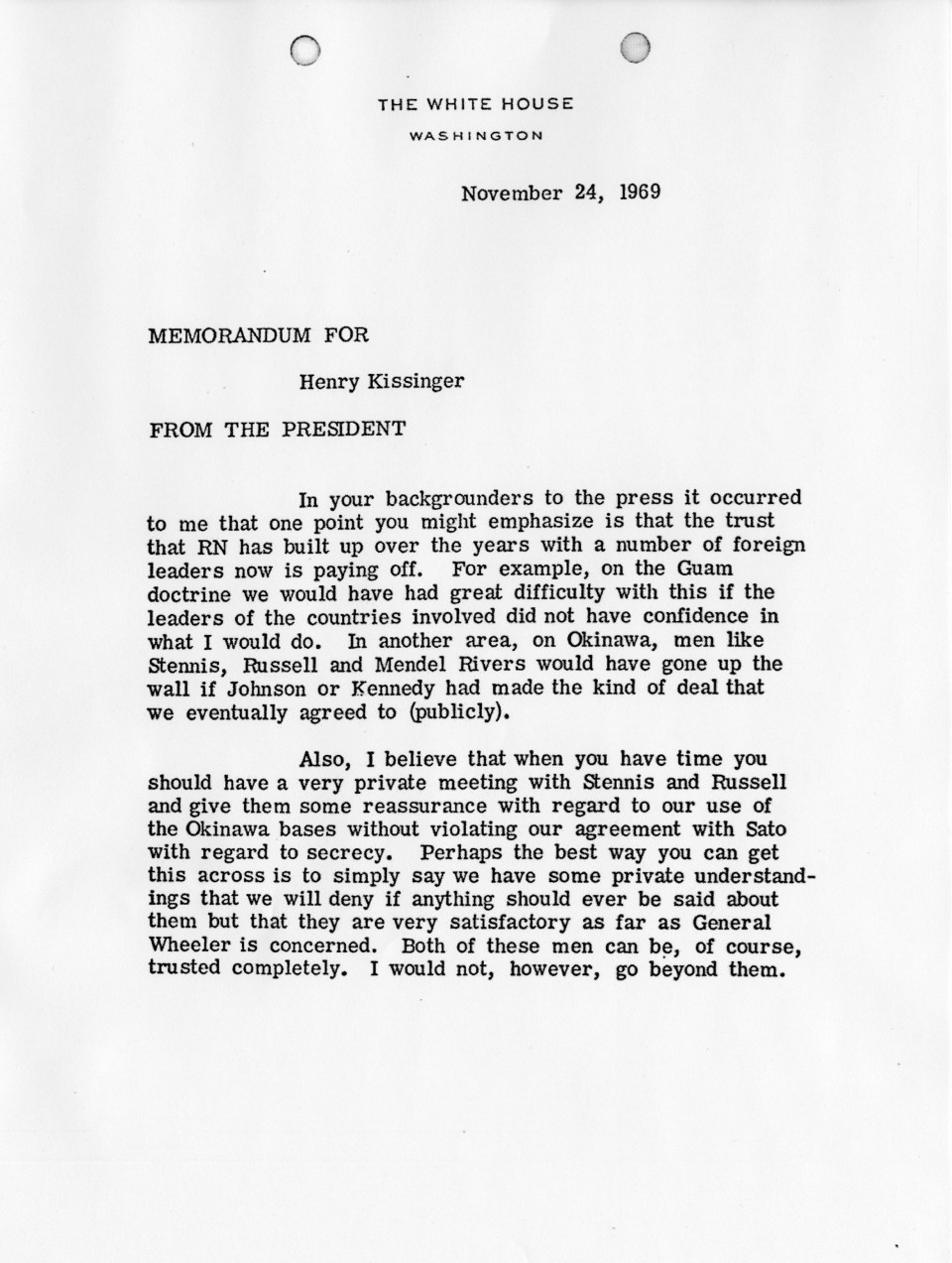 In the U.S. Senate at that time, there was opposition to returning Okinawa, which served as a crucial strategic and logistic base during the Vietnam War, to Japan.

Nixon seemed intent on assuring those lawmakers that the scope of usage of the U.S. bases, including the operation of nuclear weapons, would not effectively change after the reversion.

"Perhaps the best way you can get this across is to simply say we have some private understandings that we will deny if anything should ever be said about them," Nixon said.