Indonesian authorities, in cooperation with international organizations, on Tuesday began returning 18 orangutans to their natural habitat on Borneo island after a long process of rehabilitation.

In a statement, the Borneo Orangutan Survival Foundation said the first group of nine orangutans departed Tuesday for a 15-hour journey to a national park in Central Kalimantan Province.

The remaining nine will take a 20-hour trip to another protected forest on Nov. 26 and 28.

"We hope that this effort helps to better distribute the population of rehabilitated orangutans in (the particular forests)," the foundation's CEO Jamartin Sihite said. 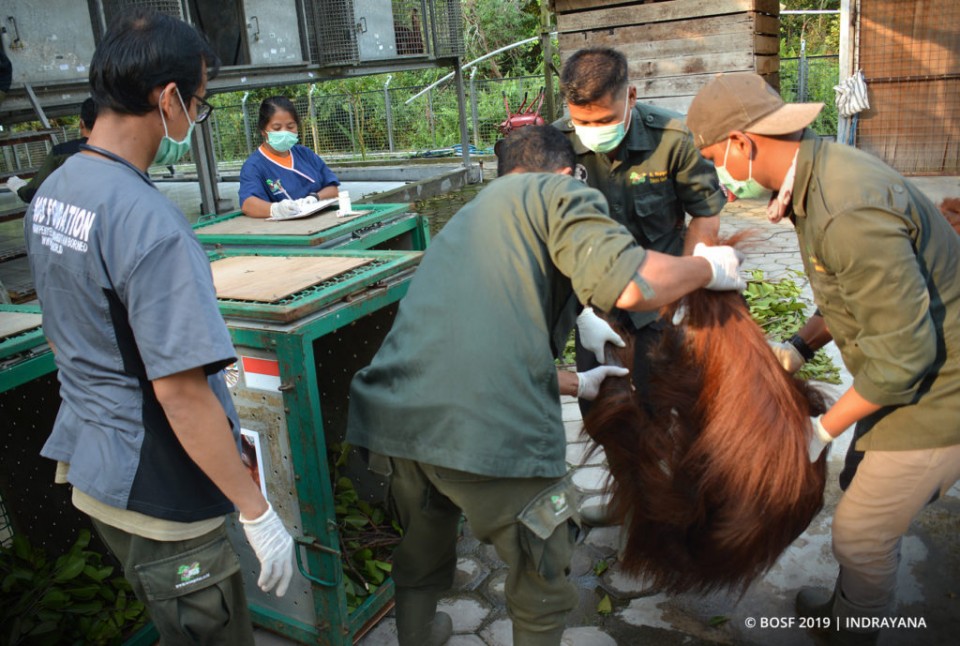 The 18 orangutans were rescued either from habitats that had been cleared by companies for palm oil plantations or from individuals who took them from the jungle to be pets.

Many were still young when being rescued, like 13-year-old Leggi, who was six months old when she was rescued from a palm oil plantation in "very poor condition...already orphaned, dehydrated and underweight at just 2.2 kilograms."

The rescued orangutans then underwent rehabilitation at the foundation's forest school at the Nyaru Menteng orangutan rehabilitation center in Central Kalimantan to learn survival skills before being released to the wild.

"Efforts to preserve the environment need to be supported by everyone," said Adib Gunawan, head of the Central Kalimantan Natural Resources Conservation Agency.

"Anybody can participate by reporting any attempts at hunting, capturing, killing or domesticating animals protected by the law, like orangutans. As a key species, orangutans play an important role in forest ecosystems. We must protect our forests and the biodiversity within them," he added. 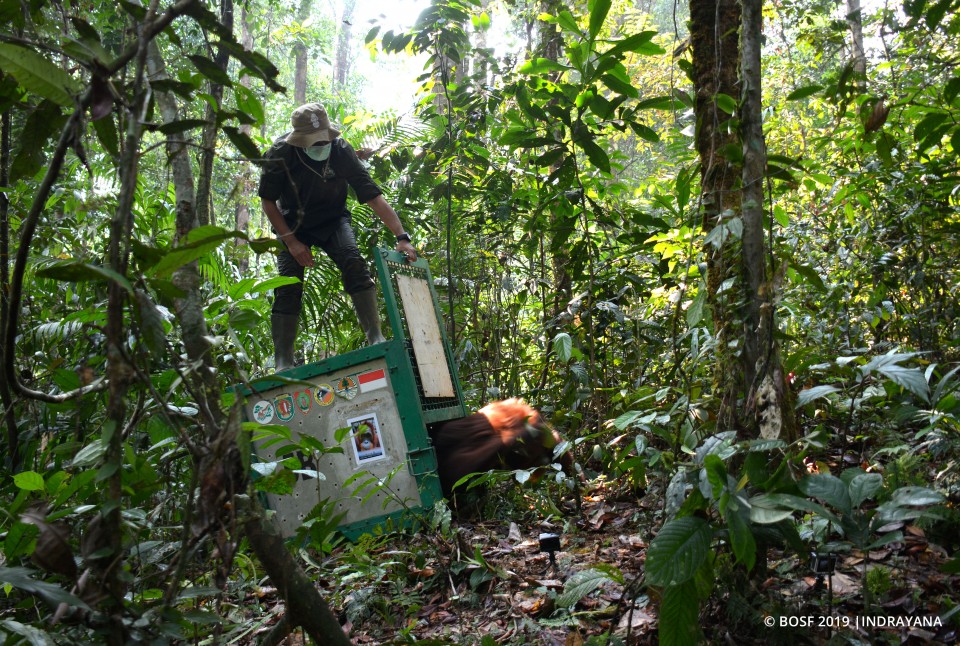 The to-be-released orangutans comprise of eight males and 10 females, including a mother-infant pair. The youngest one is Iriana, 7, who is capable of defending herself when required although she is not a dominant figure.

The eldest one is Pandu, 20, who was rescued from a forest fire at a palm oil plantation in September. The male orangutan, who disliked humans, was in poor health condition and received medical treatment at the rehabilitation center.

Currently, there are some 104,700 Bornean orangutans living in the wild of Malaysia and Indonesia, environmental organization WWF estimates.

The number of orangutans living in the jungles of Borneo continues to decline due to habitat destruction and fragmentation. The females are also frequently targeted by hunters who want to take their babies to be traded as pets.