Speaker Moon Hee Sang, in seeking to mend South Korea's frayed ties with Japan, has proposed a bill to invite donations from Japanese and South Korean companies and the public to provide funds to compensate victims of forced labor. 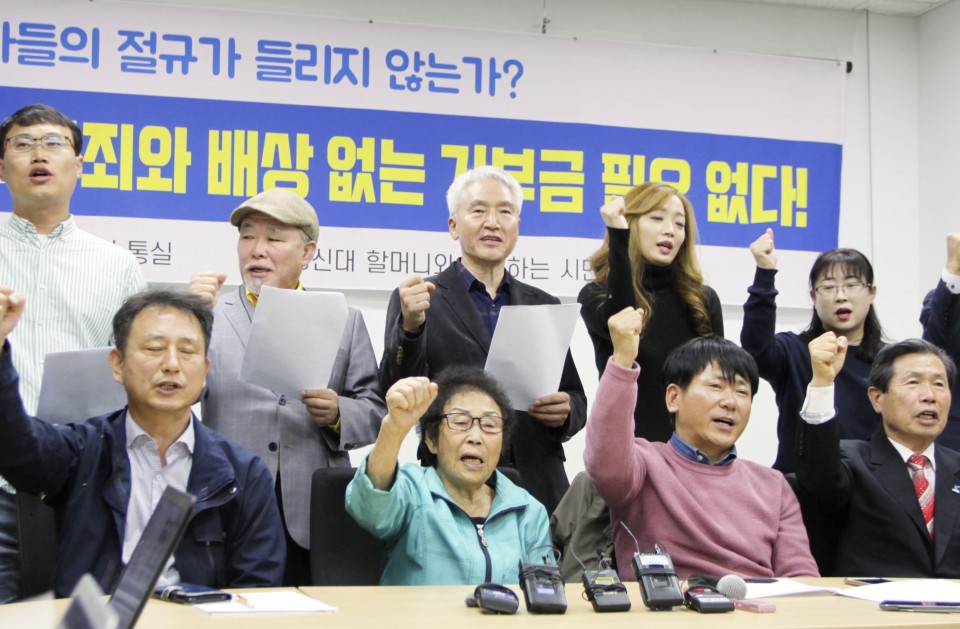 In a statement released at a press conference in Gwangju in the country's southwest, the lawyers called for the plan's withdrawal, saying it would amount to relieving the Japanese government of its responsibility without its sincere apology.

"Does it make any sense to leave out the Japanese government, which should take responsibility for this issue, and just let the companies settle the problem?" the statement said.

The lawyers also said they were "upset" with Moon's proposal as they had not been consulted over the plan before he presented it in a speech in Tokyo on Tuesday evening.

Other Japanese companies have also been ordered by South Korean courts to compensate Korean plaintiffs since then. But none has taken steps to compensate them as Japan takes the position that the issue of compensation was settled in a deal signed when the two countries established diplomatic ties in 1965.

The South Korean government has said the separation of powers must be respected.

Japanese government officials reiterated that the issue should be resolved in South Korea, maintaining that the 1965 accord put an end to Japan's compensation obligation.

Aimed at breaking the deadlock, the bill envisioned by the National Assembly speaker seeks to facilitate the creation of a fund that would become a vessel for the donations, as well as 6 billion won ($5.2 million) left over from a now-defunct, Japan-funded foundation to support former "comfort women."

The bill would need to provide a "fundamental and comprehensive" solution that would preclude future claims in South Korea, Moon said.

The speaker has reportedly expressed willingness to see relevant legislation enacted by the end of this year. But his proposal has attracted immediate opposition from the plaintiffs' lawyers, making it difficult to foresee it gaining broad support.

At Wednesday's press conference, Yang Gum Dok, 89, who won damages for forced labor from Mitsubishi Heavy Industries Ltd. in November 2018, repeated her call for an apology from the Japanese government.

The government of President Moon Jae In has taken a "victims first" approach in handling the wartime labor issue.