England coach Eddie Jones taught high school students in Tokyo the essence of rugby on Friday, a day before his team play South Africa in the final of the World Cup.

After wrapping up his team's training session, Jones took to the pitch to coach about 40 members of a local high school rugby club in Fuchu, western Tokyo. The former Japan head coach held the one-hour session to express his appreciation to the city for hosting England's camp.

Using several Japanese phrases, including "jyozu (good)" and "subarashi (wonderful)," Jones used the entire field to instruct the students from Tokyo Metropolitan Fuchu-nishi High School in different points, including how to transition between offense and defense. 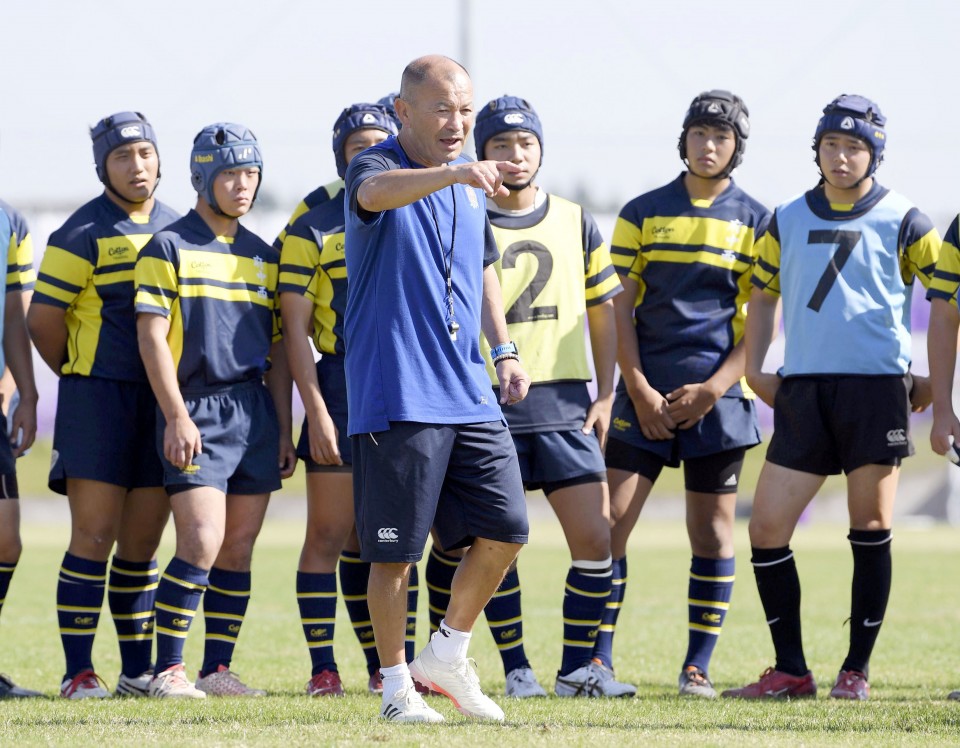 Jones asked them in their native language why they stopped running to receive passes, reminding them that they needed to receive the ball on the run.

It doesn't matter if it is the day before a Rugby World Cup final - it's always good to give back. pic.twitter.com/oMgVhuhfmc

After training, he formed a circle with the students on the field, and told them how important it was for each individual to know exactly what they needed to improve in a bid to take advantage of their strength during the game.

He concluded the session by asking the young rugby players for their support when England take on South Africa at International Stadium Yokohama (Nissan Stadium) the following day.

World No. 1 England are aiming to win the Webb Ellis Cup for a second time, while the No. 2 Springboks are looking for their third title.