A day after claiming his 43rd career title with a win at the Kyushu Grand Sumo Tournament, yokozuna Hakuho said he intends to fight on in pursuit of a 50th top division championship.

While the 34-year-old Hakuho has already said he plans to continue wrestling until next summer's Tokyo Olympics, he revealed an even bigger ambition at a press conference in Fukuoka, southwestern Japan, on Monday. 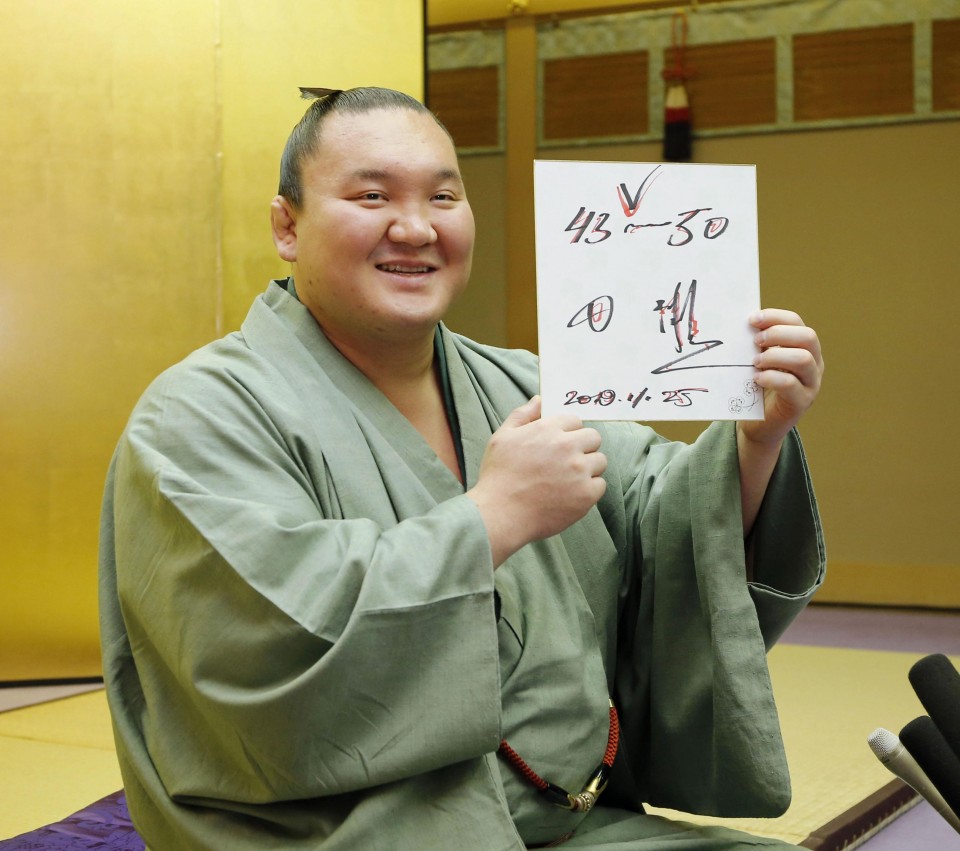 "I'm not sure (when I can accomplish it), it may be two years or three years from now," said Hakuho, who holds the all-time record for most titles in sumo's top makuuchi division.

Hakuho, who was promoted to the sport's highest rank in 2007, secured his latest championship with a win over sekiwake Mitakeumi on Saturday. The Mongolian-born wrestler beat ozeki Takakeisho on the final day to finish the 15-day meet at Fukuoka Kokusai Center with a 14-1 record.

He said winning the Emperor's Cup in the final tournament of the year was all the more special considering his recent battles with injuries.

He skipped the May tournament in Tokyo to treat a muscle tear in his upper arm which he sustained in March. He also withdrew from the September tournament, his first meet since becoming a Japanese citizen, due to a fracture to his right little finger.

"I suffered an injury on the final day (of the March tournament) and my doctor said I wouldn't be able to completely recover. I thought I would never be able to accomplish (winning a championship) again," he said. 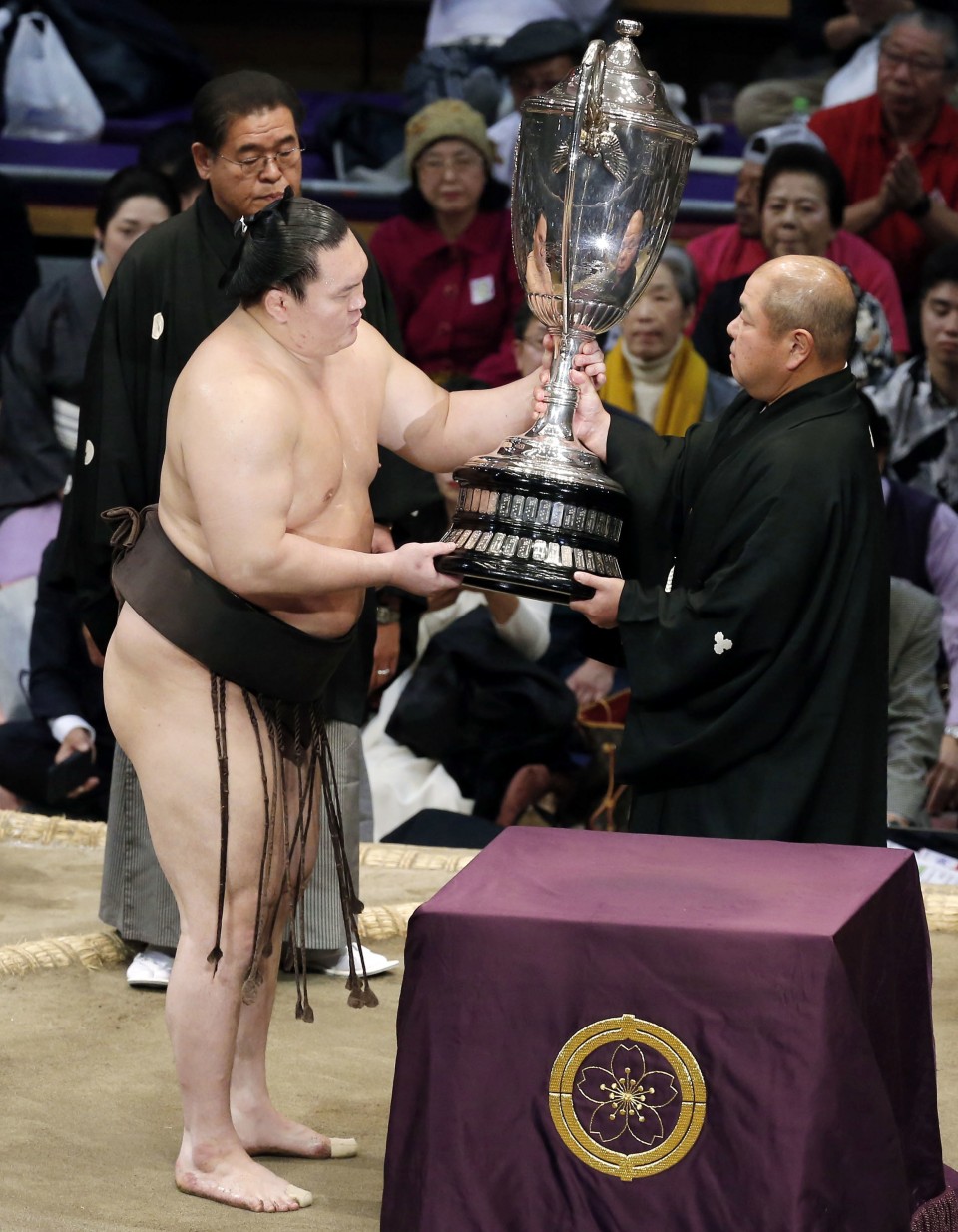 Hakuho's only loss in Fukuoka was against top-ranked maegashira Daieisho on Day 2. The yokozuna bounced back with 13 straight convincing wins in the competition that was missing some of the sport's highest-ranked wrestlers.

"(Their absence) made me think that I need to keep myself together," he said.

Hakuho made his debut in the top makuuchi division in May 2004, and became the sole owner of the all-time championship record when he won his 33rd Emperor's Cup in January 2015.

He is expected to compete at the first tournament of 2020, which opens on Jan. 12 at Tokyo's Ryogoku Kokugikan.