Living toxin-free is impossible in modern times, but plotting a quick wellness getaway at a hotel with an ecologically-conscious approach to delivering services is more than doable, Japanese environmental activist Kazuhiko Nakaishi says.

The representative director of Bio Hotels Japan says a night at one of these idyllic sanctuaries reminds guests of the importance of being a good steward of the planet while teaching that caring about one's self and about nature can go hand in hand.

"It's impossible to live free of chemicals. But in a hotel, if it's just for a night or two, you can get a true, raw, organic experience. An organic holiday is a good place to start," says Nakaishi. 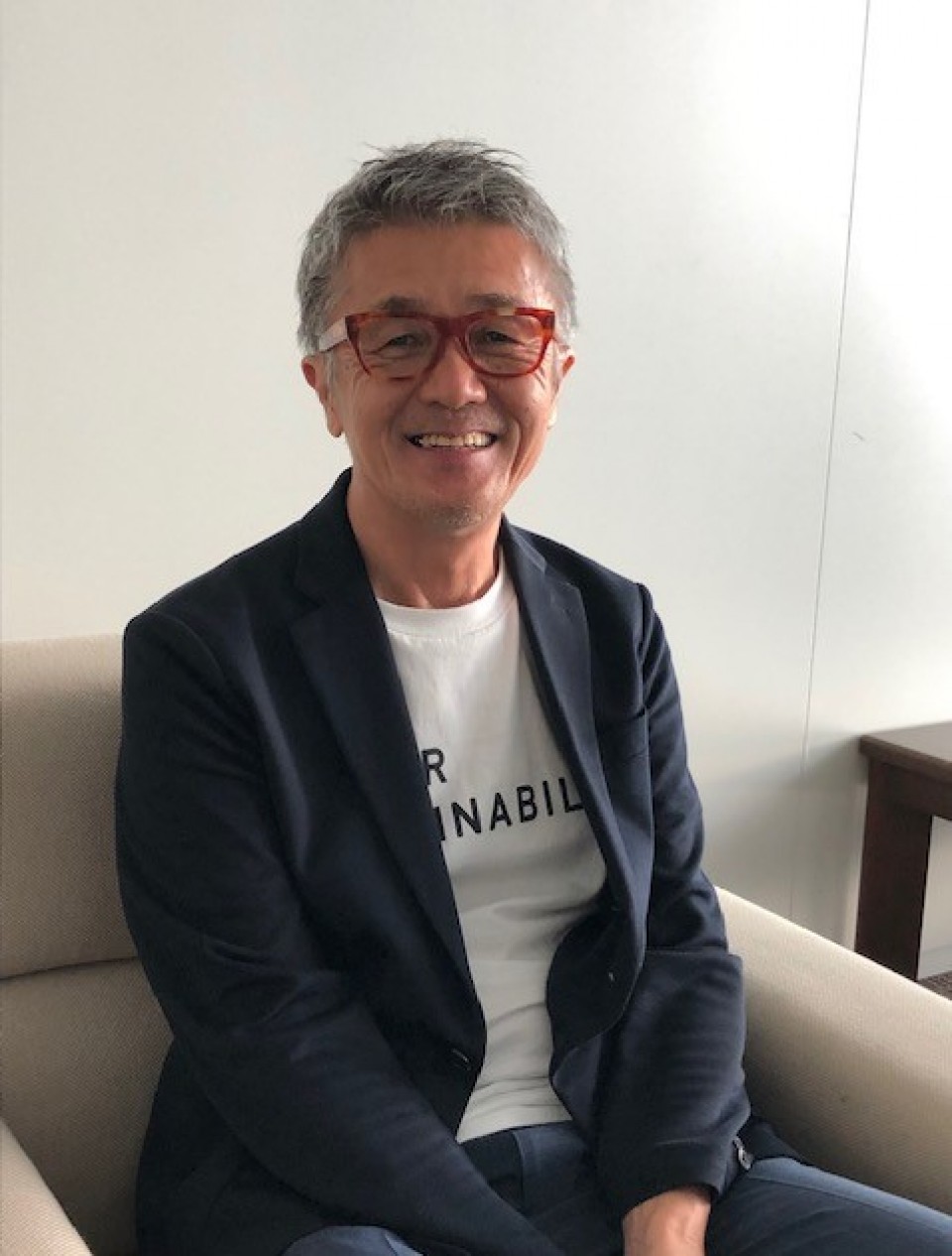 "Whether it's the food, cosmetics, bed linen or just the atmosphere, I want the guests to unwind in a stress-free environment. If they then decide to adopt any element of the organic (lifestyle) it would be immensely gratifying."

The 61-year-old heads Bio Hotels Japan, which he established in 2013 to advocate for slow living in a country where convenience -- exemplified by its 24-hour convenience stores, punctual train system, vending machines, 100 yen shops and capsule hotels -- is still king.

Though officially recognized by the Austria-based Bio Hotels Association, the largest grouping of ecological hotels in Europe, Bio Hotels Japan creates its own brand guidelines and even offers consulting services to businesses interested in going green.

And going organic does not mean going broke. As Nakaishi explains, there can be financial rewards in operating with a sense of social responsibility. They may not all be "quick win" opportunities, but the size of the opportunity is enormous, he says.

The main challenge is convincing Japanese customers to pay for it.

Organic food typically costs about twice as much in Japan than its conventionally produced equivalent. In Europe, the hit is much less severe as consumers pay just an additional 20 percent or so for such items. 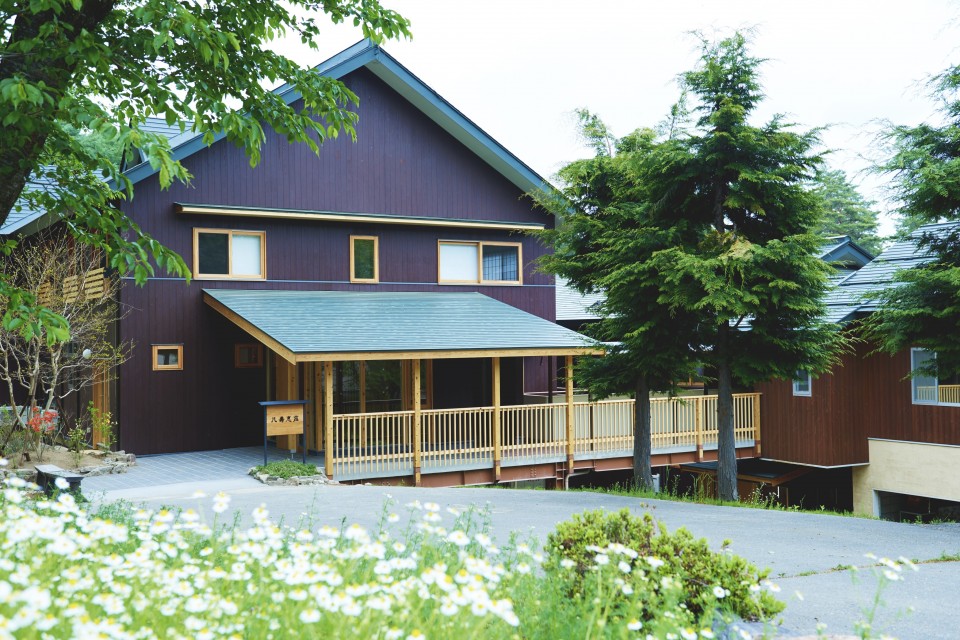 But there are other factors that mean Japan cannot keep pace with the world's organic farming leaders, Nakaishi says, pointing to the country's shortage of arable land and wet climate that are unsuitable for year-round crop cultivation.

"About 80 or 90 percent of the certified organic products you'll find on store shelves in Japan today are imported. So, obviously, the transport costs and handling charges are reflected in the retail price. It's expensive," he says.

Nakaishi encourages people to be conscious of their eating habits, even if starting small. The health benefits of going organic are worth exploring, and he does not see why it should stop at food.

Many countries have been promoting environmentally-friendly tourism practices, with conscientious travelers, many of whom pack minimally and try to minimize their carbon footprint, flocking to standout destinations like Copenhagen, Oslo and Stockholm.

Japan, despite being Asia's most competitive tourism economy, lags behind much of the rest of the world in the green tourism stakes.

But Nakaishi thinks that needs to change and urges Japan to put sustainable tourism development high on its agenda. And with the government having set a target of 40 million foreign visitors in 2020, he says there is no better time to start.

Yuta Tsubone of the Japan Ecotourism Society, a nongovernment organization that promotes and educates about the sector, says the Ecotourism Promotion Act, enacted in 2007, led to nationwide efforts to develop it. 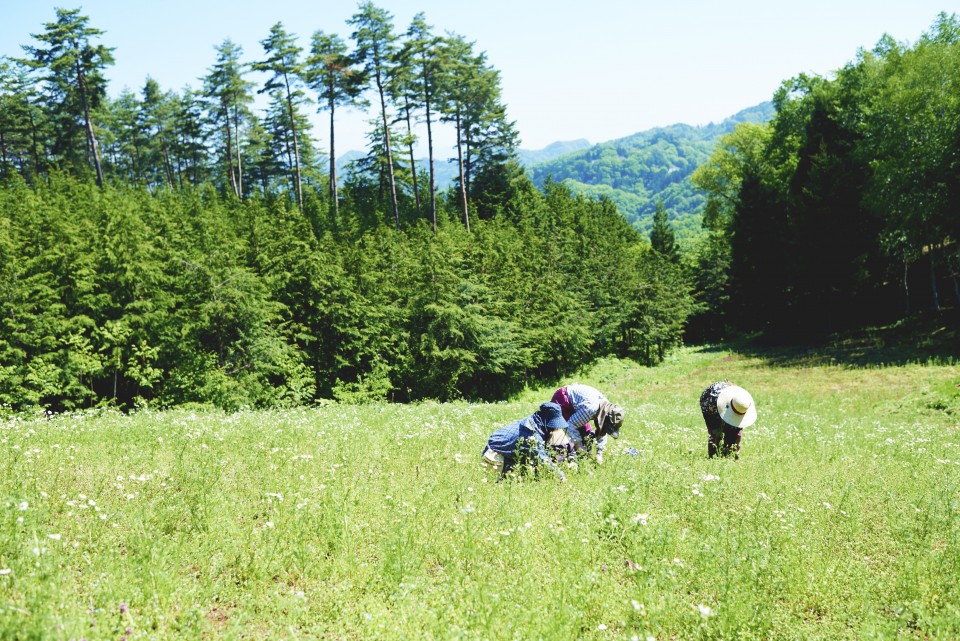 As of October 2019, there have been 15 communities recognized by the government as ecotourism promotion areas.

But Tsubone admits there are challenges for community-based ecotourism developments, the most obvious being lack of financial resources and people to work on such projects.

Of the 100-plus certified bio hotels in the world today, there are only three in Japan -- one in Nagano Prefecture, a mountainous area connected to Tokyo via the Hokuriku Shinkansen, one in Fukushima Prefecture in northeast Japan, and one on Japan's northernmost main island of Hokkaido.

While two were existing hotels that underwent renovations to meet the requirements of Bio Hotels Japan, Yasuesou in Nagano, famous for its German chamomile fields and chamomile extract bath, was committed to sustainability from the start.

For Nakaishi, jumping on the organic bandwagon meant investing in his health. When he discovered that eating clean would ease his crippling migraines, which started early in childhood, he quickly became an organic convert.

"In my 40s the headaches were so bad they were affecting my daily activities, so I tried to avoid harmful food additives. Within a few months, the symptoms faded. That's when spreading organic goodness became my passion," he said.

Instead of venturing into the organic food business or trying his hand at selling organic products, he chose to sell experiences that would add to the quality of people's lives and keep them coming back. At least that was the plan.

"In Europe, tourists are choosing bio hotels. But in Japan, the market is so small and none of the three bio hotels are in the Tokyo area so they're not so accessible. It's frustrating that we're not seeing the shift in consumer behaviors we wanted to see by now."

Contrary to heightened ecological awareness among consumers in Europe, the United States and other developed nations, the societal shift here has not been deep enough to break the price-sensitive Japanese culture, Nakaishi believes.

He explains the challenge is to close the price gap between organic and non-organic products and services, but Japanese businesses remain focused on short-term profit at the expense of long-term sustainability.

"We're trying to teach Japanese businesses that sustainable development requires immediate action. The longer we wait, the more left behind we will be from the rest of the world. Both the sellers and the buyers need to change. The policymakers need to wake up."

"We don't have time. We don't know which is more important, creating customer experiences that boost organic produce sales or driving technological innovation in recycling."

In the United States, sustainability has become undeniably mainstream, even in fast food and fast fashion.

Fast food chains KFC, McDonald's and Starbucks announced plans to reduce single-use plastics, while the prevalence of meat alternatives is increasing as awareness grows about the emissions intensity of animal agriculture.

Fashion brands like H&M and Zara have also stepped up in-store recycling initiatives. 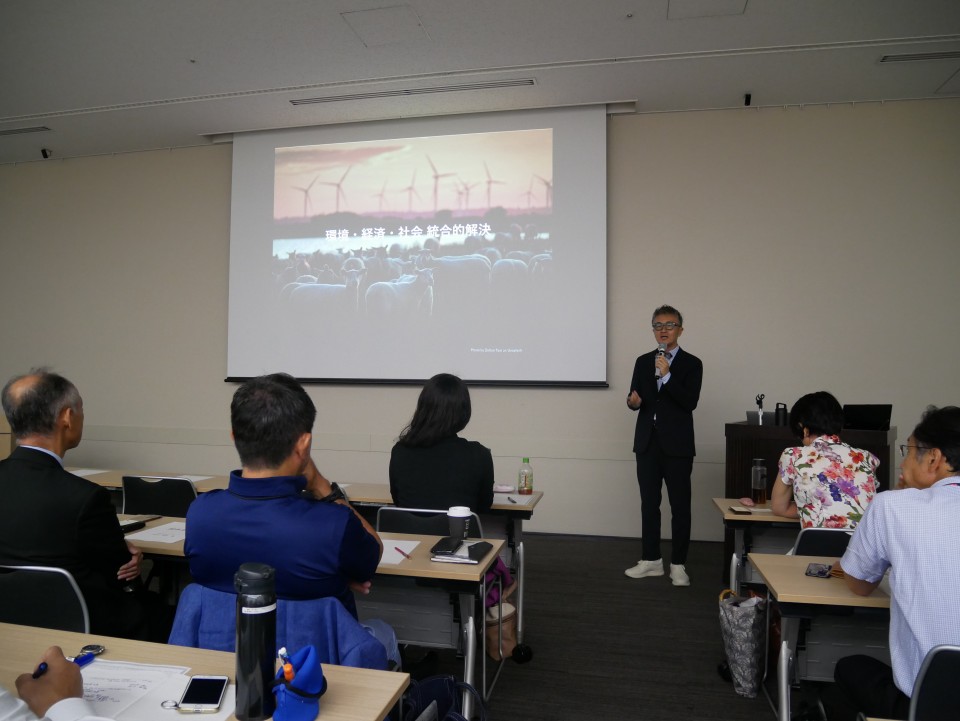 (Nakaishi speaks at a conference held in Tokyo on Sept. 12, 2019.)[Courtesy of Kazuhiko Nakaishi]

In Japan, leading retail clothing chain Uniqlo was one of the first to launch a recycling drive when it began a fleece-only recycling program in 2001. But the average consumer seems unaware of how damaging the mass production of cheap, disposable clothing is.

"Surveys show that many Japanese people are interested in organic products, but whether they will buy and continue to buy is a different story. We need to make these services more affordable and attractive. Clothing, food, everything," Nakaishi says.

"Bio hotels don't charge any more than neighboring hotels. We're partnering up with travel agencies and department stores to create exclusive tour packages. We want to offer customized hotel experiences. We want to do something that sets us apart."

In an ideal world, Nakaishi would like to see at least 47 bio hotels, one in each of Japan's prefectures. He says in Europe, more business travelers are understanding how their travel impacts the environment, thus the trend in green hotels in big cities.

He says sustainable luxury is not an oxymoron, and sustainable can also be luxurious and health-enhancing. He empowers people to be "global citizens" who aren't vulnerable to society's need for instant gratification and quick-fix solutions.

You will not find genetically-modified food or imported fruits at any of the three bio hotels in Japan, but instead you will be served farm-to-table cuisine using locally grown ingredients. Ecotourism gives tourists a chance to observe nature up close and enjoy its benefits.

"It's time to redefine luxury. Organic feels good. Slow life feels right. In order to increase the number of bio hotels in Japan, we need more people to choose eco-friendly accommodations so the demand goes up," Nakaishi says.

"Being environmentally friendly does not have to cost money. Many times it saves cost and generates cost. It's not just about doing something out of the goodness of your heart. Sustainability makes business sense."