South Korea secured a spot in next year's Tokyo Olympics and set up a tantalizing weekend series against Samurai Japan with a 7-3 come-from-behind win over Mexico in the Premier 12 super round at Tokyo Dome on Friday.

Following the afternoon game in which the United States beat Taiwan 3-2, the Koreans secured a spot in Sunday's final with a 3-1 super round record. Japan and South Korea will now wrap up the super round on Saturday at Tokyo Dome and then clash again in Sunday's final. 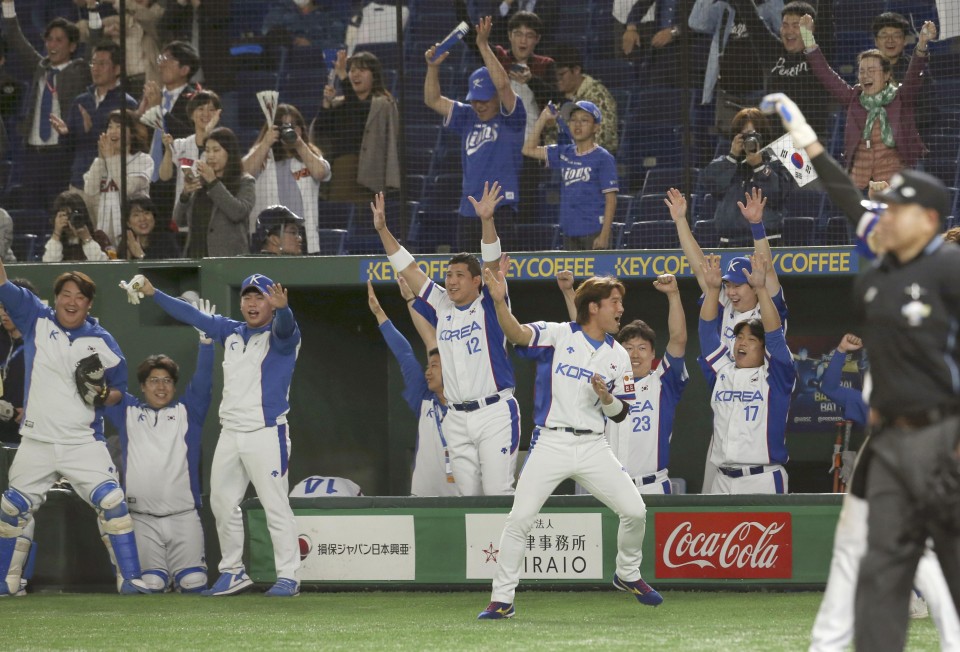 Taiwan and Australia are each 1-3 ahead of their clash Saturday afternoon. But since neither team can reach the final, they cannot finish higher than third, while South Korea is guaranteed at least a second-place finish.

In addition to South Korea, Japan has qualified as the Olympic tournament host, while Israel advanced through last month's European and African qualifying round.

The other berth in next year's six-team Olympic field on offer at the Premier 12 will go to either Mexico or the United States depending on which team finishes higher.