Bank of Japan Governor Haruhiko Kuroda said Tuesday additional monetary easing by the central bank would not be limited to cutting interest rates, while adding the economy would stay firm despite a recent consumption tax hike.

The BOJ last week said it would further lower borrowing costs if necessary, sending a clearer message to markets as pressure builds on it to follow its U.S. and European counterparts in extending stimulus amid signs of a global economic slowdown.

Speaking at a meeting with business leaders in Nagoya, Kuroda said the BOJ's new forward guidance meant that "there would be a downward bias in the policy rates."

But he also said, "There is no change in our understanding that, besides lowering the policy rates, there are various possible measures for additional easing."

"Combinations or applications of these various measures also would be an option," he said, referring to other steps such as expanding asset purchases from financial institutions. 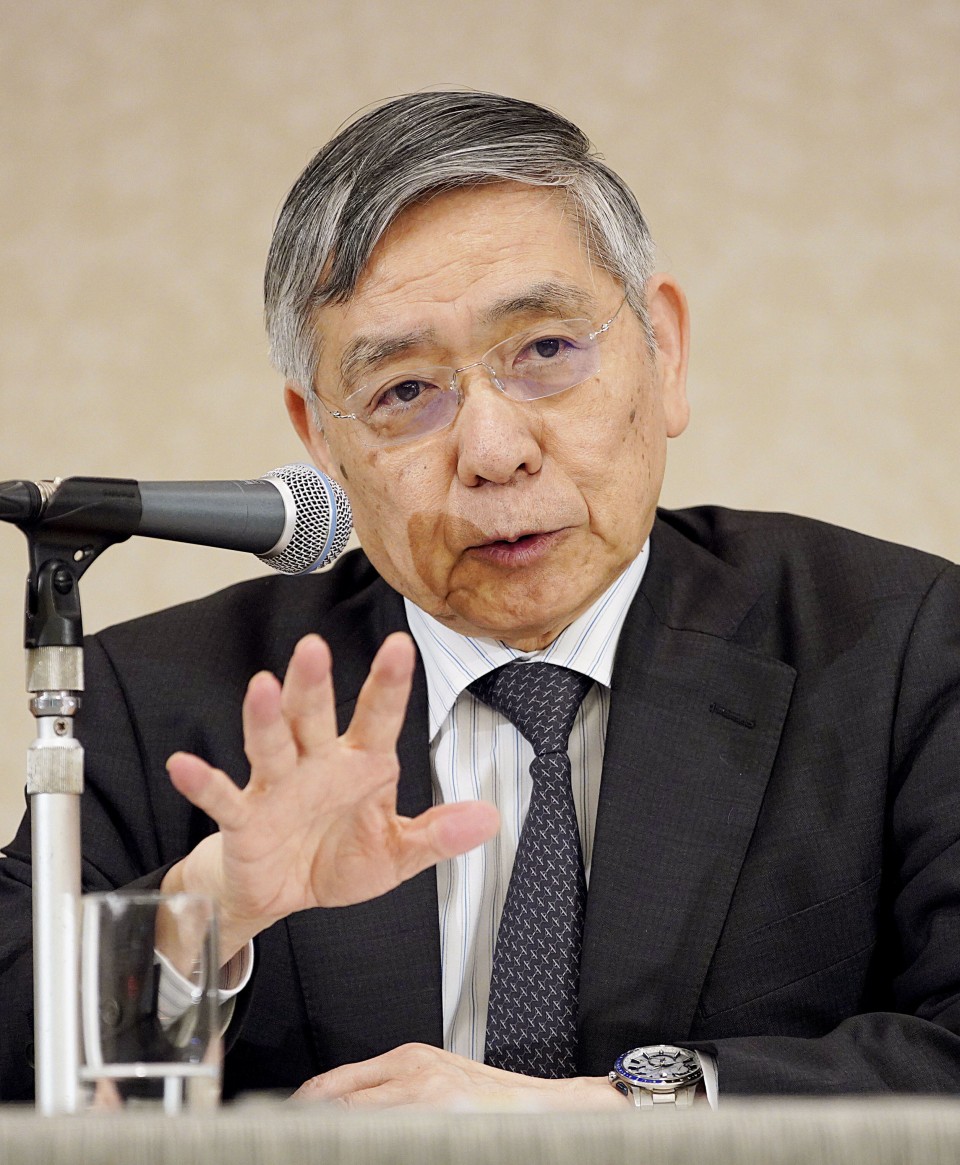 On the Japanese economy, the governor said the BOJ is monitoring the impact of the consumption tax hike to 10 percent from 8 percent on Oct. 1.

But he noted the impact "has remained small compared to that of the previous tax hike in 2014 as far as available data suggest," as the government has taken various measures to smooth out downside pressure on household spending.

As for overseas economies, Kuroda said he remained cautious about the prolonged trade conflict between the United States and China.

"I welcome recent developments between the two countries but there remain a wide range of unsolved issues," he said at a press conference later in the day.

Under the new guidance, the BOJ is expecting short- and long-term interest rates to remain at their present or lower levels as long as there is a possibility of losing momentum toward its 2 percent inflation goal.

Kuroda said the BOJ will keep guiding long-term rates around zero percent with some leeway in either direction.

As for the timing of additional easing, Kuroda attempted to quell speculation that the BOJ would wait until the government extends fiscal stimulus, in order to create a synergy.

Market participants increasingly expect the BOJ to reduce short-term rates from the current minus 0.1 percent in any additional easing. But many banks have grown concerned that deeper negative rates could eat into their profit margins. 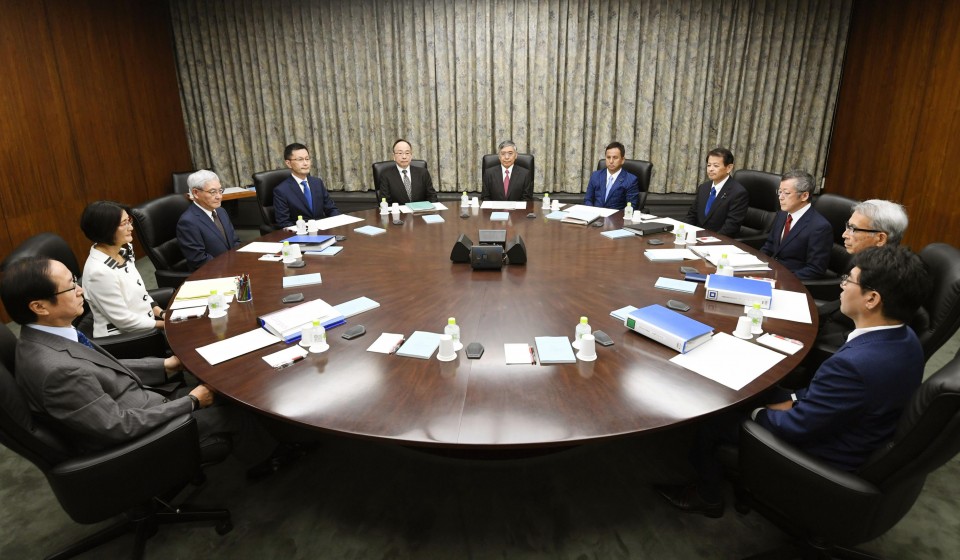