Hirotada Ototake, a Japanese writer born without arms and legs who is best known for his 1998 memoir "No One's Perfect," has embarked on a project to develop electrically operated "robot" legs that will enable him and others like him to walk.

The 43-year-old Ototake, who writes about his challenge in a new book released on Friday, said he hopes to give hope to people who have lost their legs due to disabilities or accidents. 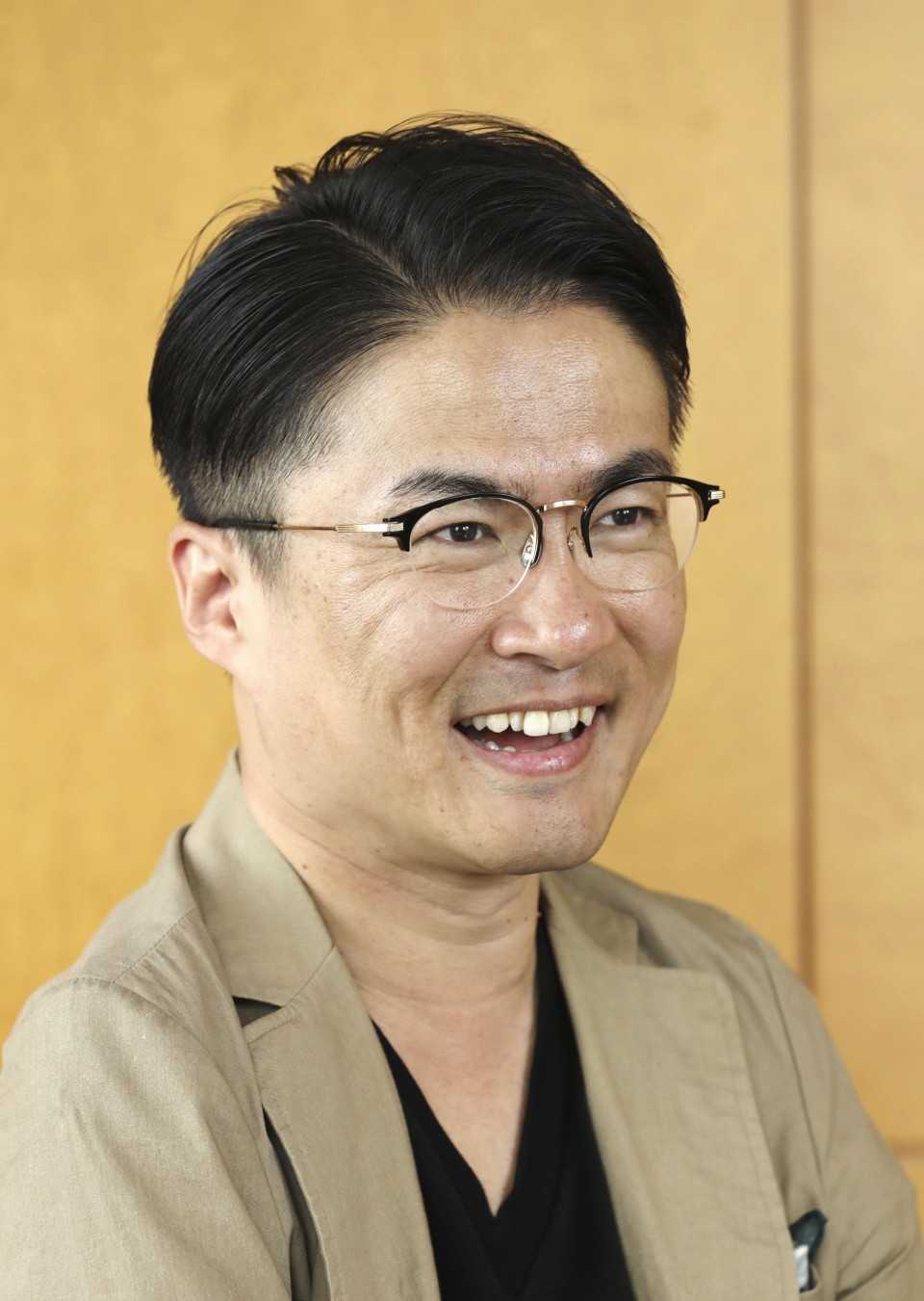 Recently in Tokyo, Ototake took another try at walking with the artificial legs developed by Sony Computer Science Laboratories Inc. Each leg, including the shoe, weighs 5 kilograms. While attempting to keep his balance, he walked cautiously but twisted his face in exhaustion after finishing the exercise.

"After much practice and walking just a short distance I can see that there are many difficulties in using this," Ototake said. "It's not just walking. I can't even stand properly. It's like taking three steps forward and two steps back."

Ototake, who also attaches artificial arms during the routine, practices with the artificial limbs once or twice a week. Including time for stretching, each session takes about one hour.

As part of his training, Ototake regularly climbs up and down the emergency staircase in his apartment building on his stumps without using the artificial legs. He has had to have the sockets for the artificial legs reworked to fit his muscular thighs. 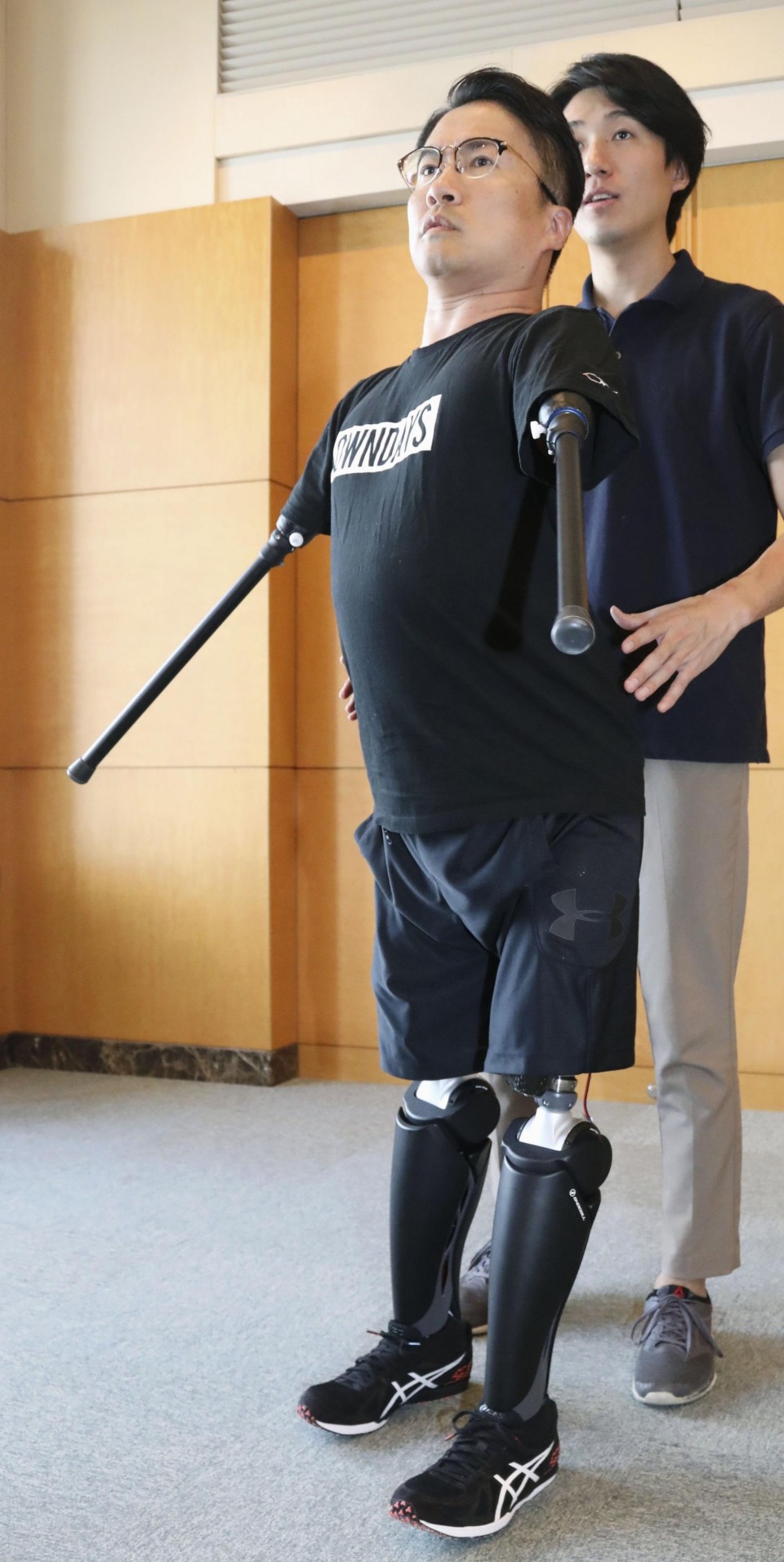 The farthest he has walked during an exercise is 20 meters. But Ototake, who is accustomed to using an electric wheelchair in daily life, said he is not involved in the project just for himself. It is more a matter of helping others.

"There are many people who lose their legs after they were born but hope to walk again. I am assisting with spreading the word to people that there is a technology that can help them walk again," he said.

Ken Endo, 41, is the project leader at the Sony laboratory in charge of developing the robot legs. 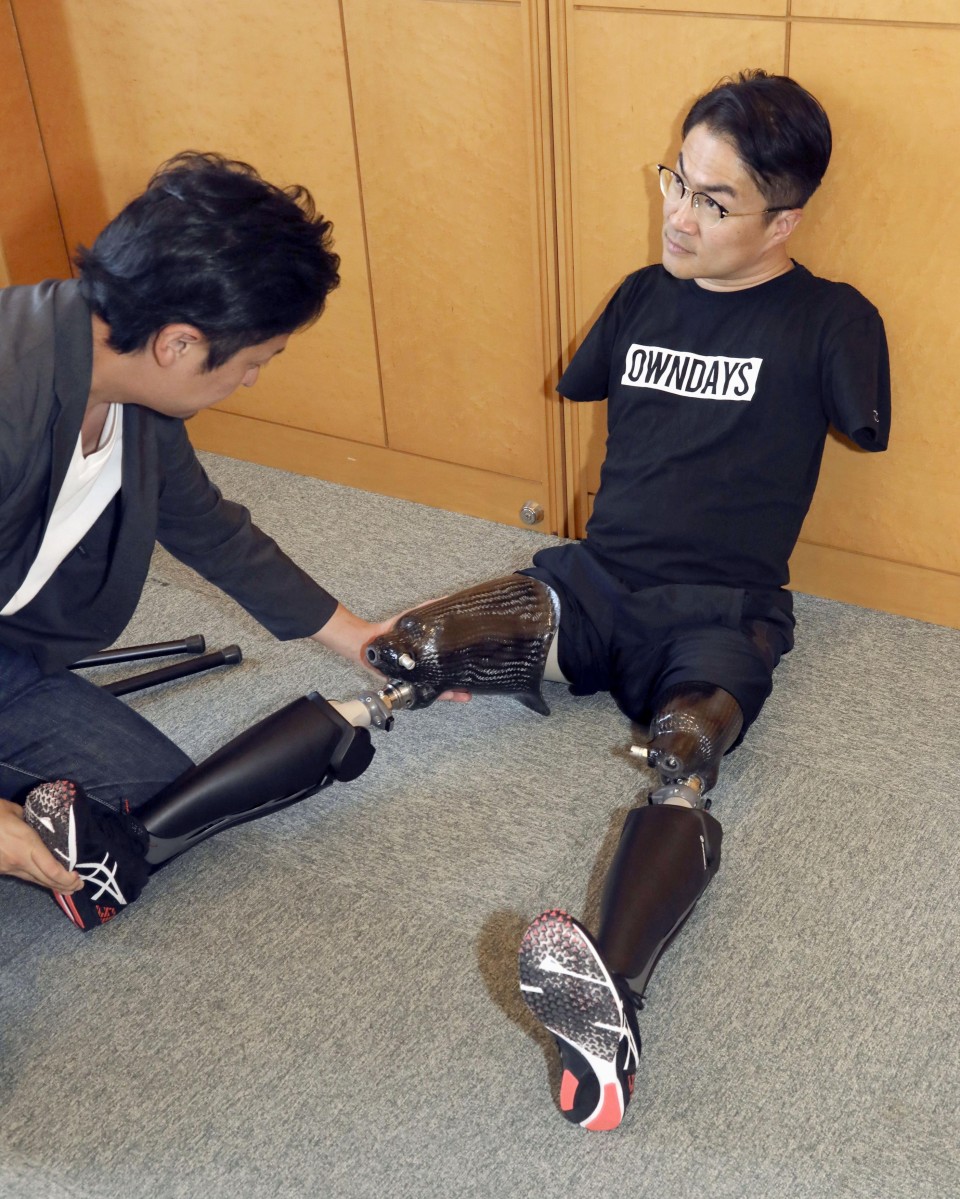 A motor and computer are installed in the leg's "knee." Endo, who came together with Ototake to launch the project in the fall of 2017, said ultimately the goal is to have people who use the legs climb steps and stand and walk as naturally as people born with legs. But there is still a long road ahead.

"Human being's legs are very well developed so replacing them with artificial limbs is difficult. But I believe we can develop ones in which the movement is not awkward and eventually have a society where there is no difference between people with disabilities and those who don't have them," Endo said.

Ototake said it was all about hope.

"For people who have given up on things in life and are going through hardships, I want them to feel that there is a ray of light that society is changing little by little for the better."